The G2 Rearing Arabian has quite the range of release colours and look-alikes. First up are the black and dark grey models. 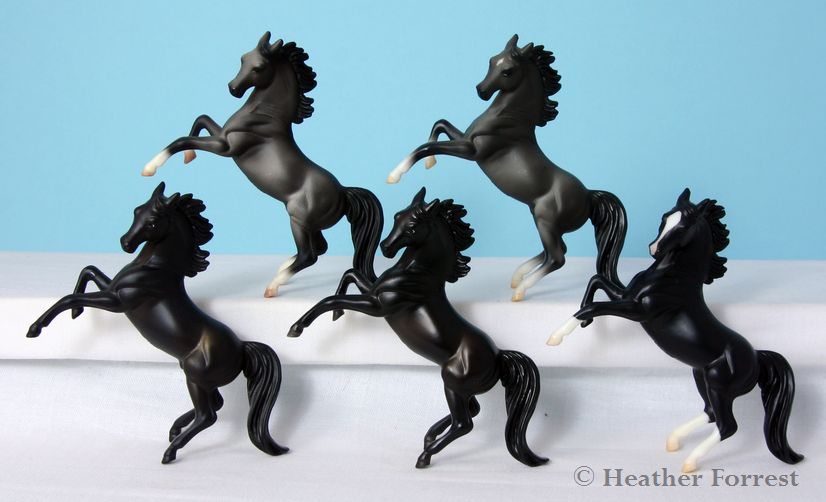 Like the models above, the two solid black models are the same except for one small difference - #5401 Flicka and Family Gift Set (2006-07) is a stallion while #750010 Flicka in the Wild Stablemates Set (2006) is a mare. It is possible that there are some male #750010 models floating around out there, though. 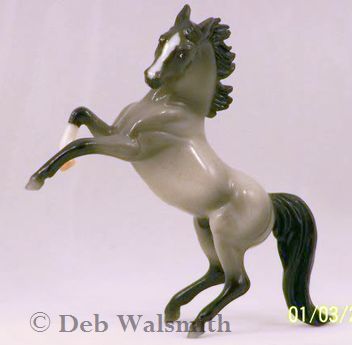 Also in the dark grey family is the incredibly rare German Show Special Stablemate Set (2006) G2 Arabian. This model is a black roan or a shaded grey with an off-fore stocking, blaze, eye-whites, and a high gloss finish. 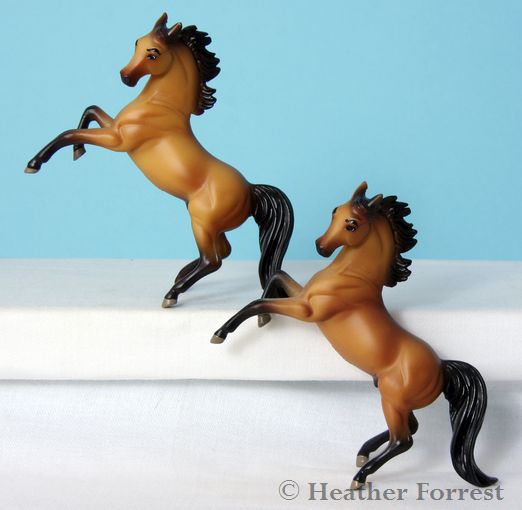 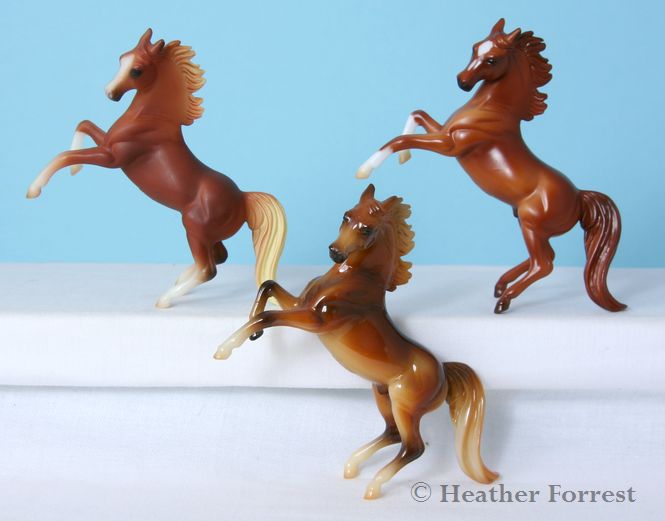 Oddly enough, all of the chestnut G2 Rearing Arabians thus far have been special runs. The first release, Just About Horses #790798 Special Edition Stablemates Gift Set (1998) is the only old plastic release and is a flaxen chestnut with four stockings and a bald face.

The other model on the top row is the only non-flaxen chestnut of the bunch and is from the JCPenney #410528 Stablemate Parade of Breeds (2011) set. This model sports fore-socks and a large star.

On the bottom row is the only glossy chestnut, a heavily shaded flaxen chestnut with three socks (not off-fore) and a hard, high gloss finish. 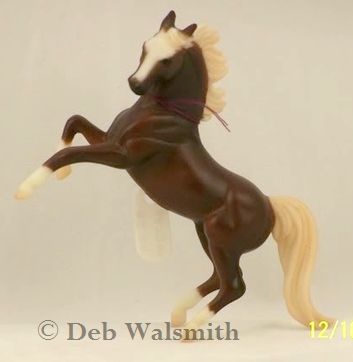 Winner of the most elusive chestnut G2 Rearing Arabian award is from the TJ Maxx special run set #701774 Horses of the World (2004) This model is a high contrast dark chestnut with flaxen mane and tail, four socks, and a bald face. 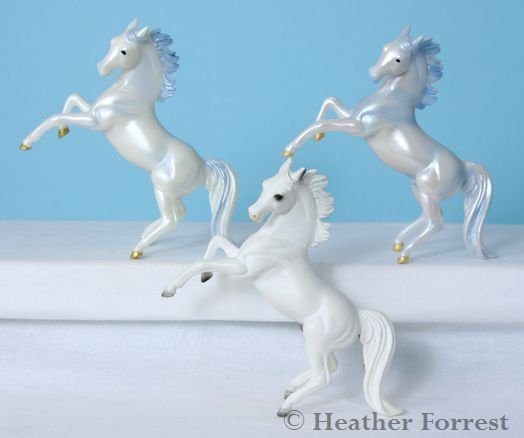 #5911 Fantasy Play Set (2003-05) and Target special run #720229 Pony Gals - Princess Kayla Fantasy Adventure (2009) are similar, but not identical. The regular run is a pearly white with very delicate blue shading, a mostly blue mane and a tail with one or more blue stripes. The hooves are metallic gold. The special run is also a pearly white, but with a pale pink luster, heavier blue shading, candy-striped mane and tail, and hooves that are more of a pearly gold than metallic.

The only dapple grey G2 Rearing Arabian is the #700203 Elegant Ornament (2003). This model is a shaded, dappled, and pearly grey wrapped in a red ribbon. 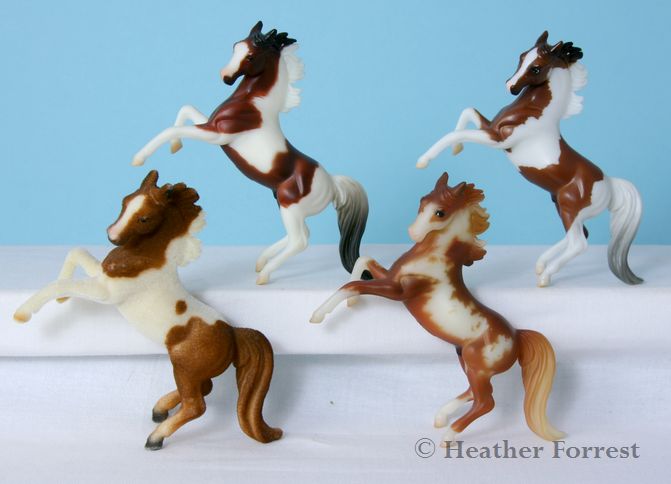 There are many ways the tobiano pattern can be expressed, but JCPenney #410174 Stablemates Parade of Breeds - Mustang, Bay Pinto (2004) and BreyerFest Breyer Store Special #711080 Stablemates 20th Anniversary Commemorative Set - 1996 Tseminole Wind (2009) manage to appear very similar.  The JCP special run is a red-toned bay with a smoother, less detailed pattern with a wider blaze and a tail almost totally black.  The BreyerFest special run is more of a brown-toned bay with a more detailed pattern, a grey tail tip, and eye-whites.

BreyerFest Breyer Store Special #710401 Flocky Set II (2001) is the only chestnut tobiano of the bunch and is easily identifiable with his fuzzy flocked coat. 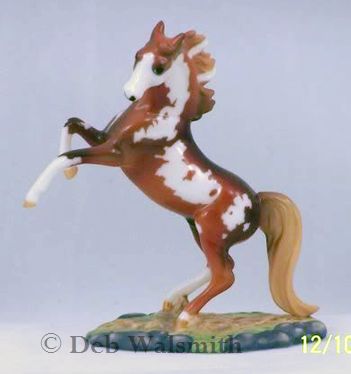 This last model should be a no-brainer: BreyerFest #710504 Hidalgo Porcelain (2004) has a pattern identical to the regular run plastic above, but this model is porcelain and on a base. The porcelain version sports crisper markings and richer shading as well and is a highly sought after member of the G2 Arabian Conga.