The original ceramic Hagen-Renaker mold, #389 Mini Morgan Stallion5, was sculpted by Maureen Love Calvert, and leased from the ceramics company by Breyer for production in plastic. Officially released in 1976, the Morgan Stallion mold was discontinued along with the other Generation One molds in 2005.

During this time, Breyer released ten regular runs and twelve special runs on this mold, putting him in second place for the most used G1 mold, eight runs behind the G1 Draft Horse. The popularity of this mold makes it one of the more difficult and expensive ones to conga; the sheer number of releases (especially with those three "Arabians" during the first part of 1975) doesn't help matters, either. 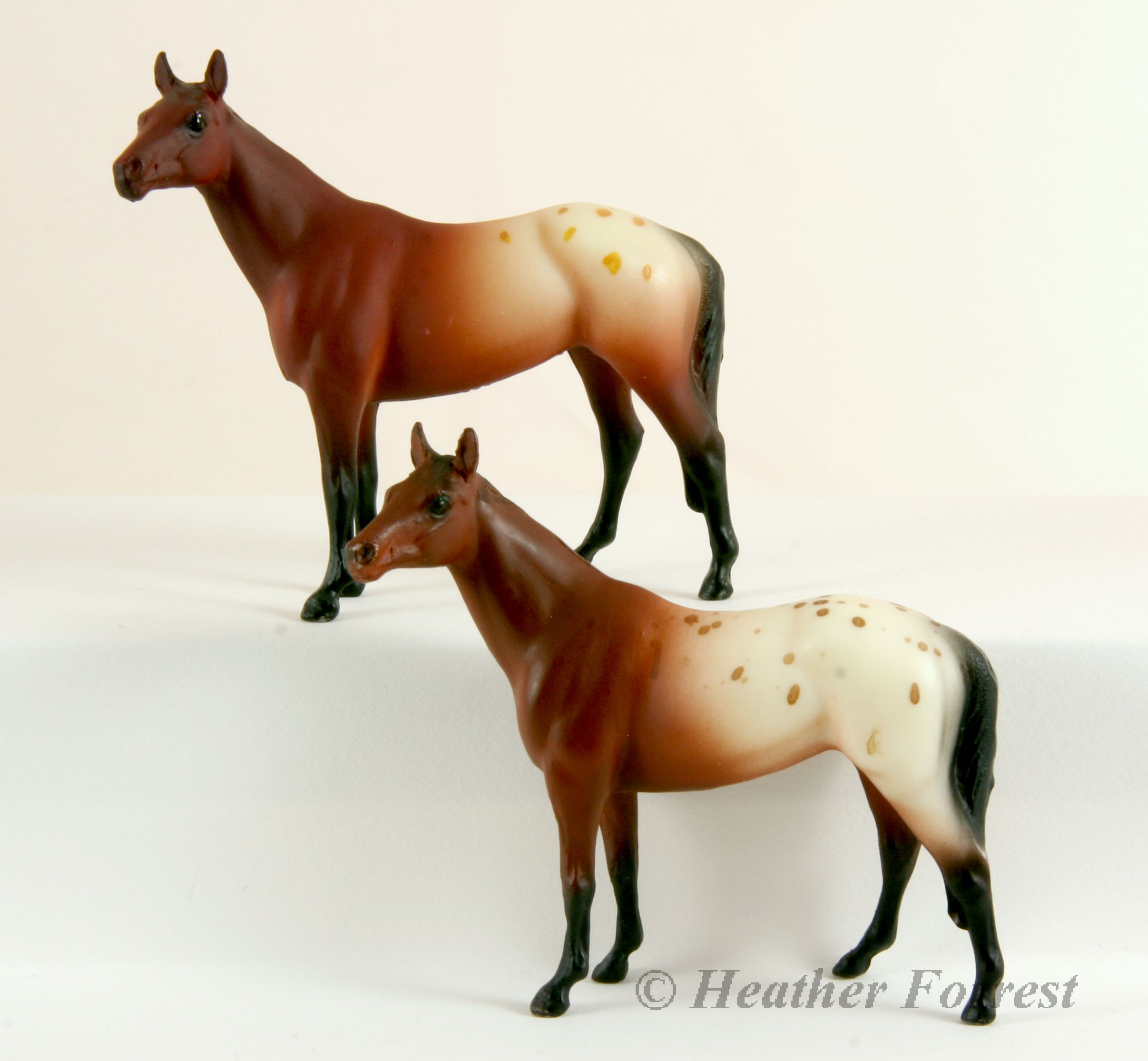