Though collectors have been drooling over hard to find models such as the Riegsecker G1 Draft Horses for longer, the three special runs in today's post are older and even harder to find - we just didn't know about them until relatively recently.

Before the dawn of the internets, collectors only found out about the smaller, more obscure special runs through word of mouth or by being fortunate enough to read the right magazines and newsletters. Breyer did, and still does, release small numbers of special runs for an audience other than the greater collecting community, so if you aren't in the know, it can be hard to keep up.

Some examples of the early runs began coming to light as the Breyer events got bigger and more popular, and information became more widely disseminated as Breyer collectors got online and started comparing notes. Now it's possible to get the latest model news as it breaks via Facebook and the assorted forums which have sprung up.

A metal G1 Saddlebred? Is this a knock off, a custom, or could it be original finish?! It turns out that in 1975 Breyer commissioned an outside company to create 1,000 of electroplated G1 Saddlebreds to celebrate their silver anniversary 34 and probably to announce the introduction of the stablemate line. These were given away as promotional items in silver boxes with purple inserts.34

The first BreyerFest auction in 1990 featured one of these silver models; the auction card confirmed the production numbers and the 1990 Nov./Dec. Just About Horses described the distribution method.34 It is probable the existence of these models wasn't widely known until the 1990 auction and JAH mention.

Almost as difficult to find, especially complete with his base, is this little conversation starter - Emperor Gold Bar and his 'Genuine horse-hockey'. Yes, you've got that right, he originally came with real horse poo!

Production quantity is unknown and dates for this release are uncertain - they're generally listed as 1975-85. A collector bought one example from a seller who stated they had purchased the model some time in 1975 and another collector found an ad in a 1980 issue of Horse of Course! magazine in 1994, at which time it was brought to Nancy Young's attention.17

No one seems to have any idea why the owner of Emperor Gold Bar or Breyer would choose the G1 Arabian Stallion for this run as the horse it was representing was actually a Quarter Horse. The palomino stallion came mounted on top of a clear resin base containing a small piece of horse poo. He came with a hang-tag reading:

Inside: Great grandson of world-famous 'Three Bars,' and one of the most beautiful racing bred stallions in the world. Declared undisputed world equine tetherball champion in 1971 and still holds claim to that title today. Emperor is sometimes referred to as the 'million dollar lover' since his advertised breeding fee is a whopping $1,000,000,000 [sic].
Space-Age Products
Tolleson, AZ 17

The ad found in Horse of Course! read:


Emperor's Gold Bar is the beautiful racing bred stallion who's[sic] advertised breeding fee soared to an incredible one-million dollars!!!! Now you can own a piece of this Gorgeous Palomino stallion. Genuine 'horse-hockey' from Emperor's stall artistically entombed in transparent plastic. Atop is a solid detailed statue of Emperor.
The Conversation piece of the century, and the perfect gift. Order Now While Supply Lasts.
$8.50
The Clements Co.
Guntersville, AL 17


As famous as this horse seems to have been, I haven't been able to find anything on him with a Google search or through AllBreed. I'm sure the AQHA pedigree database would bring up his record, but I'm not curious enough to purchase a membership. 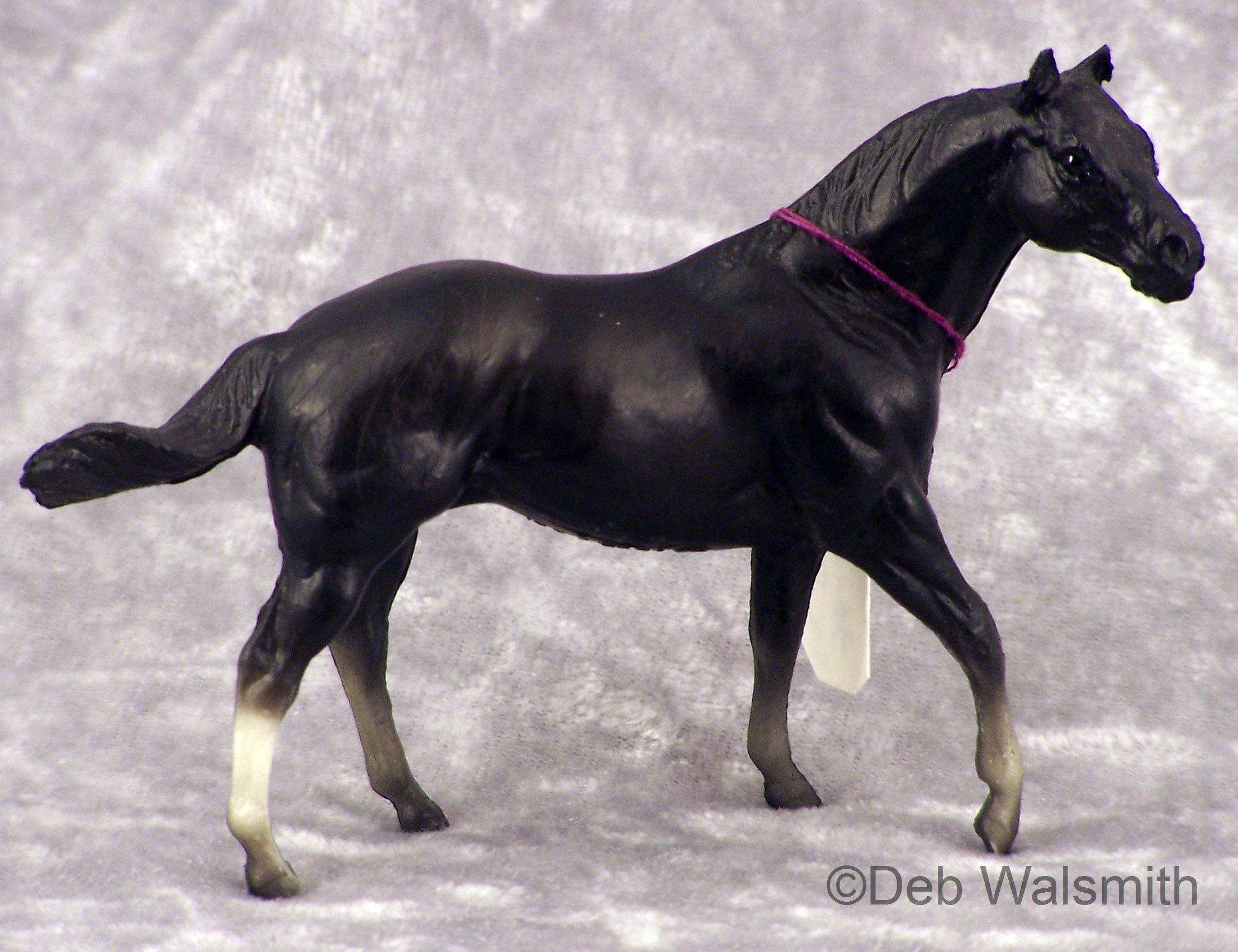 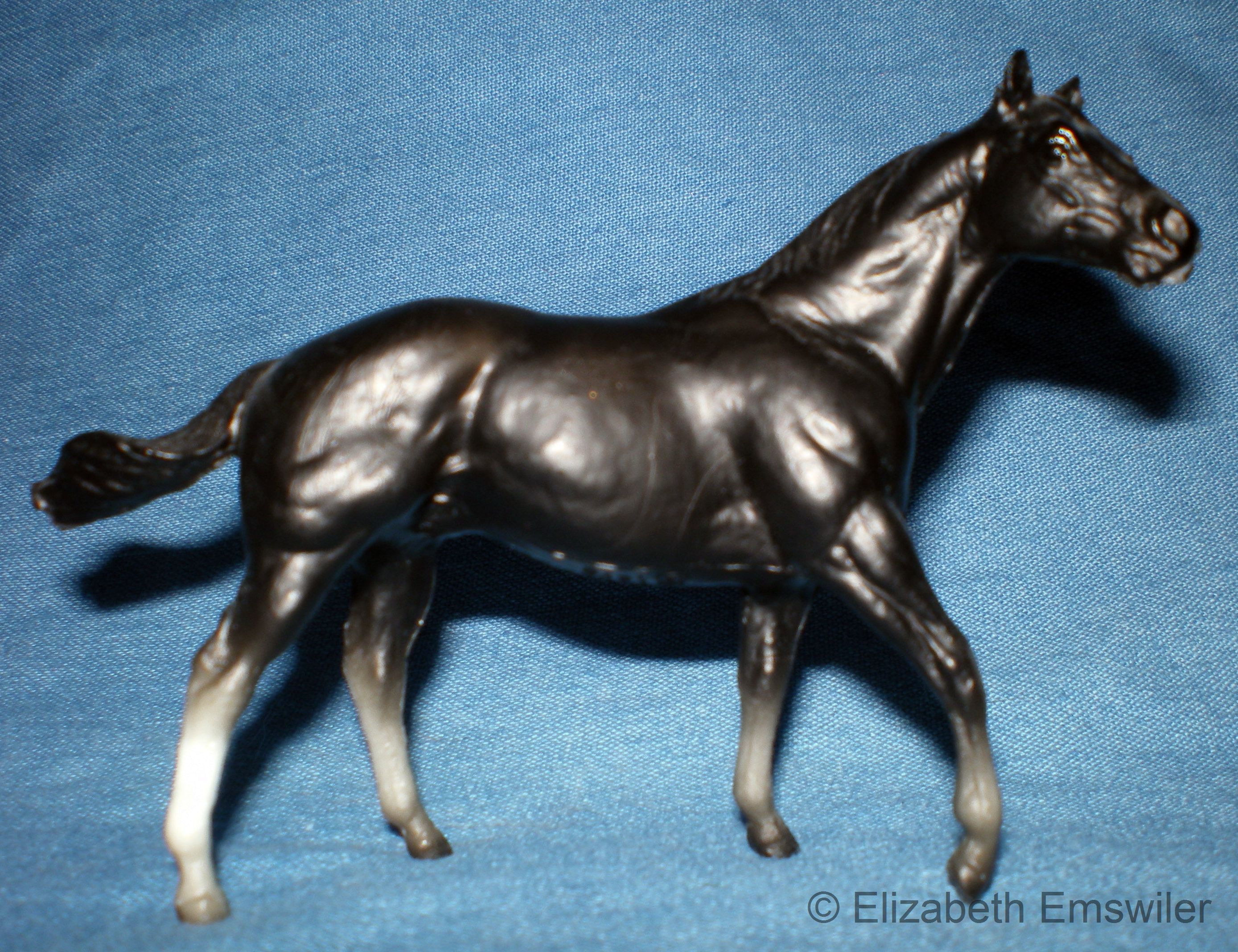 Even later to the party was the special run G1 Quarter Horse Stallion sold by the Chincoteague Miniature Pony Farm, home of the descendants of Misty of Chincoteague. This little black horse was commissioned to represent Pancho, one of the farm's performing Miniature Horses. In the act, these Minis were billed as different breeds, Pancho was their star "Quarter Horse".

These models are reputed to have been in production since the 70s, based on the release dates of the mold, 1976 is probably the earliest date they could have appeared. According to the owner of the shop, less than 1,000 models were produced.35

In the late 80s or early 90s two collectors purchased a quantity of these models from the shop at the pony farm during their holiday on the island. Some of these were offered for sale at the 1997 BreyerFest at which time the hobby at large became aware of the run. The rest were offered later in 1998. Other collectors then came forward with examples which had been purchased in 1982/83.35

It is uncertain how long these models were produced, but with their relatively small production number, it is likely that they were purchased from Breyer in one batch and were sold from the shop for a period of years before the supply ran out.


How exactly these models were packaged is unknown, but some examples are accompanied by a few other souvenirs from the shop, namely a sheet of puffy stickers representing ponies from the farm and a postcard featuring Pancho in front of the iconic Chincoteague Pony Farm barn surrounded by adoring fans. 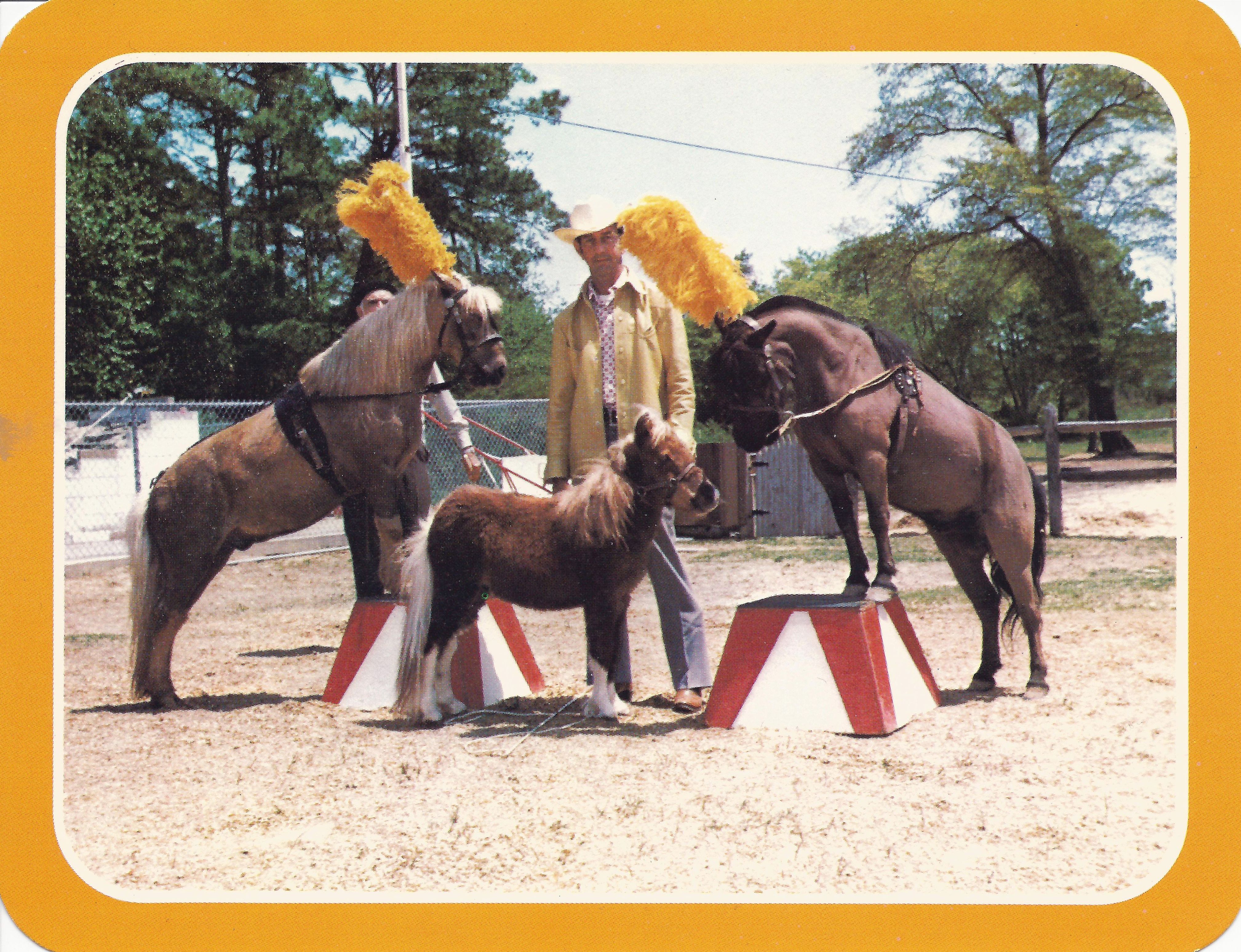 Many, many postcards have been printed by the farm with pictures of Misty and her family and friends. A surprising number of different Pancho cards can be found.


A history of the Chincoteague Miniature Pony Farm and pictures of the ponies can be found at Misty's Heaven.


Many thanks to PolarVrtX, Deb Walsmith, Elizabeth Emswiler, Amy Widman, and Eleda at Triple Mountain for providing pictures of these rarities from their collections!

Though the box and dealer catalogues show #5185 with a near-hind stocking, models with four solid legs were found right off the bat. I don't know what the production break-down on this particular variation is, but both seem fairly easy to find.