With such a small number of runs on the Citation mold, it would follow that there aren't too many look-alikes to worry about. The appaloosas and greys are so different there's not much confusion there. Really, the only question one might have is "which brown Citation is this?" 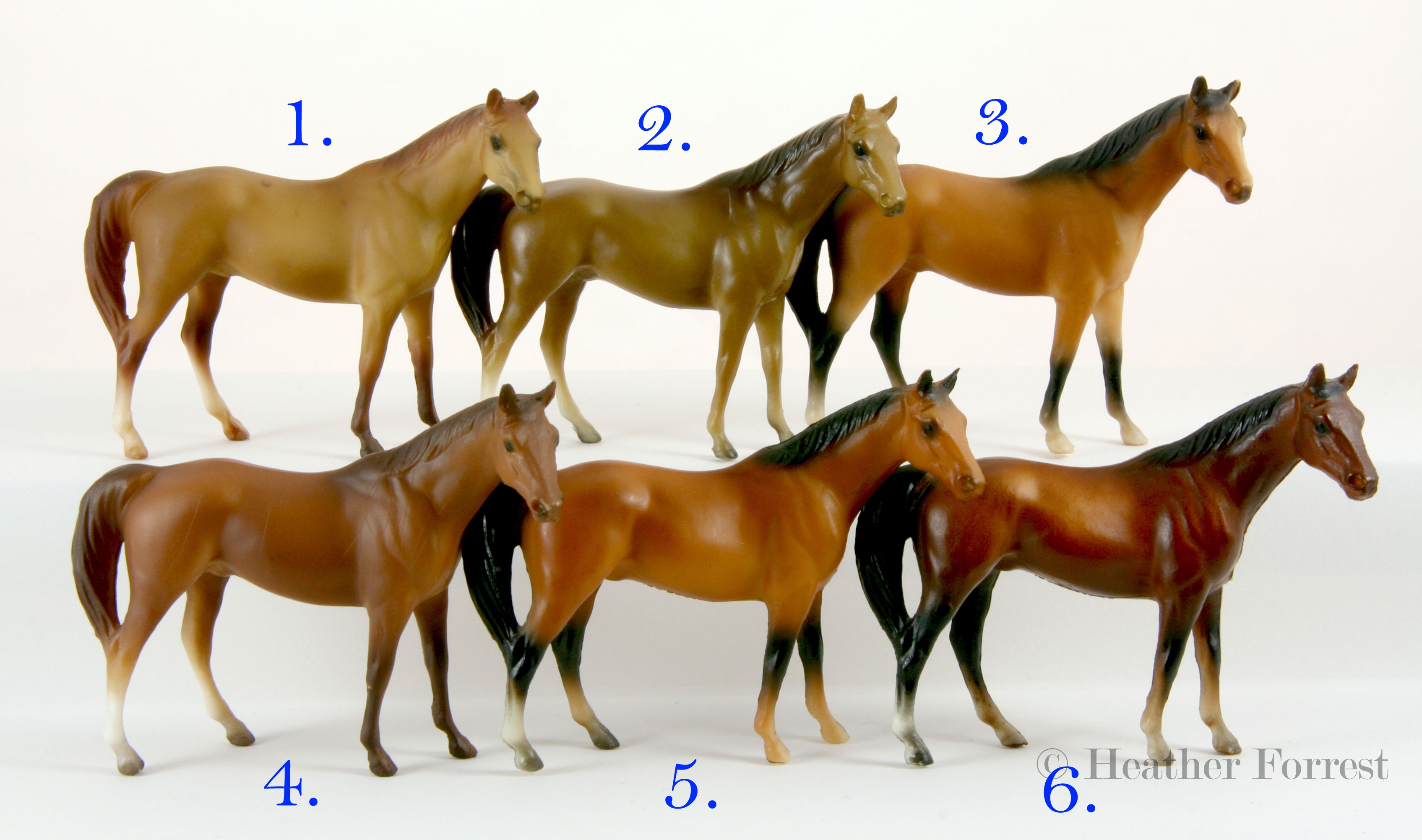 The original ceramic Hagen-Renaker mold,  #11 Citation10, was sculpted by Maureen Love Calvert, and leased from the company by Breyer for production in plastic. Released in 1975, the Citation mold was discontinued along with the other Generation One molds in 2005.

During this time, Breyer released only four regular runs and ten special runs on this mold, putting him in a three-way tie for the third least-used Stablemate mold.

The Thoroughbred foals came in scads of variations even though they were only in production two years. Leg markings and variations in colour and finish are most common, but a few rare examples have facial markings. Mine are of the less dramatic variety, but still super cute.

Collectors held their collective breaths when the 1995 JCPenney Christmas catalogue came out; would there be another Stablemates Assortment this year? Why, yes, yes there was! There, nestled in amongst the other Breyer holiday offerings was the Set of 12 Miniatures, and weren't they lovely?