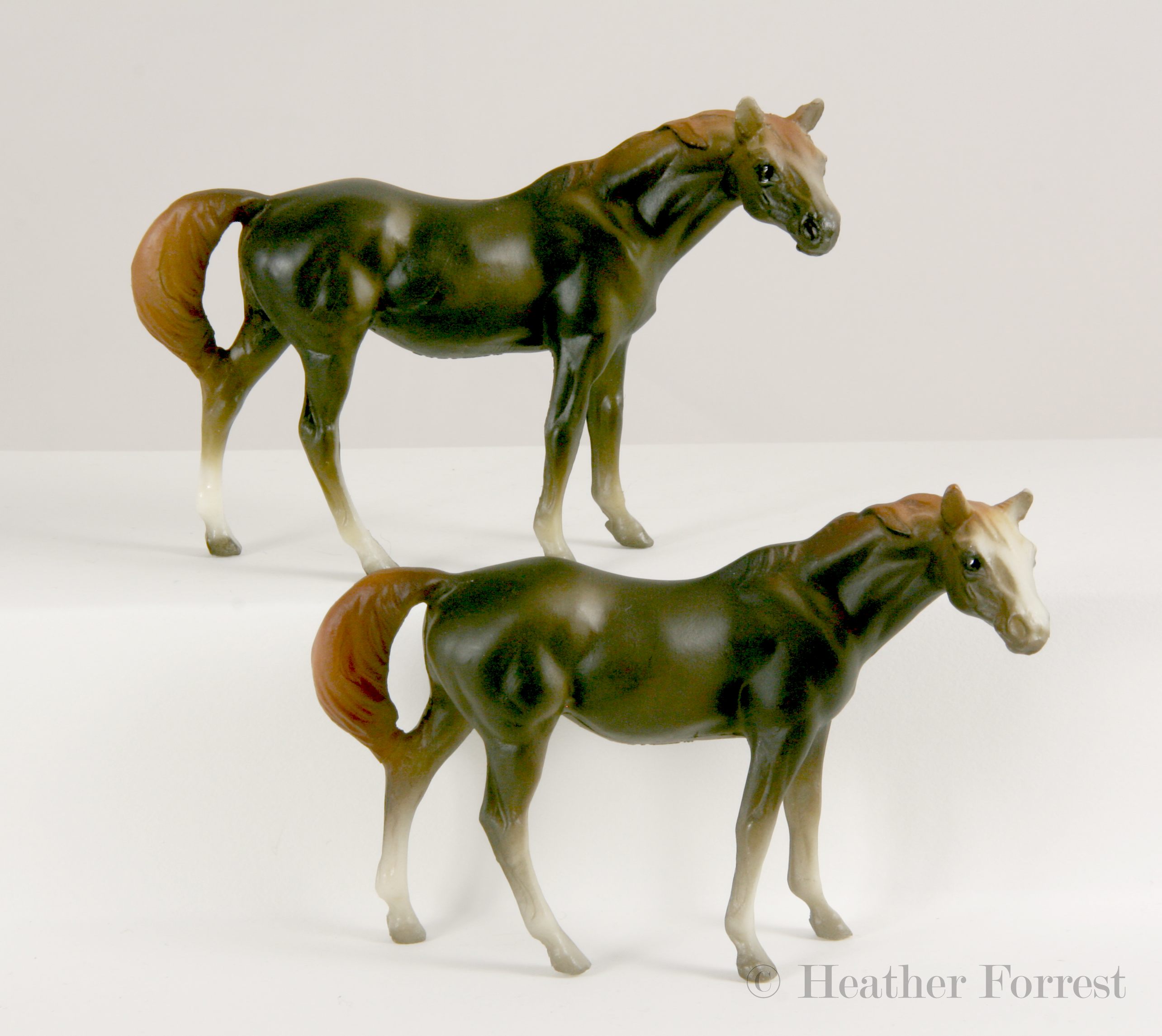 The original ceramic Hagen-Renaker mold, #46 Mini Arab Mare1, was sculpted by Maureen Love Calvert, and leased from the company by Breyer for production in plastic. The Arabian Mare mold was released in 1975 and was discontinued along with the other Generation One molds in 2005. During this time, Breyer released ten regular runs and eleven special runs on this mold, making her one of the top four most used G1 molds.

It's My Party and I'll Blog if I Want To

Since today is my birthday I thought I would have a look back through my collection and do a  group photograph of the various Stablemate scale models I received on my birthday. I ran a little database query and was shocked by the results - out of over 800 Stablemates, though I purchased many with birthday money, I only received three as actual gifts!