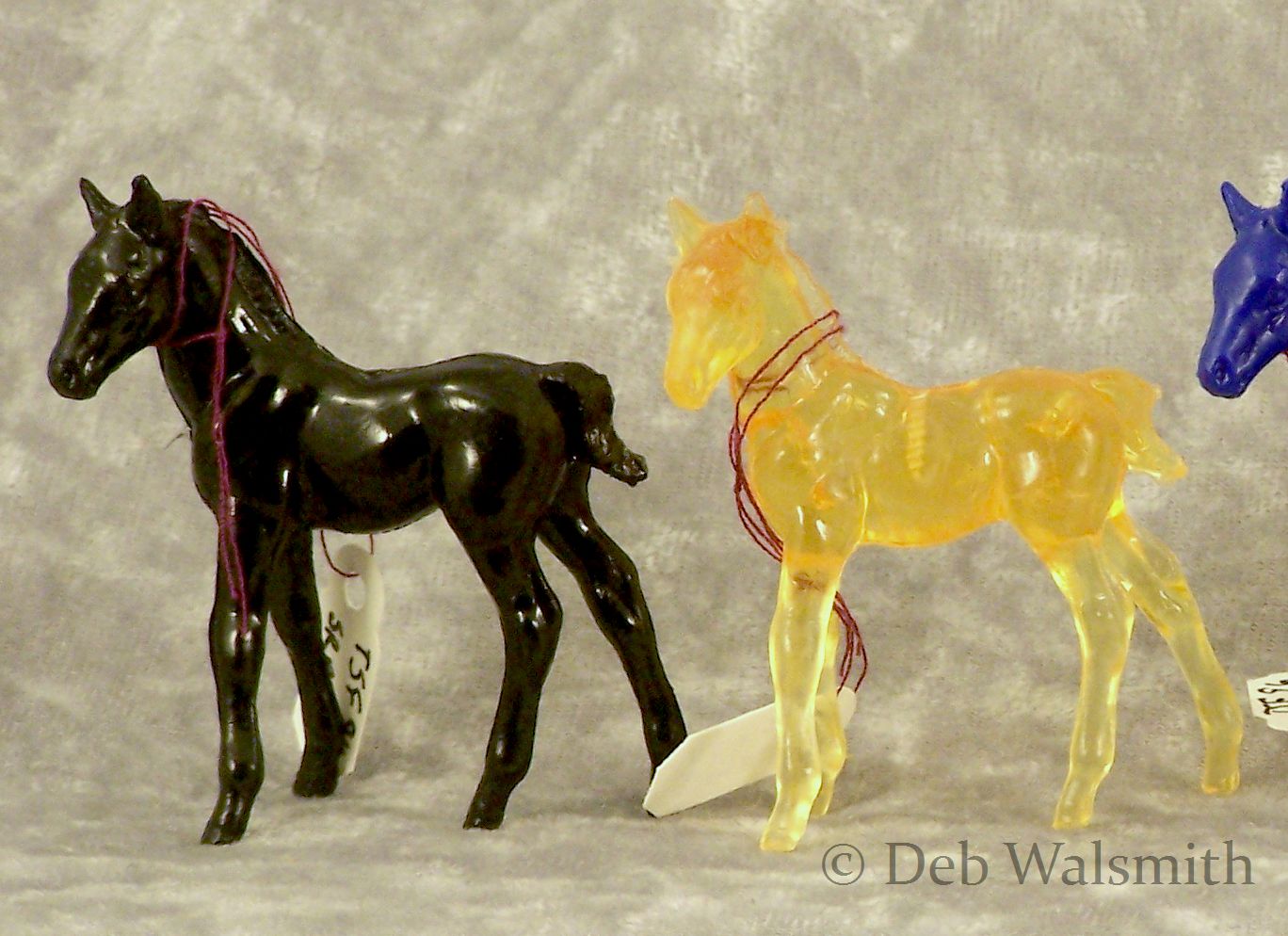 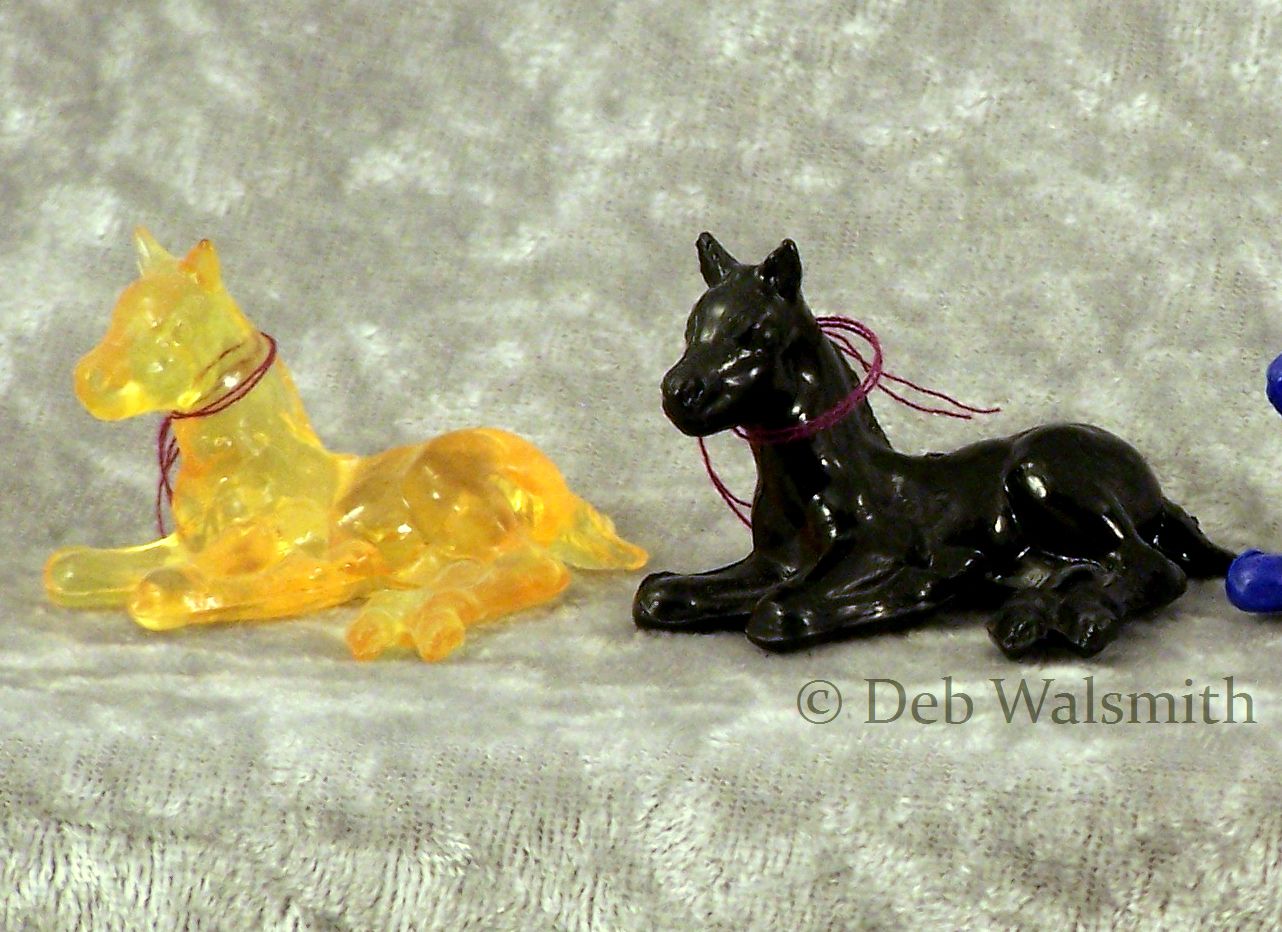 Models and pictures owned by Deb Walsmith and used here by permission.
Some collectors prefer to remove the key-chain hardware for aesthetic reasons or for easier display
Read more »
No comments: Links to this post

The G1 Saddlebred doesn't have many look-alikes, and the only pairs with similar colours are quite easy to tell apart in practice. The basic identifying characteristics are the same for both look-alike colours - old plastic vs. new plastic, unpainted ribbons vs. painted ribbons, regular run vs. special run.