Compared to some of the other molds, Native Dancer's look-alikes are blissfully simple. There are really only two releases which might possibly cause a moment of confusion. 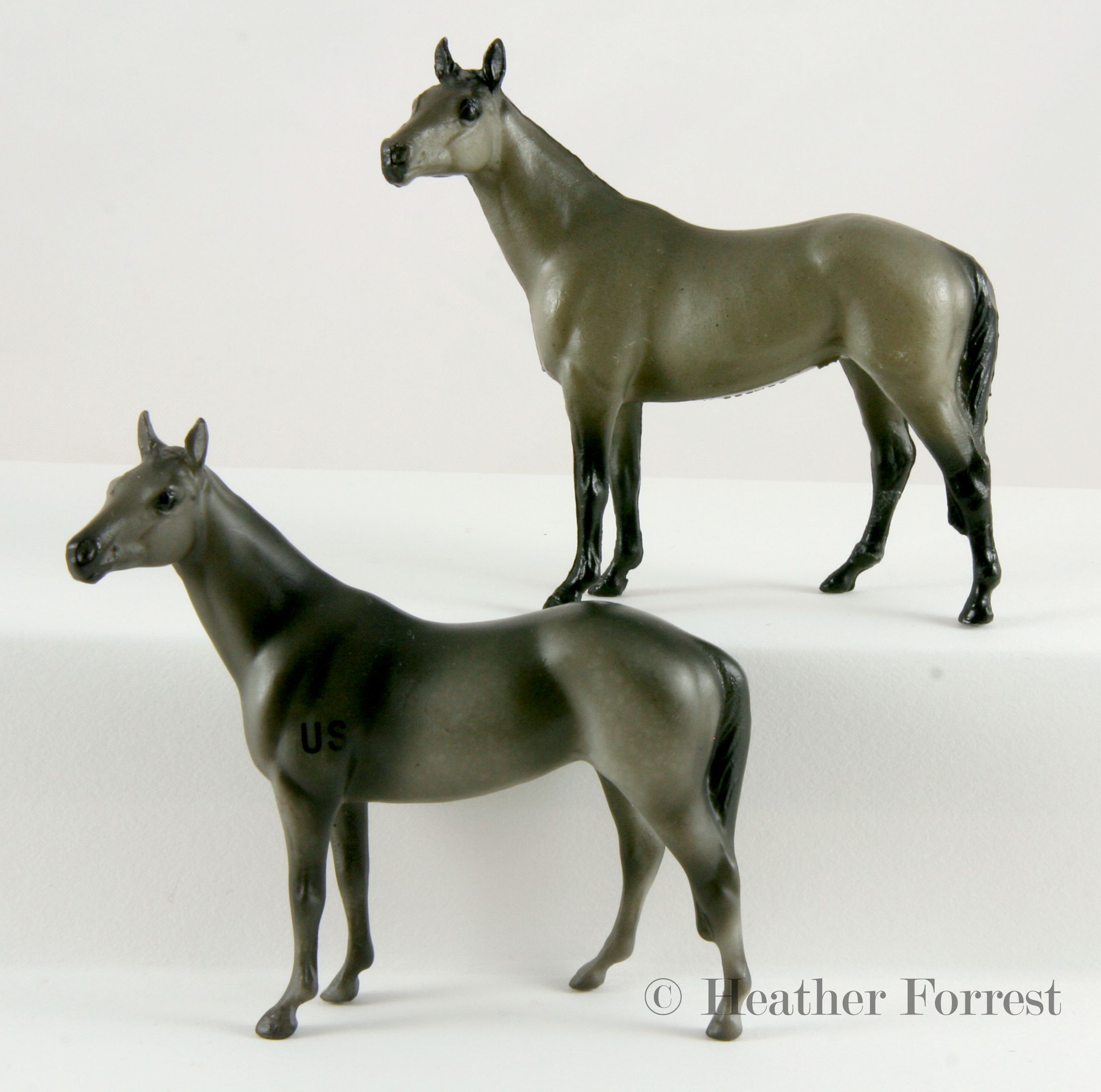 There isn't too much to say about these guys. Breyer's splatter appaloosa technique results in a unique pattern every time, so every model produced for these two runs will be a variation. Let's just sit back and enjoy the spotty goodness.

The original ceramic Hagen-Renaker mold, #12 Mini Native Dancer6, was sculpted by Maureen Love Calvert, and leased from the company by Breyer for production in plastic. The Native Dancer mold was released in 1976 and was discontinued along with the other Generation One molds in 2005. During this time, Breyer released only four regular runs and eight special runs on this mold, making this the second least used G1 mold, just ahead of the G1 Quarter Horse Mare.