Over time, frequent use and the odd polishing session gradually robbed the molds of the G1 Stablemate line of their refinement and detail. During the production process, the relatively soft metal Breyer used for the early Stablemate molds would become etched by the injection of the extremely hot liquid plastic, and after a time, a polishing would be needed to remove those marks.

While the operation is only meant to lightly buff the metal, it's not difficult to remove fine detail; some of the molds may have been polished so vigorously as to lose their mold stamps, which then had to be retooled. Down the line we'll get a look at these guys when we revisit the mold stamps.

Unlike most variations which tend to be random fluctuations depending on the whim of the painter, the darkening of #5175 seems as if it might have been a systematic progression. 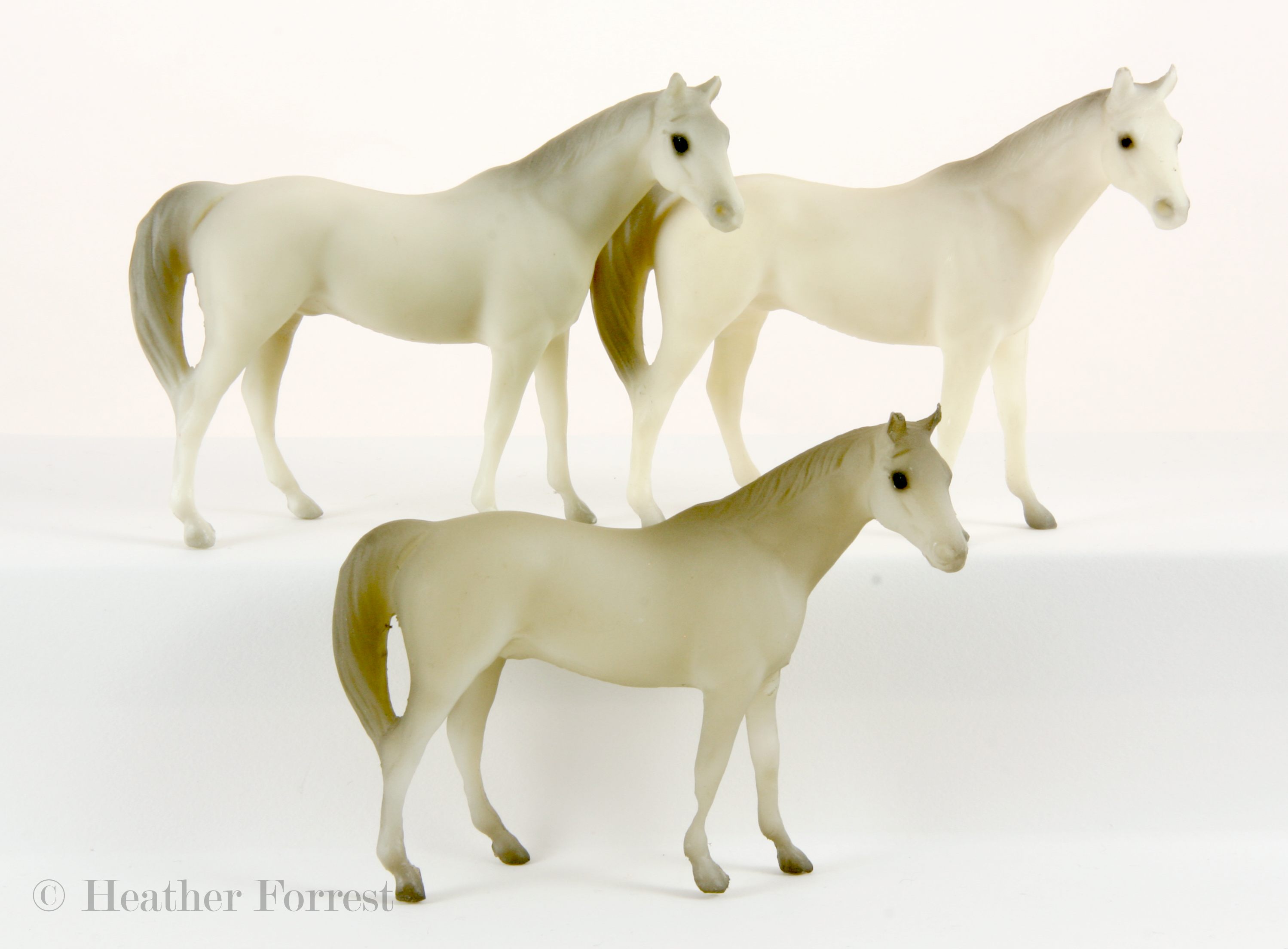 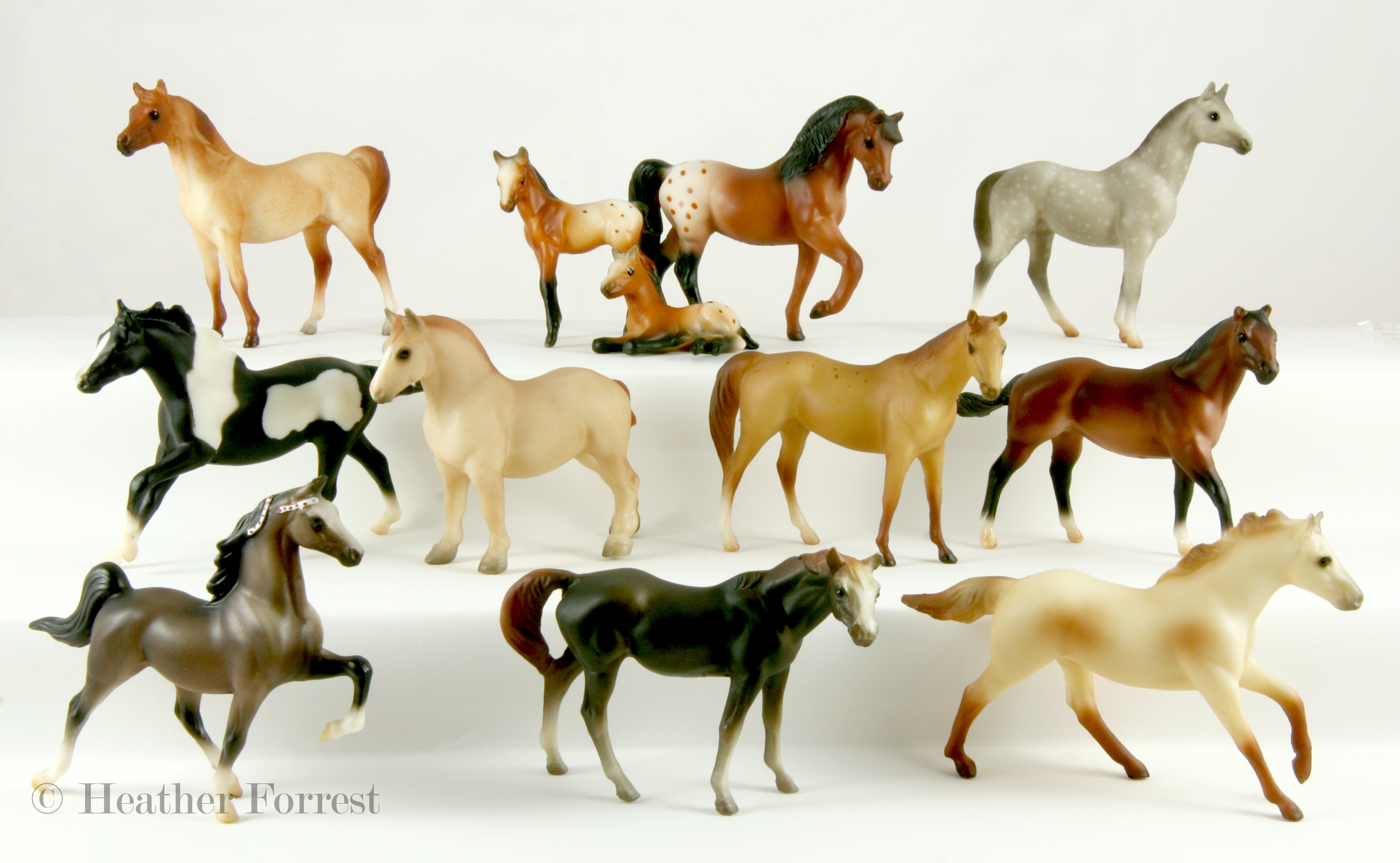