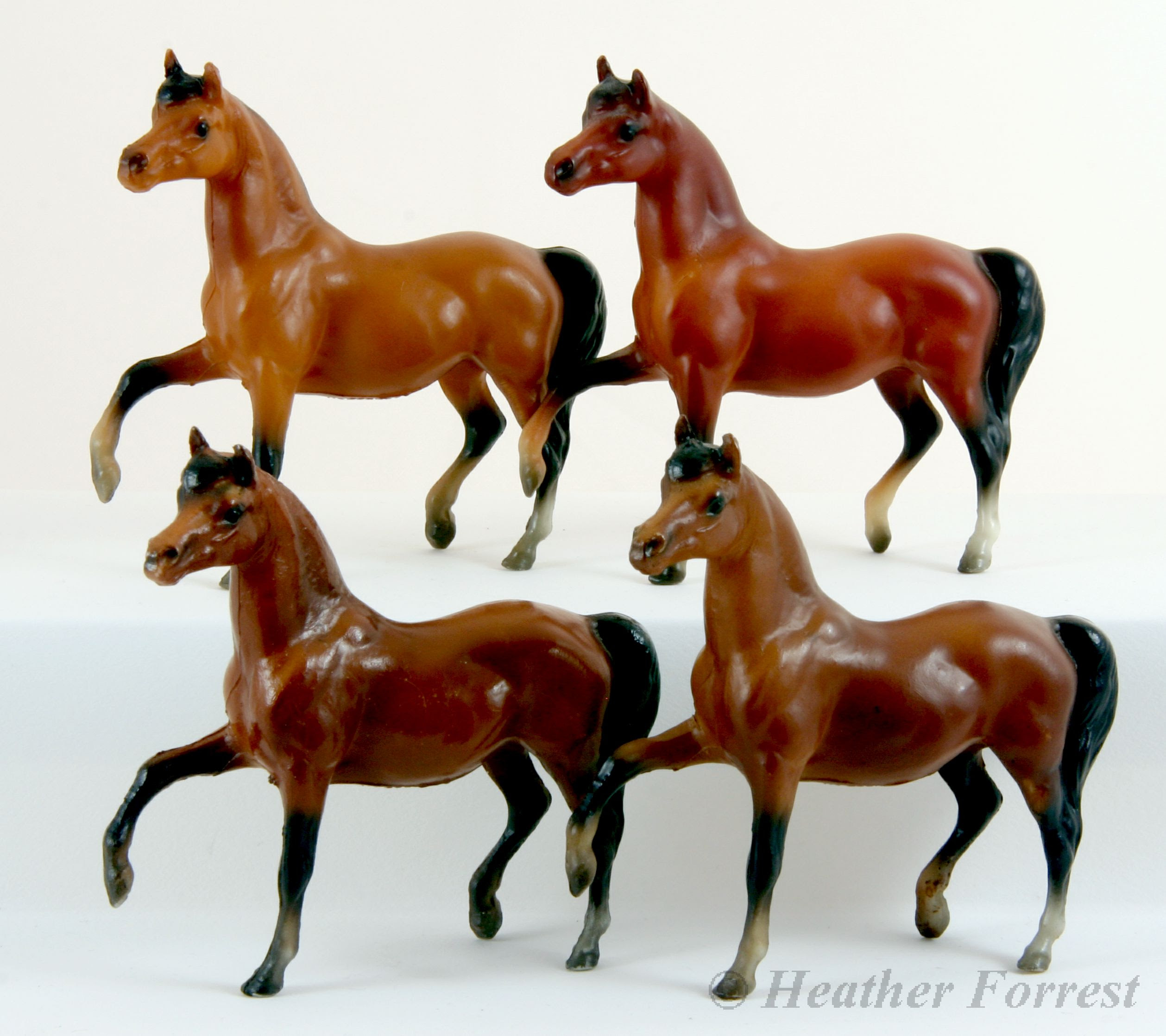 The upper row contains the two most distinct of the four. To the left is a light golden bay with four-ish socks and a fairly satin finish. The model on the right is almost the same red bay as the 1991 Sears SR, but she's slightly more brown toned and has three reddish socks and only one distinctly white one.

On the lower row are my but, but they're different enough! mares. The mare on the left is a darker bay than the other three with a semi-gloss finish and barely the hint of a sock on that near-hind leg. Still dark, but not as dark and with a more golden tone to her bay, the other mare has four-ish socks and a finish that's leaning more towards semi-gloss than satin.