Footnotes: Not So Mellow - Yellow Plastic

It is not uncommon for some models to yellow over time, though it does seem to be more common in the larger scales than in Stablemates, but that perception may just due to the size difference - yellowing (and other details) is more noticeable the larger you get.

Various factors influence yellowing - exposure to sunlight, plastic composition, finish type, smoke damage, or a combination of these or other issues can cause the white plastic of a model to take on a yellow tone. Avoiding long exposure to direct sunlight and not smoking in the house will eliminate the two controllable factors in the yellowing equation. Above we have a 1970s model in the foreground modeling a normal, mild yellow discolouration. For yellowing such as this, the usual fix is to place the model in a sunny window for a week to a few months (time needed depends on the individual model) and it will (probably) eventually whiten. This may seem counter-intuitive when sunlight can cause yellowing, but it often works.

Some people recommend chemical treatments such as spraying the sunning model with Simple Green or soaking them in a swimming pool or a bucket of diluted bleach. I do not discuss these treatments here as I have had very mixed and sometimes disastrous results. Issues ranged from faded paint to models reacting to the chemicals by completely disintegrating. The only whitening technique I endorse is the slower, but usually safer, window treatment.


Our little lemons below are a different matter. Starting around 1996 through 1998, with examples still cropping up into 2001, something was going on with the plastic Breyer was using for their smaller scales (I had a Little Bit turn lemon on me, too). This may have to do with the plastic experimentation which was going on during this time; from my experience and from Sharon's examples below, the issue appears to affect the white plastic models rather than the translucents. Does anyone have a yellowed translucent?

The yellow models below I purchased new-in-box in 1996 and 1998. At the time of purchase they appeared perfectly normal, but over a period of just a couple of years - super-fast in yellowing time - they went from bright white to heavily yellowed. 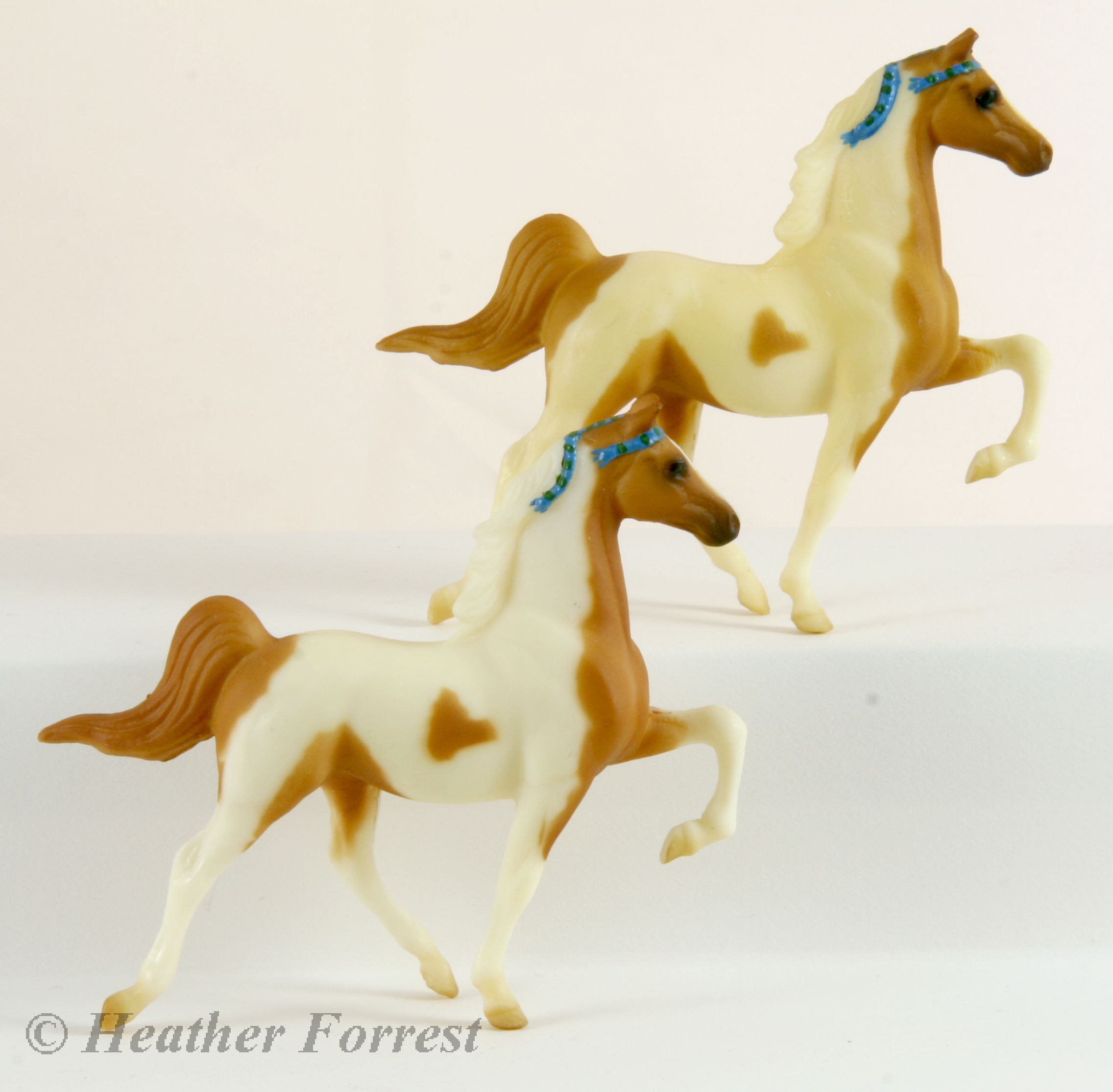 The tobiano Native Dancer from the #5650 Saddle Club II set is the most heavily yellowed as she not only spent a bit of time outdoors for photo sessions, but was also was subjected to a little window time in an attempt to follow the usual sun bleaching procedure. Yeah, don't do that.

The #5902 Pinto Saddlebred is less yellowed as the only sunlight he ever saw was filtered through curtains and the glass doors of his cabinet. Unlike the Native Dancer who is a rather uniform colour, the Saddlebred's discolouration is more irregular and the plastic feels slightly rough in places. 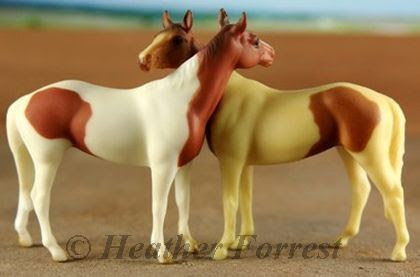 When you put the two Native Dancers together, you can really see just how badly yellowed the one is. I'm not sure if their issue is contagious, but I do keep the lemon Saddlebred and Native Dancer segregated from my other models, just in case.

This little chestnut foal from the #59974 Arabian Mare and Foal gift set isn't yellowed, but he still has something funky going on. 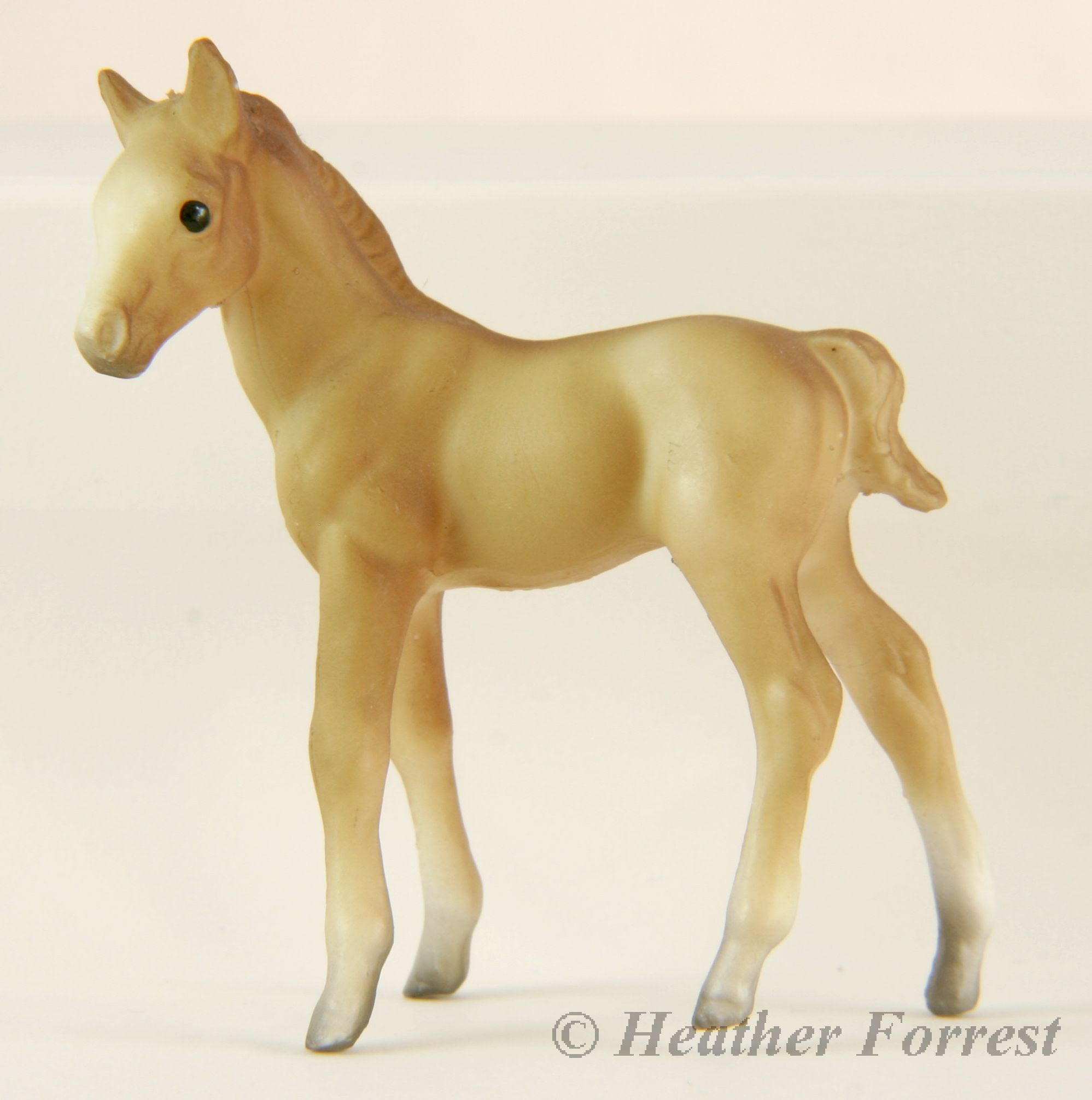 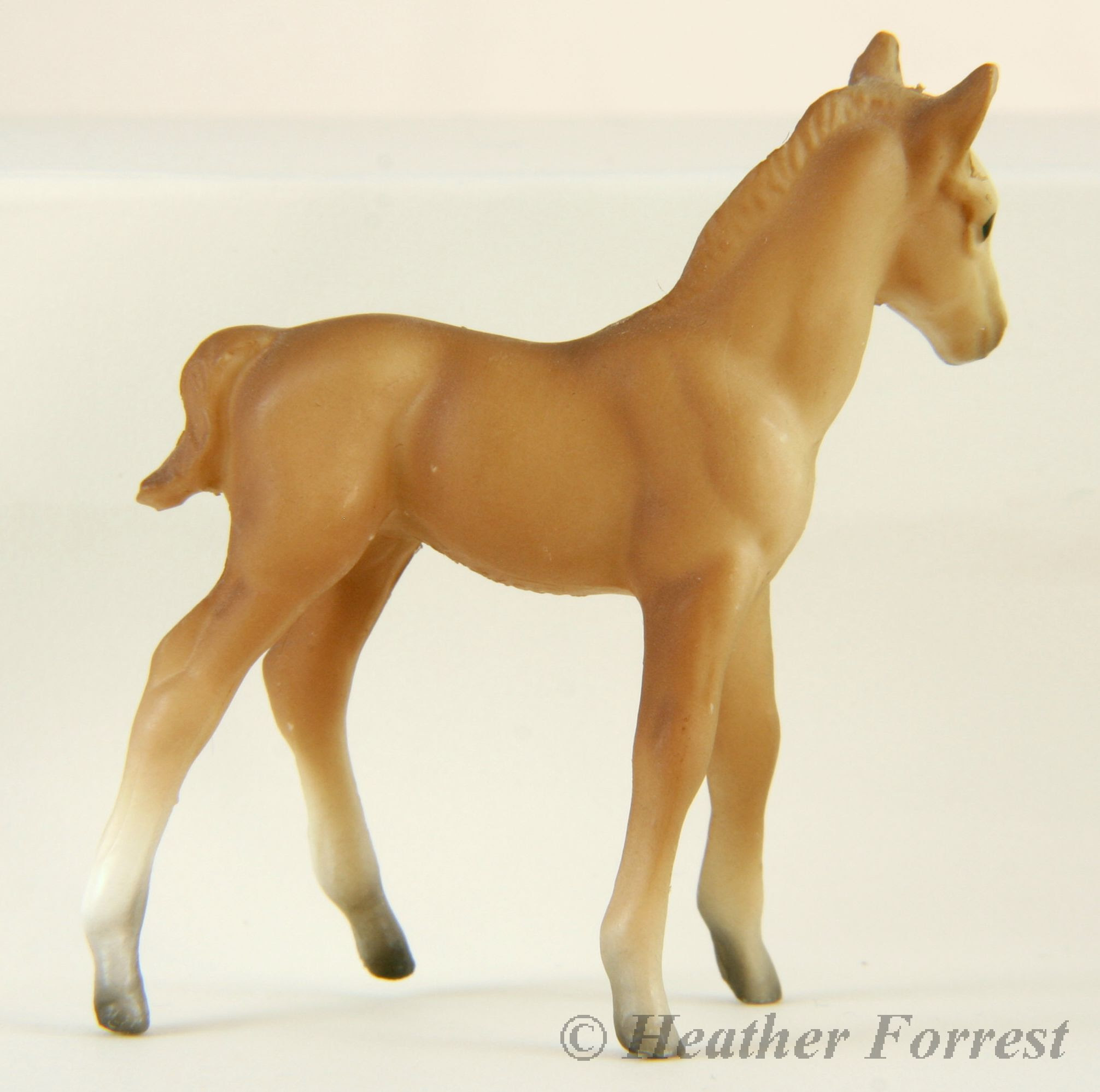 I couldn't quite capture the true colour in these pictures, but while the off-side is the normal light chestnut of this run, the near-side has faded to this washed out colour with a bit of a green tinge. Like the Saddlebred, this model was never exposed to direct sunlight, just light filtered through curtains. I have a G2 American Saddlebred who displays similar characteristics to this foal; we'll see her when we revisit this topic with the Generation Two molds.

Sharon Walbridge was kind enough to contribute pictures of her lemons to give us a veritable gallery of yellow. You can see some of them are evenly yellowed like my Native Dancer while others are more patchy like my Saddlebred. Her models were displayed indoors with minimal exposure to indirect sunlight and then carefully stored for several years. Yellowing was noticed prior to being stored - upon unpacking significant progress in the yellowing process was noted.28 Other collectors including myself mentioned having the same issue.29 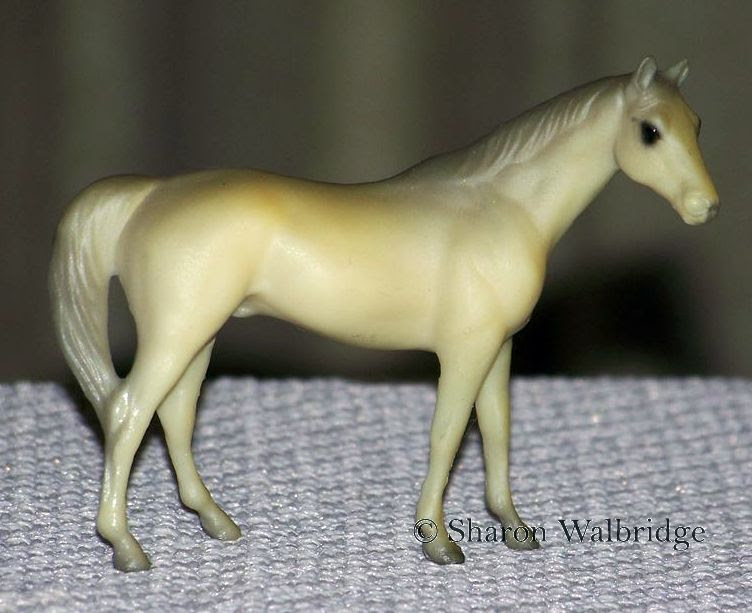 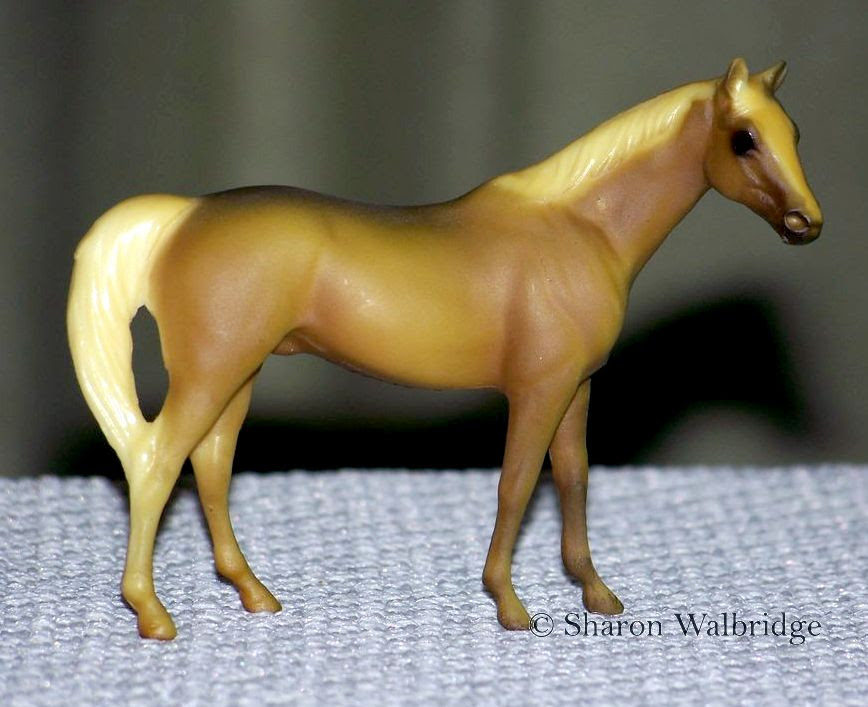 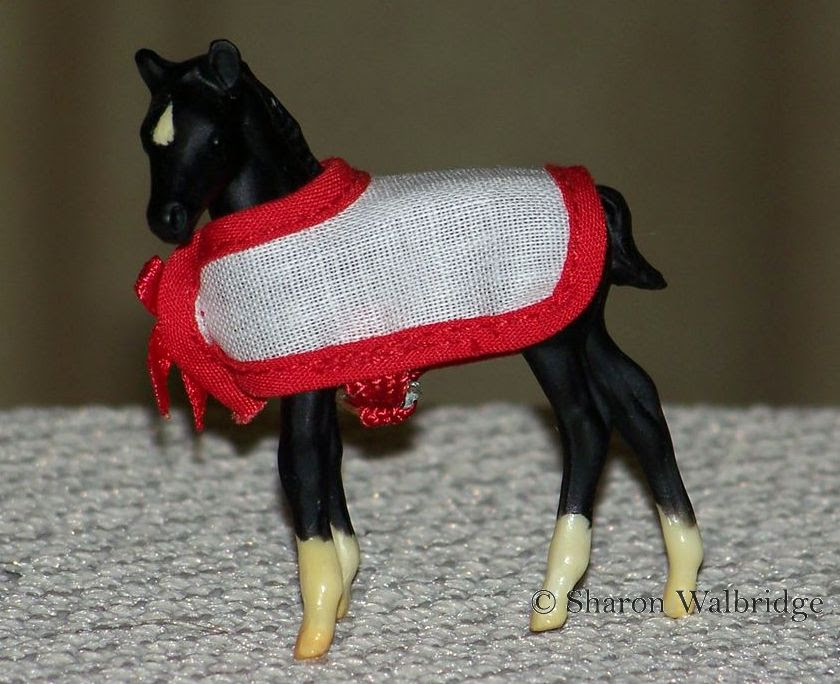 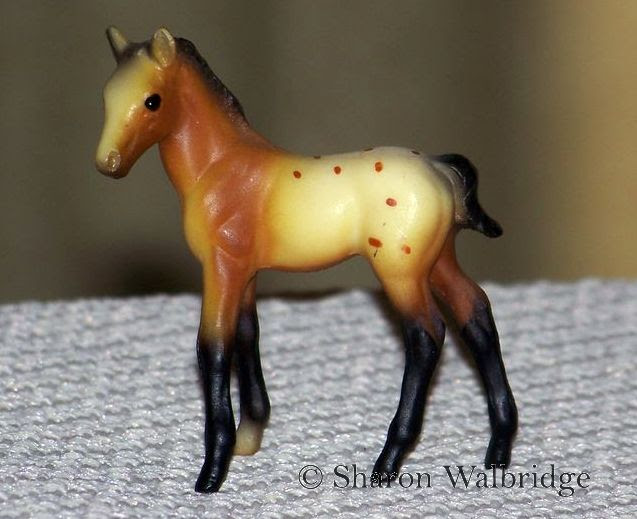 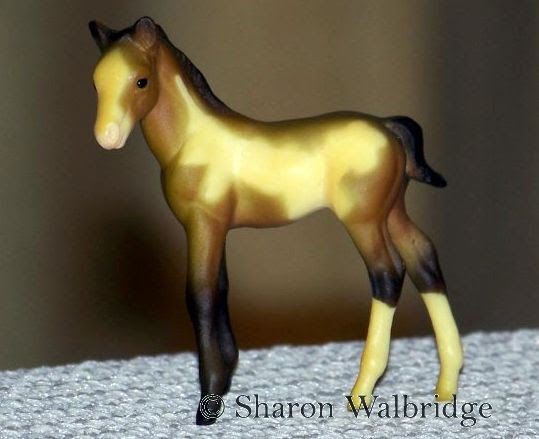 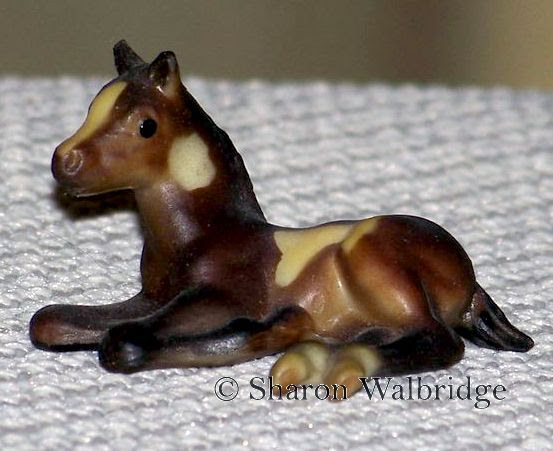 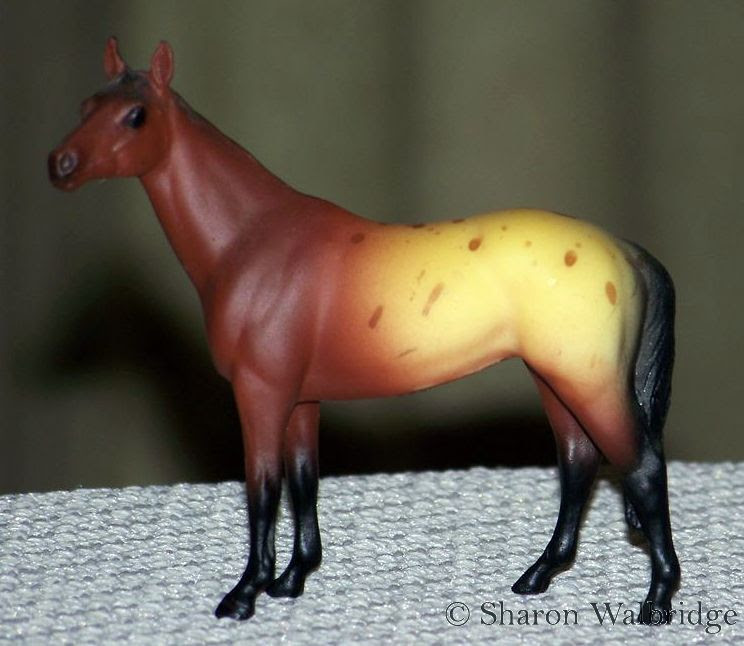 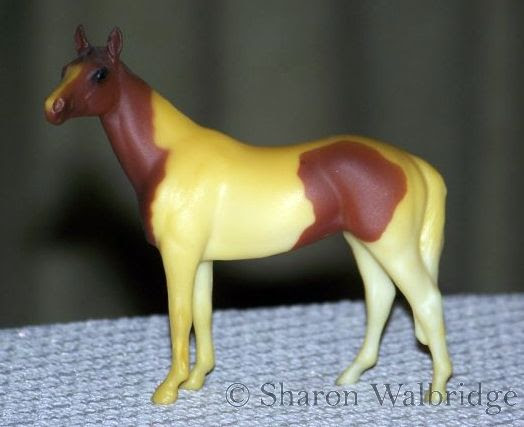 Models and pictures owned by Sharon Walbridge and used here by permission.

Does anyone else have a lemon or two in their collection?

Many thanks to Sharon Walbridge for generously contributing pictures from her collection to fill our "Lemon Gallery".