The following models are the results of copyright infringement due to the unlawful production of certain Stablemate and Hartland molds by a third party, which is wrong. That being said, let's look at some really cool fake Stablemates!

Some time around 197721, model horse enthusiasts began noticing some interesting horse-shaped objects in their local stores such as Kmart22, Woolworth23, Skaggs drugstores 24, and Kresge's25.

These Stablemate-sized models, mounted on blister cards blazoned with the name Durham Steel Stallions, all three looked quite familiar. They were in fact copies of Breyer's G1 Thoroughbred Mare and G1 Morgan Stallion. The third model was shown on the back of the packaging as a G1 Quarter Horse Mare, but the actual model produced looked more like Hartland's Tinymites Morgan.26 They weren't exact copies as there were a few tiny changes to each mold, but their provenance was clear.


Later on there were some additions to the molds listed above - a sport-type pawing horse and an odd-looking Clydesdale in show braids, both of unknown origins. The first horse, called a Morgan on the packaging, looks very familiar to me, though I cannot place him; the style is very similar to that of the Hartland Tinymites though this mold doesn't seem to be a copy or a custom of any of those models. Collectors speak of a Hagen-Renaker 5-gaiter, too27, but I think it's possible this rumor may have been caused by another metal model we'll see shortly.


Besides the slight changes to the molds, there was one thing that set them apart from their brand-name brethren - they were made of metal! Apparently the six (perhaps seven) molds came in two colours each. On the non-show side they were stamped with Durham's (fraudulent) copyright mark.


This "new" line of model horses was produced by Durham Industries, Inc. of New York who were already known for their line of metalcast dollhouse miniatures. As you can see by the copyright above, they came out just after the G1 molds had been released.


It seems likely they snagged the Stablemate molds to copy in early 1975 as they call the G1 Morgan Stallion an "Arabian", which is how he was labeled at that time, rather than his correct name.

The packaging was in the same style as that used for the Breyer Stablemates - a plastic shell containing a model affixed to a thin cardboard backing with a hole for hanging pre-punched. Also like the Stablemate packaging, the back of the card featured black outline drawings of the current line of models. 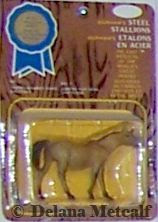 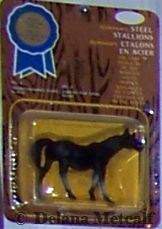 The model with the package shown above was purchased from a Canadian seller on eBay and the text is in both English and French. The buyer holds the theory this was the Canadian version of the packaging26, as you can see below, the text for the US version was only in English. 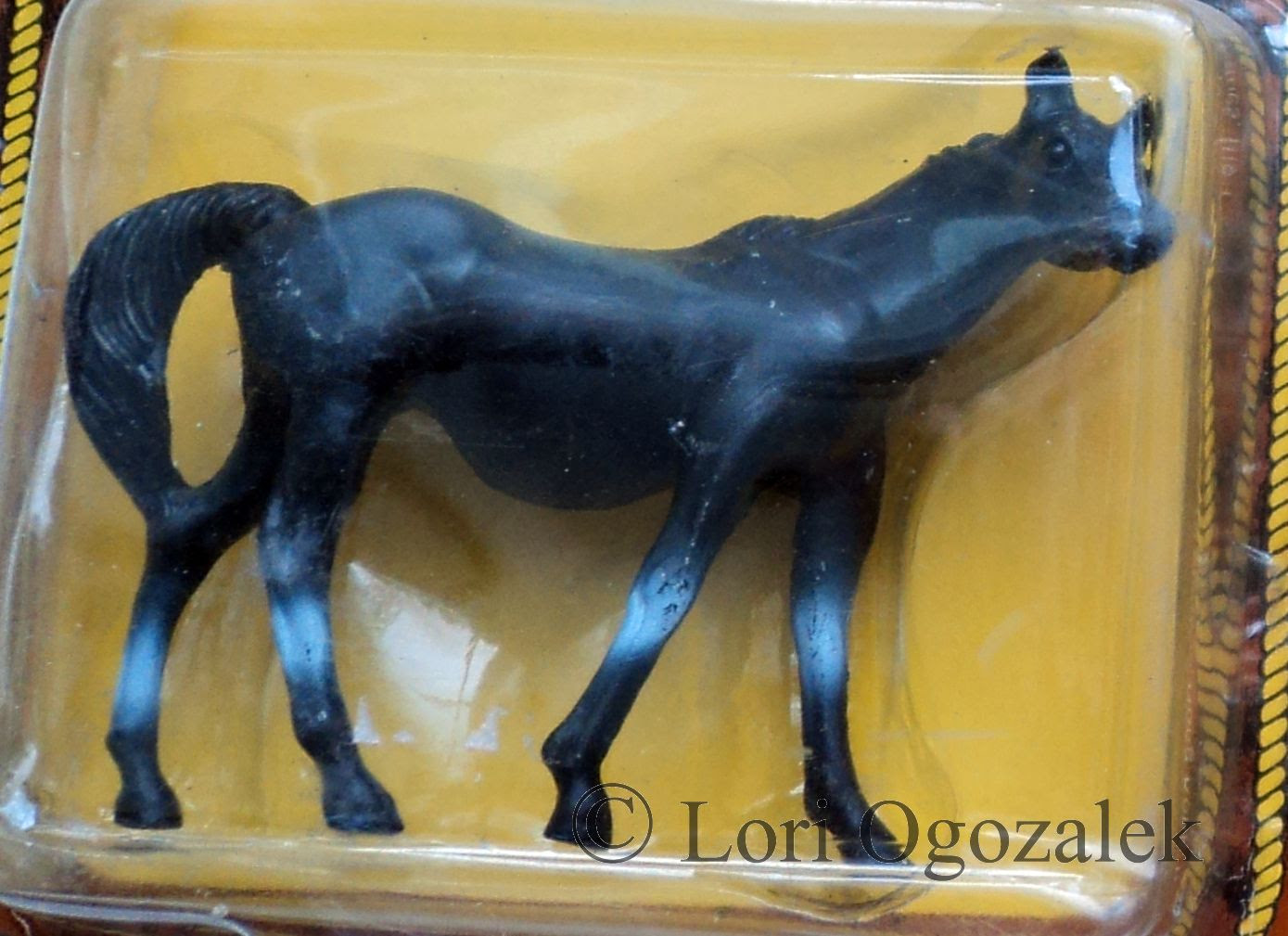 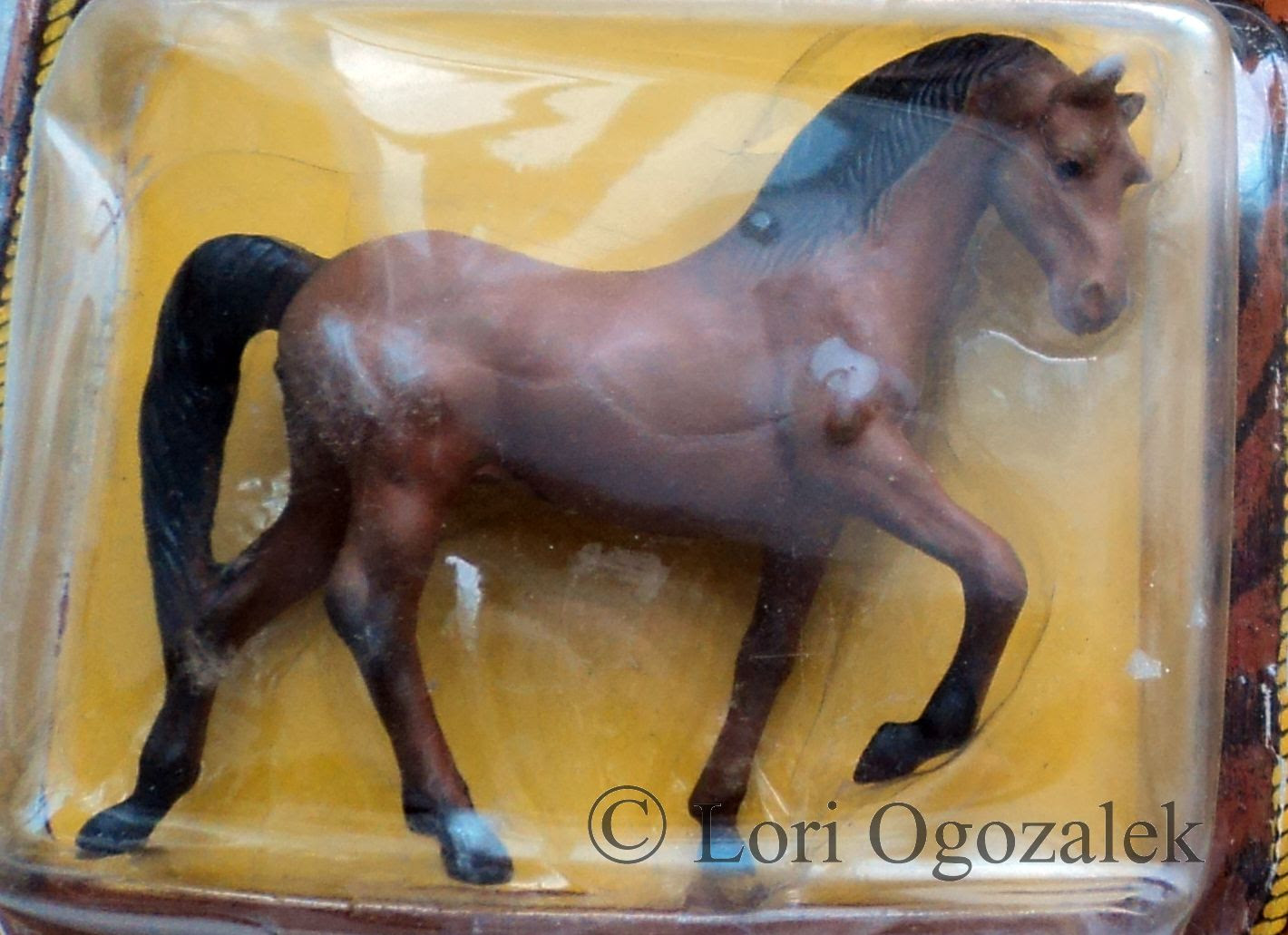 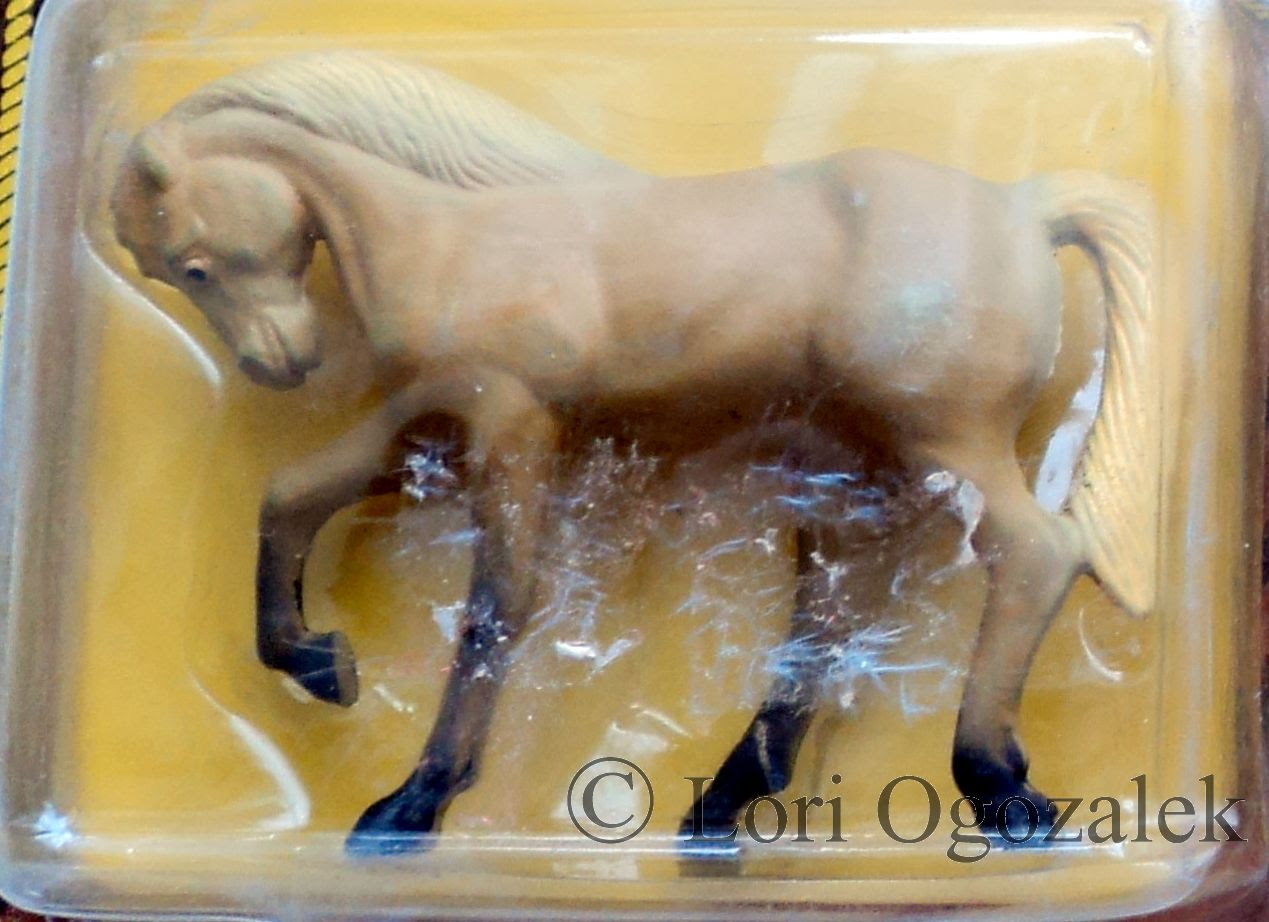 Models and pictures owned by Lori Ogozalek and used here by permission.

Some time after this, though I don't know when, some new faces were added to the existing group. The model and packaging below is (I am assuming) a newer release than the original six. Photograph of model and Durham packaging taken by Erin Hupp (www.ebay.com/usr/whitetailhunter31) and used here by permission.

The Steel Stallions line had a few new faces added to the group of models listed above. They consisted of a "red brown" Clydesdale and a grey "Belgian Clydesdale" (both the same mold), black and "yellow" Morgans, and "red brown" and white Lipizzans (a deformed miniature Hartland 9" Series Mustang). 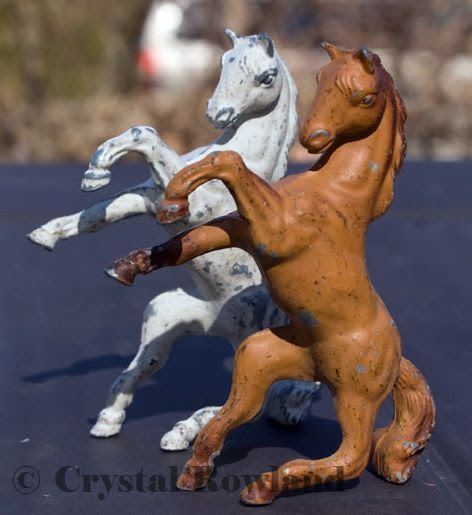 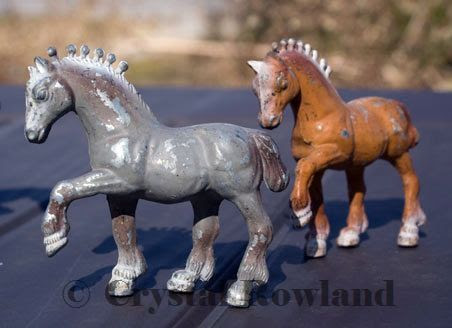 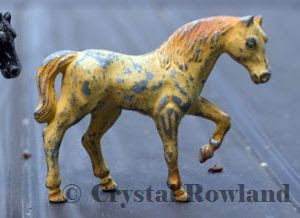 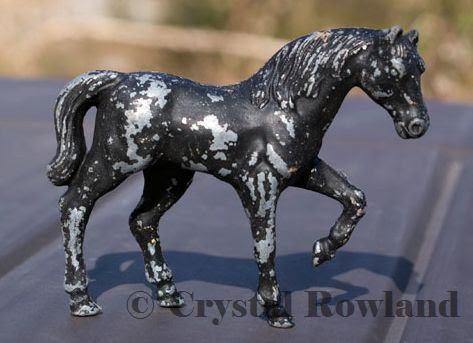 Models and pictures owned by Crystal Rowland and used here by permission.

Unfortunately these models, though durable in themselves, were somewhat unsuitable as toys due to being prone to paint-chipping and rust25. This makes it difficult for interested collectors to find nice examples. 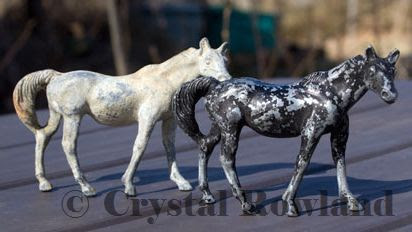 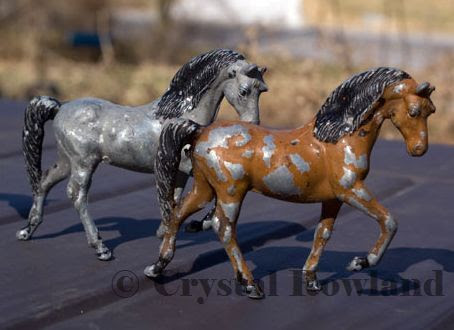 Models and pictures owned by Crystal Rowland and used here by permission.


The Durham Lipizzan mold is a bit different from the Hartland 9" Series Mustang, but you can see where they got the idea. There are still more heavy metal models to come in the next post!

Many thanks to Crystal Rowland, Delana Metcalf, Lori Ozogeek, and Erin Hupp for generously contributing pictures from their collections for this post!