With 73% of the G1 Morgan Mares released being either bay or chestnut, you can imagine there are some which may look fairly similar. 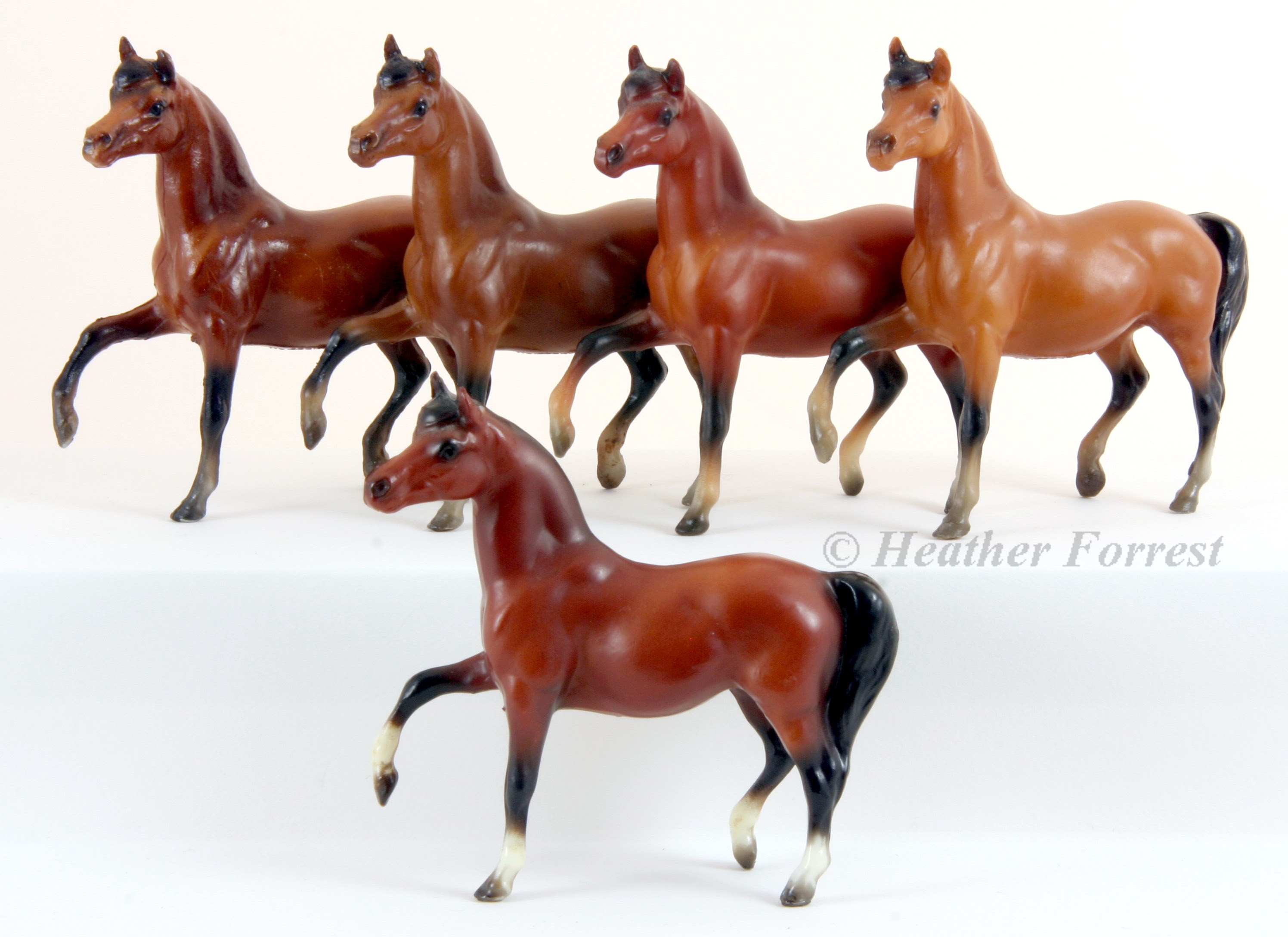 Whether you call him bay or chestnut, there's something not quite right about one of these #5181 Arabian Stallions. 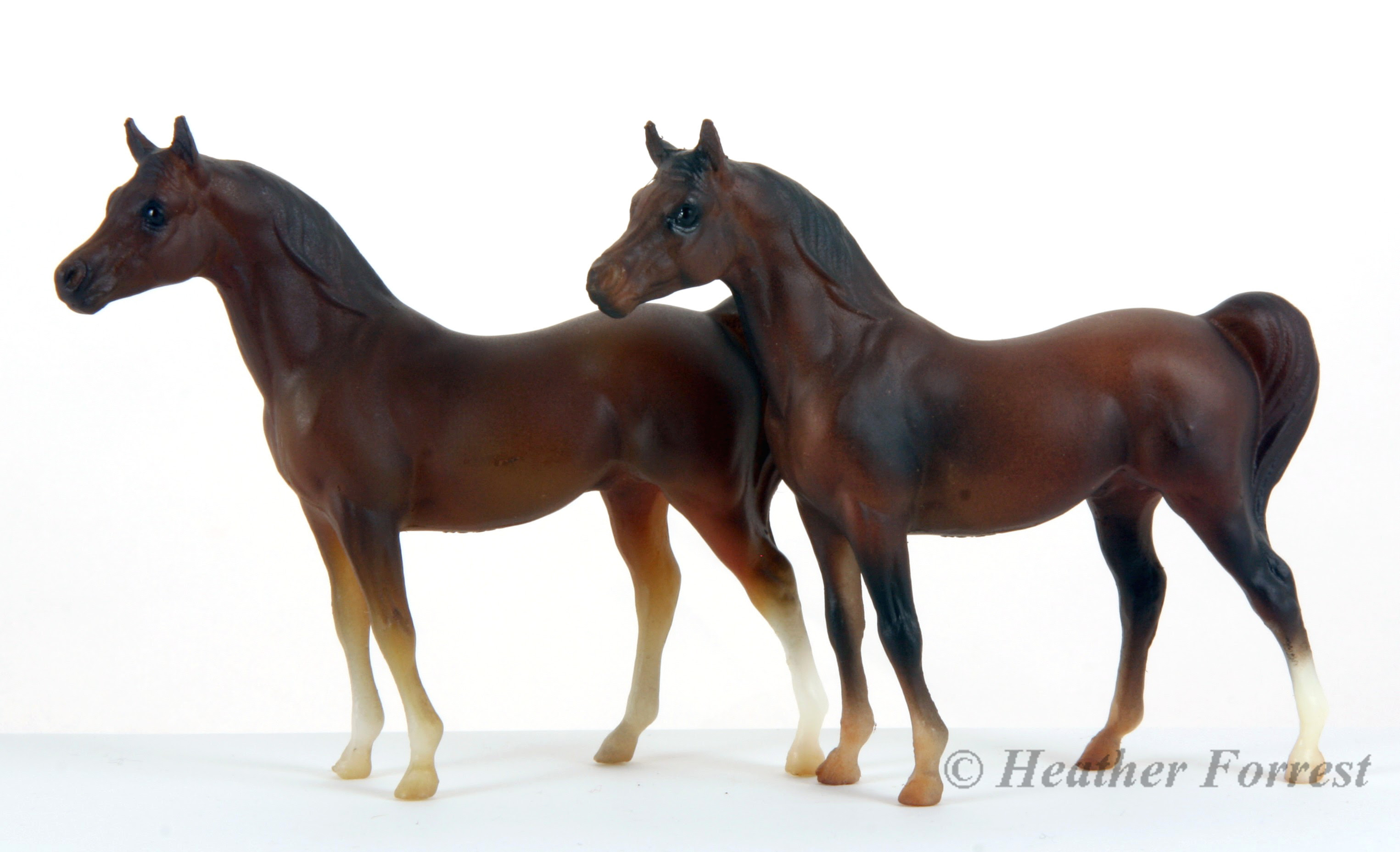 The original ceramic Hagen-Renaker mold, #388 Mini Morgan Mare14, was sculpted by Maureen Love Calvert, and leased from the ceramics company by Breyer for production in plastic. Released in 1976, the Morgan Mare mold was discontinued along with the other Generation One molds in 2005.

During this time, Breyer released six regular runs and nine special runs on this mold, putting her around the middle of the pack as far as run numbers go. With the exception of the 1976 chestnut which only ran for one year, none of the releases on this mold are particularly hard to find.