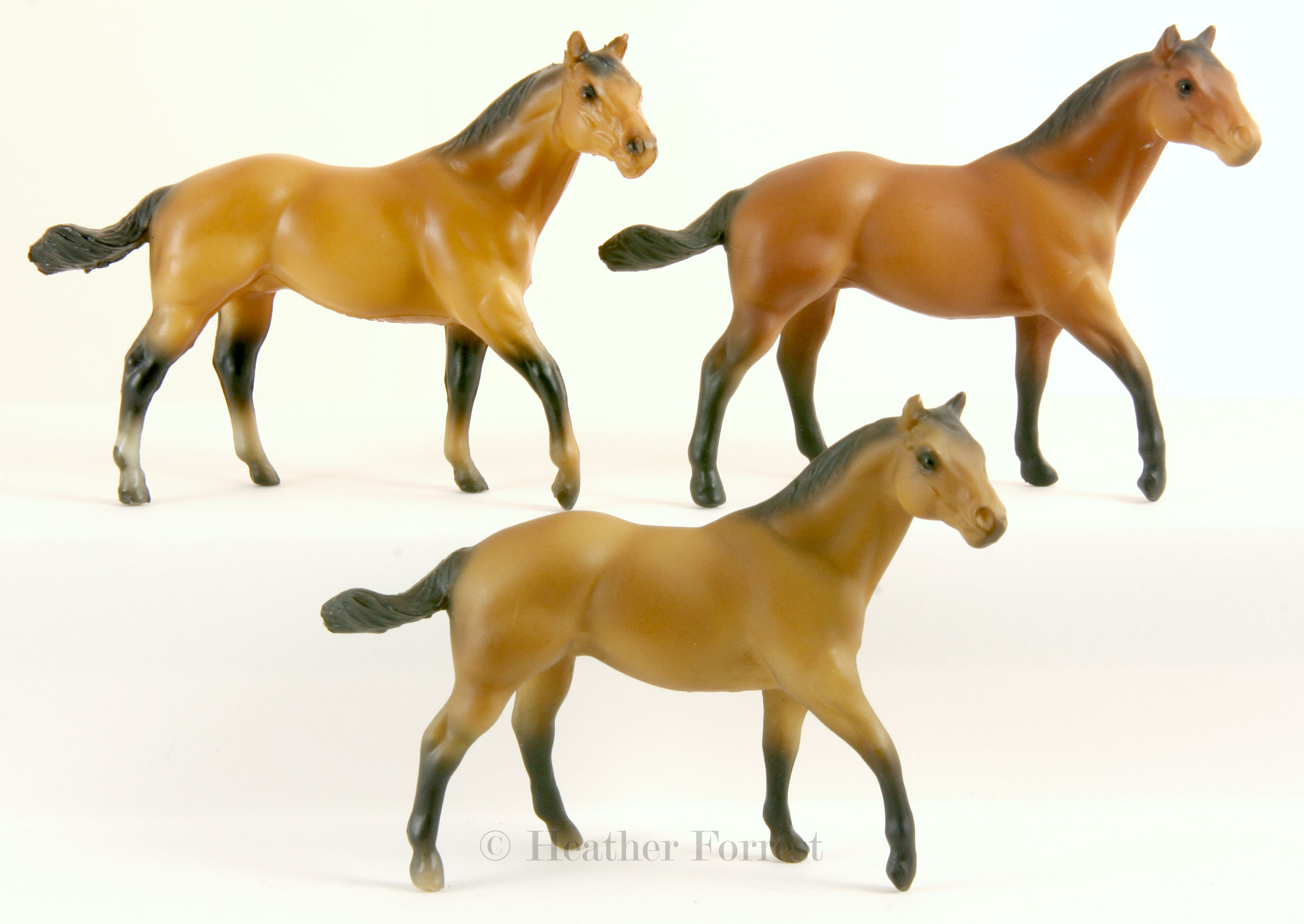 Lighter and more brown-toned than the others is the new plastic 1998 Sears special run. In addition to his four sporty little socks and tan coloured hooves, a model from this run should have a sprinkling of lavender or robin egg blue spots over his haunches. These spots are almost so fine as to be called a mist and at first collectors assumed they were a mistake.
No comments:

Last month we saw the chestnut leopard appaloosa G1 Quarter Horse Stallions from this set, this week we have the dapple grey G1 Citations. 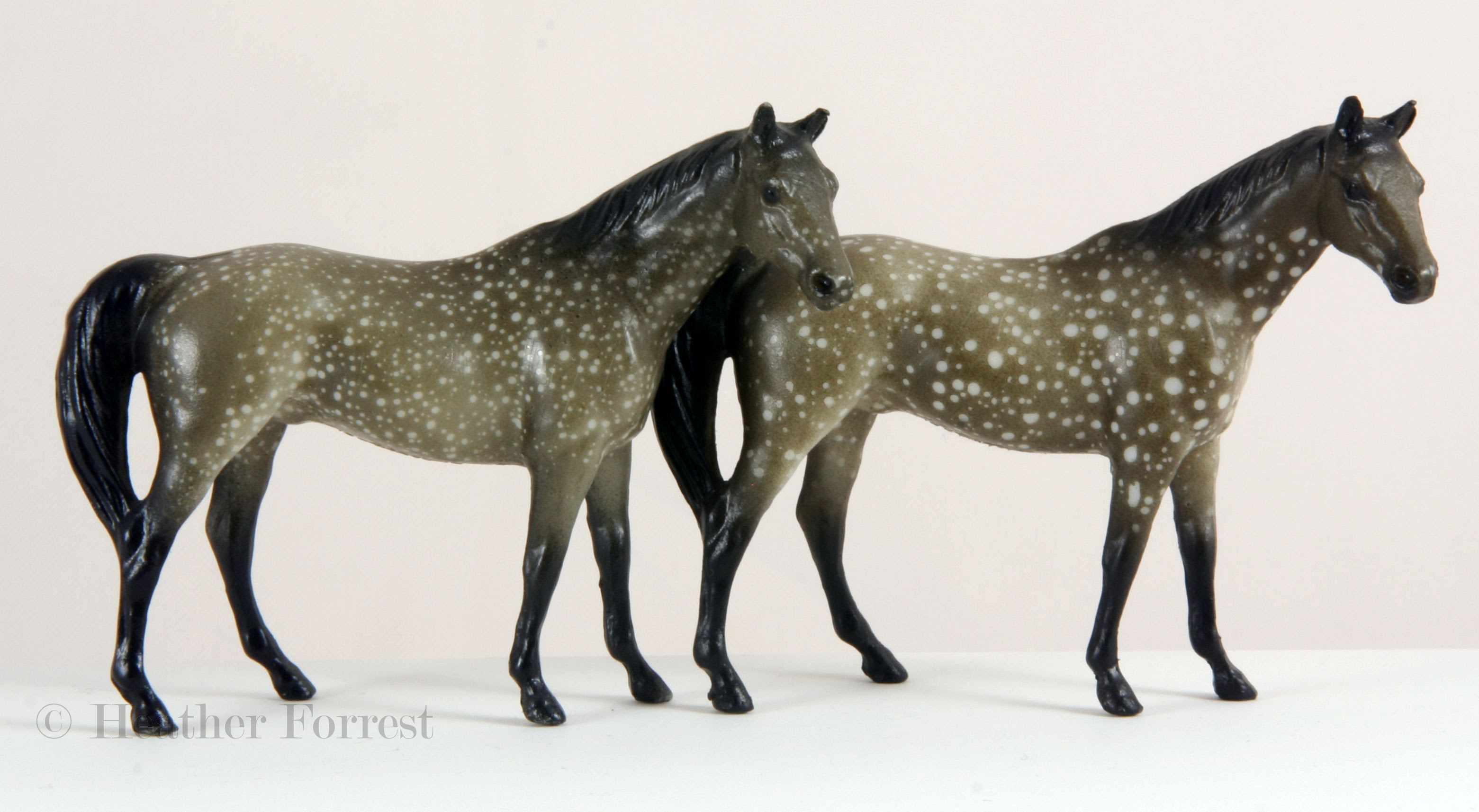 The original ceramic Hagen-Renaker mold, #31 Mini Quarter Horse Stallion34, was sculpted by Maureen Love Calvert, and leased from the company by Breyer for production in plastic. The Quarter Horse Stallion mold was released in 1976 and was discontinued along with the other Generation One molds in 2005.

During this time, Breyer released ten regular runs and eight special runs on this mold, making him the sixth most used G1 mold, just behind the G1 Saddlebred. Unlike most of the other G1 molds, the Quarter Horse Stallion does not have any old plastic Sears special runs as his first SR gift set release was in 1992.

The original ceramic Hagen-Renaker mold, #428/61 Mini Head Down Horse35, was sculpted by Maureen Love Calvert, and leased from the company by Breyer for production in plastic. Since the Hagen-Renaker Head Down Horse is a stallion, the mold was altered to remove the male parts in order to produce the plastic mares.

The Quarter Horse Mare mold was released in 1976 with the other molds, but unlike the others who were discontinued in 2005, production of this mold ended in 1998. During her short life time, this mold was only used four times making it, hands down, the least used Generation One Stablemate mold. These four runs were all regular runs; no special runs were ever released. Other generations have molds which have been use less thus far, but since these molds are still 'live' there's still the potential for future releases.