I Think We Need a Little Structure


It occurred to me after my first informative post that it would probably be less confusing to start at the beginning rather than trying to jump into the middle and be stuck adding explanations and asides that could be covered in a more coherent manner with chronological posts. So I pulled The Evolution of the 2006 Target Special Run Sport Horse and Foal Set and replaced it with this, a bit of an outline of the types of posts you should expect to see here and an explanation of some of the terms I'll be using.

Also, I'd like to explain a bit about some of the language you may notice in the posts to follow - I equivocate, a lot. This is not from any desire to deceive or cause confusion, on the contrary, because variations are so rife within the Stablemate line and due to certain blank spots in its history, it is often impossible, or just unwise to make an unqualified, declarative statement of fact. With Stablemates the best motto to have is "Rarely say Never"

I do not know everything about the Stablemate line and have seen only a minute sample of the models produced, so I cannot claim to know every variation of shade and markings in which a model may be found. Therefore, the use of qualifiers will abound when describing a colour or other issues. If you find you have a model which contradicts a statement I have made or a conclusion I have drawn, please use the email on this site to contact me, I'm always interested in adding to my knowledge base.

Email ThisBlogThis!Share to TwitterShare to FacebookShare to Pinterest
Labels: Side Topics

Welcome to My Obsession

Hi, I’m Heather and I’m a model horse collector. If the term means nothing to you, it would probably be best if you just backed away slowly without making eye contact. Trust me. If you thought, “Oh cool, me, too!”, you’ll feel right at home here. 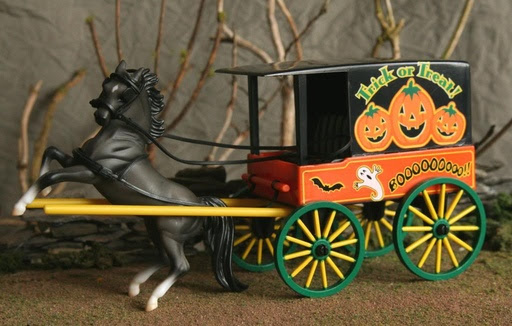