The Stablemate gift sets are perennial favourites and there was a bumper crop between 2008 and 2010. 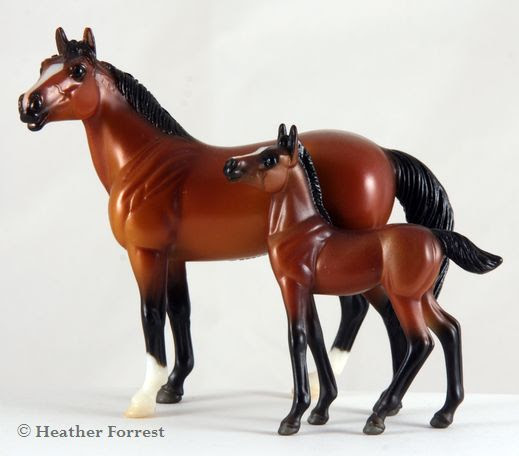 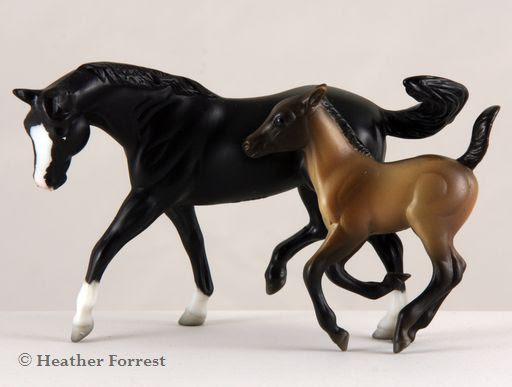 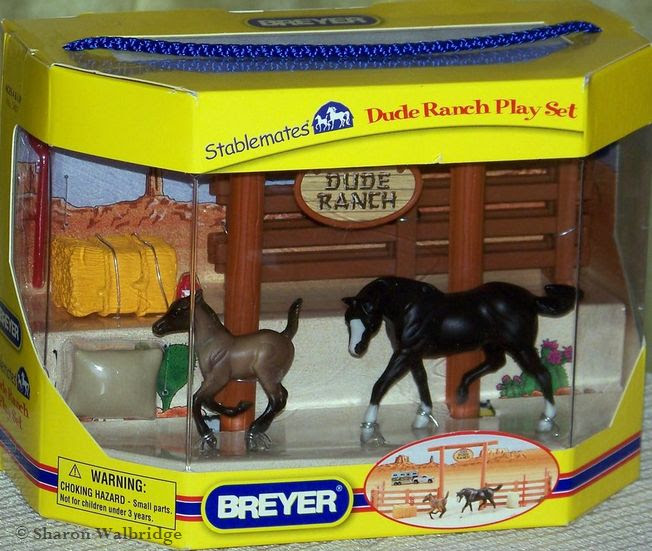 #5407 Stablemates Dude Ranch Play Set (2008-09) comes with a few panels of brown fencing, a ranch gateway, hay bale, and a feed bag. The horses are a black G2 Stock Horse and a bay G2 Cantering Foal. The colour of the foal actually closely resembles that of a black foal going through its first shedding. 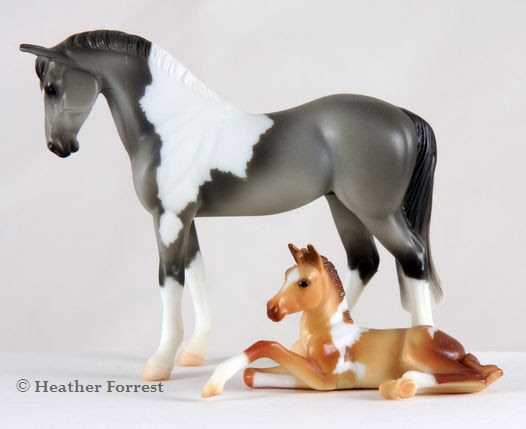 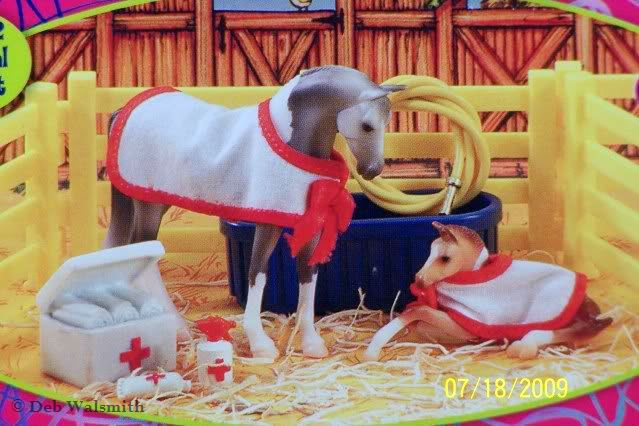 Target #720232 Pony Gals - Horspital Play Set (2009) contains two of the prettiest colours on these molds. The G3 Standing Thoroughbred is a smokey grey tobiano and the foal is a soft chestnut tobiano. They come with white, red-bordered rugs, yellow fencing and hose, blue trough, and medical supplies. 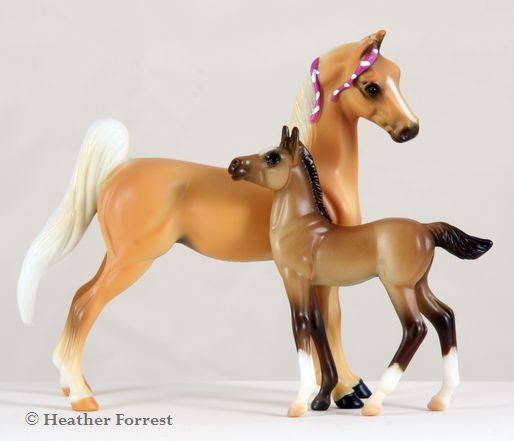 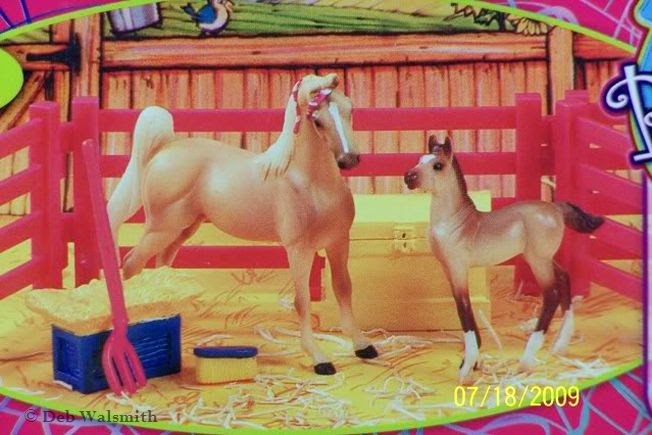 Target #720234 Pony Gals - New Arrival Play Set (2009) is another beautiful special run set. The mare is a soft palomino G2 American Saddlebred and the foal a buckskin G3 Standing Foal. They come with pink fencing and pitchfork, yellow tack box, manger of hay, and a brush. 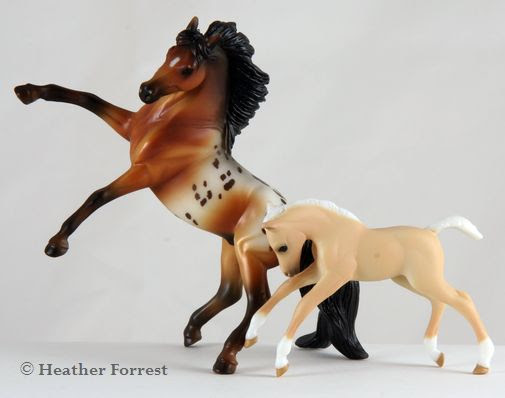 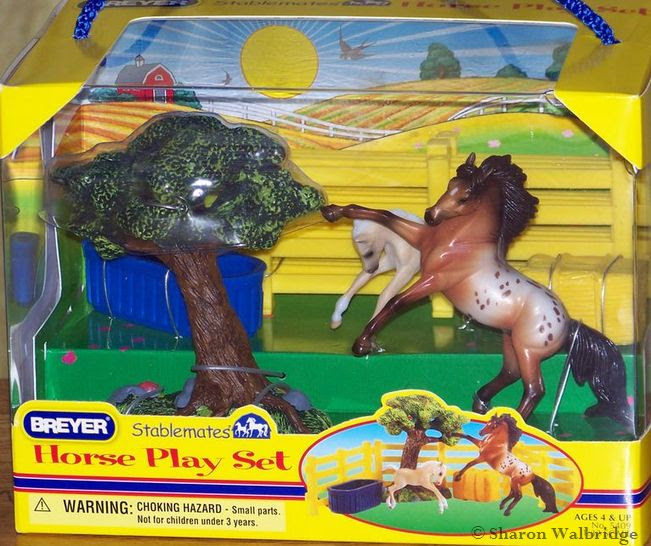 Play Set #5409 Horse Play Set (2010-12) marks the return of the SM tree. In addition the the greenery there's yellow fencing, a blue trough, and a hay bale. The horses are a bay blanket appaloosa G3 Rearing Andalusian and a soft palomino G2 Frolicking Foal. 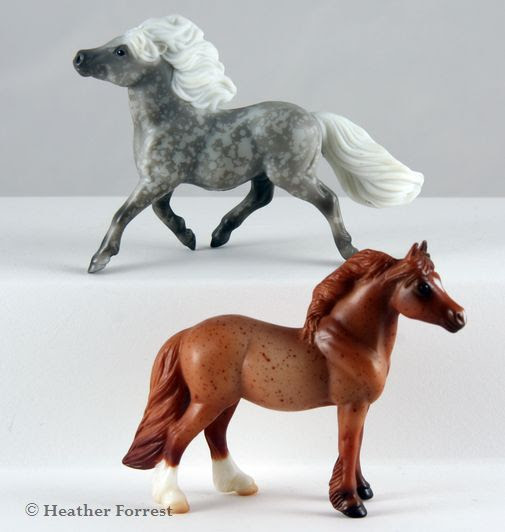 Many thanks to Deb Walsmith and Sharon Walbridge for providing pictures for this post!