The G3 Standing Foal is a popular model to use in gift sets and foal packs. He comes in a fair range of colours and has amassed a number of look-alikes. 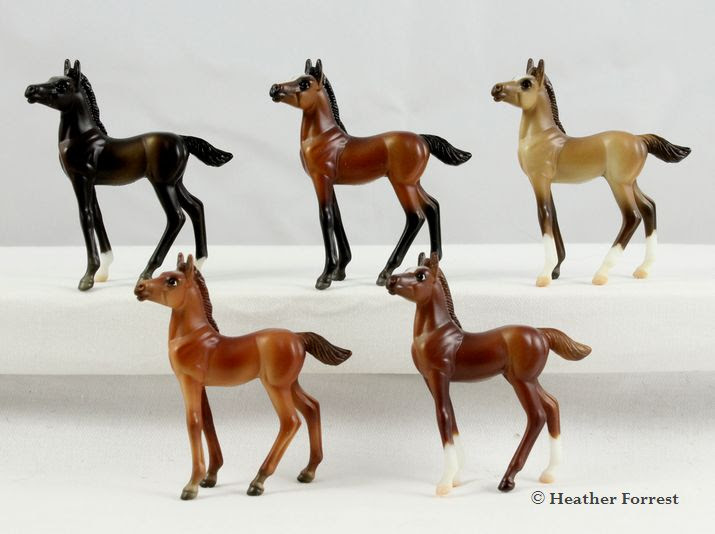 JCPenney #410528 Stablemate Parade of Breeds - Thoroughbred (2011) is beautifully shaded dark bay with a satin to semi-gloss finish and off-side socks.

JCPenney #410421 Stablemate Parade of Breeds - Trakehner (2007) is a slightly darker red chestnut with three stockings (not near-hind), a large star, and eye-whites. 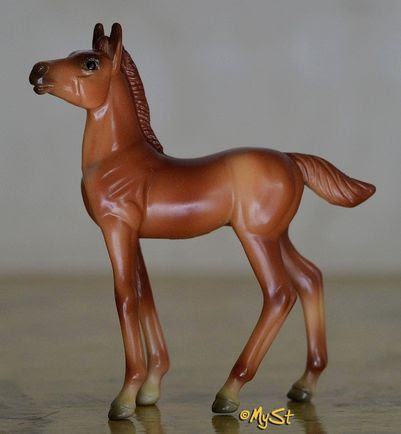 Gift Set #5394 Grey Horse & Chestnut Foal (2016-Current) is very similar to #410443, being a softly shaded red chestnut, but the mane/tail are self-coloured, the ankles are pale rather than grey, the model lacks eye-whites and has a small star. 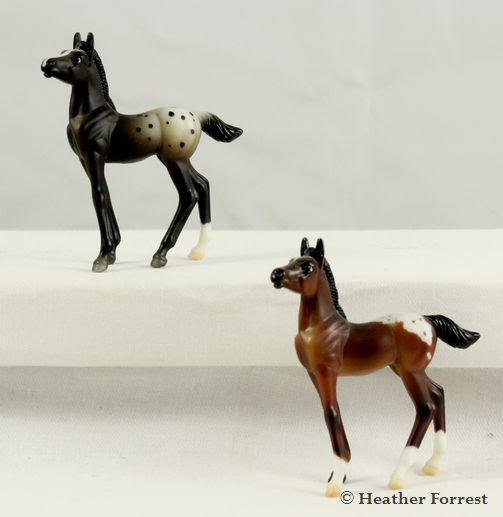 Play Set #5406 Kittens & Foals Play Set (2008-09) is a dark bay with an airbrushed blanket extending onto the barrel with polka-dot spots, an off-hind sock, eye-whites, and a blaze. 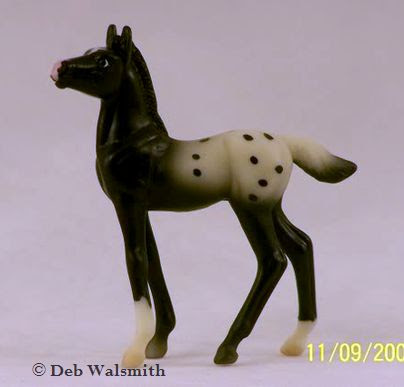 Mid-States Distributing/Rural King #9962502 Deluxe Farm Pocket Barn (2007) looks very similar to #5406, but is a true black instead of dark bay. The blanket is airbrushed with polka-dot spots and extends onto the barrel. The model has two socks on the near-fore and off-hind, star, snip, and eye-whites 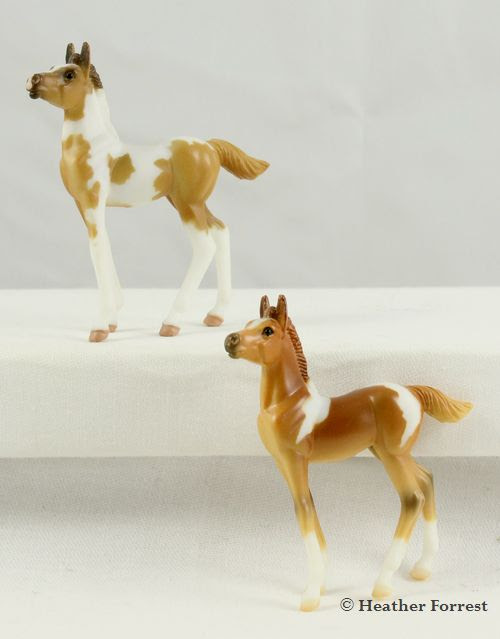 JCPenney #410176 Stablemates Parade of Breeds - Paint (2006) is a slightly darker golden chestnut tobiano with the wither and rump pattern, four stockings, and a large star. 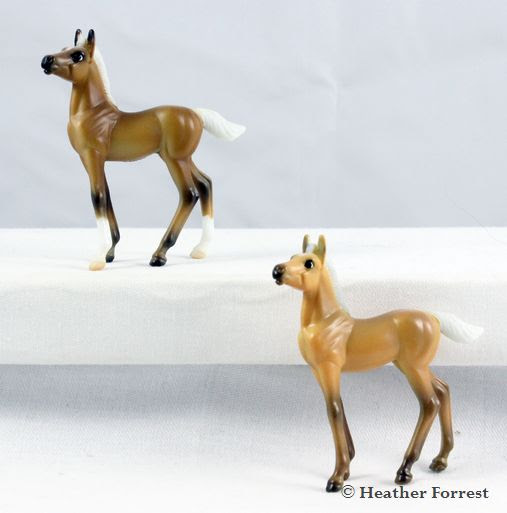 Gift Set #5977 Stablemates 5-Piece Fun Foals (2009-10) is a sooty palomino with dark shading on the face and joints, bright white mane/tail, socks on the near-fore and off-hind legs, a small star, and eye-whites.

Many thanks to Deb Walsmith and MySt of My Stablemates for providing pictures for this post!