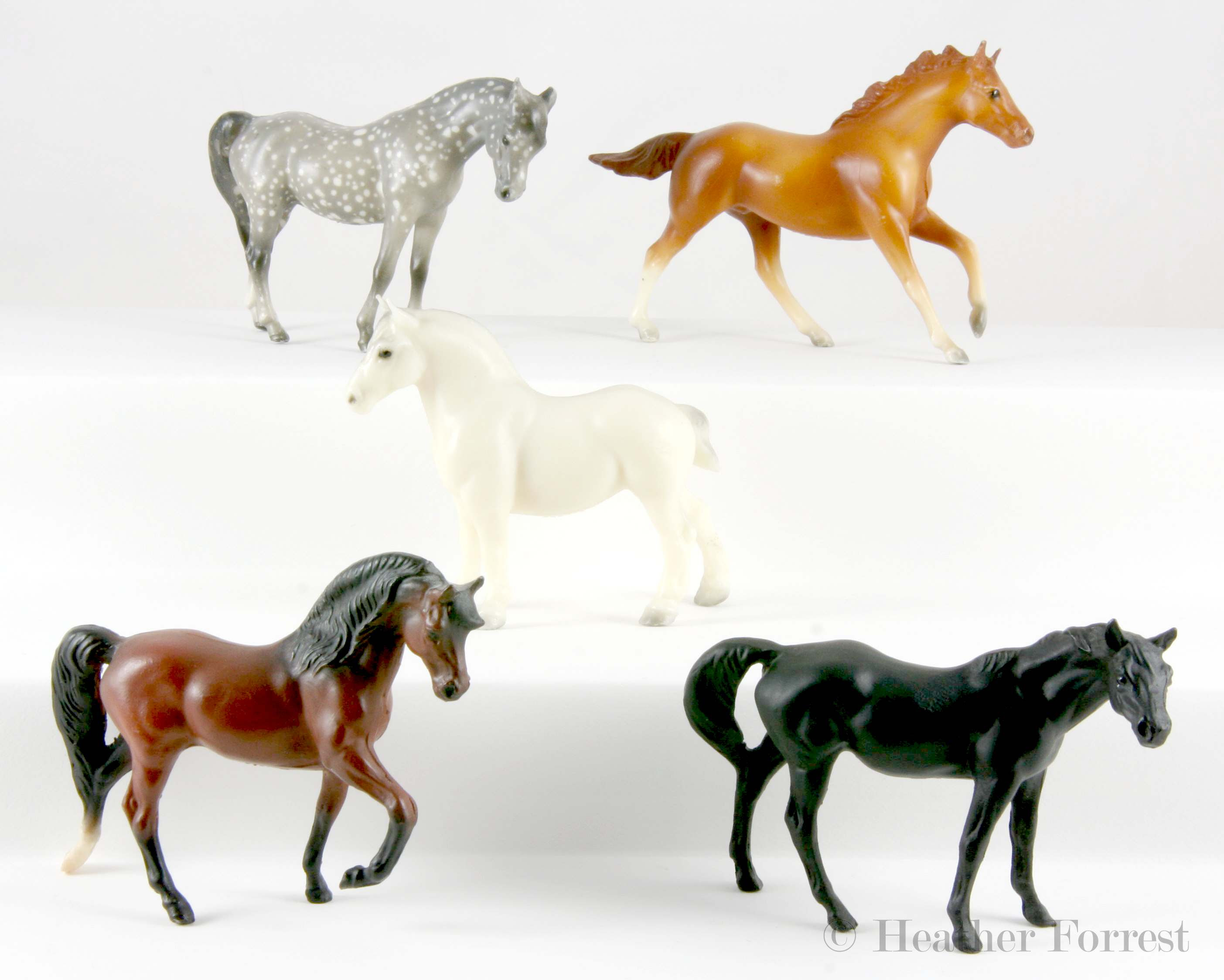 After 1992, when the switch was made to the new plastic, nothing much of note happened in the Stablemate line until 1994 when the first gift set, the #5650 Saddle Club Collection was added. According to the catalogue, it was "...a variety of horses selected for fun and learning. Saddle Club fans can learn about the different breeds just the way Stevie, Lisa, Kate, Carole, Veronica, and Jeannie do. Everyone can play with these miniatures and have fun."

This set consisted of a dapple grey Arabian Mare, alabaster Draft Horse, pure black Thoroughbred Mare, an orange-y chestnut Seabiscuit, and a walnut bay Morgan Stallion. This set may have been the first regular run Stablemate gift set, but it certainly would not be the last. The original Saddle Club Collection was quietly replaced early in 1996 by a completely new set.

The only mold which remained the same was the Arabian Mare, but even she was in a different colour, a dove grey very similar to the 1992/94 Sears/JCP special run. The other models were a chestnut leopard appaloosa Swaps, a chestnut tobiano Native Dancer, Silky Sullivan in a rich dark cherry bay, and Citation in buckskin. Native Dancer and Silky Sullivan exhibited the first stenciled facial markings in this scale.

This new set bore the same number as the old and the catalogue photo was never updated, though in 1997 the sneaky disclaimer was added: "Colors may vary". The name of the set was changed to The Saddle Club Stablemates in 1996 then in 1997 set was added to the end of the name. In 1998 this gift set was replaced by a new one, this time with G2 molds.