Footnotes: What Makes a Generation?

On the MMH Facebook page, a question was asked about how the generations are classified and whether it shouldn't be by artist. (And then the whole thread was lost due to technical difficulties) It's an interesting question and one I had not considered before.

By general hobby consensus the molds are grouped by release date rather than by artist. If the generations were grouped by artist, they would look something like this:

The two main problems I have personally with grouping the molds by artist are as follows:


In the beginning it was simple: one artist and essentially one release date - the molds were released in two batches a year apart, but when you're talking about a 40 lifespan, a year isn't much to quibble over. 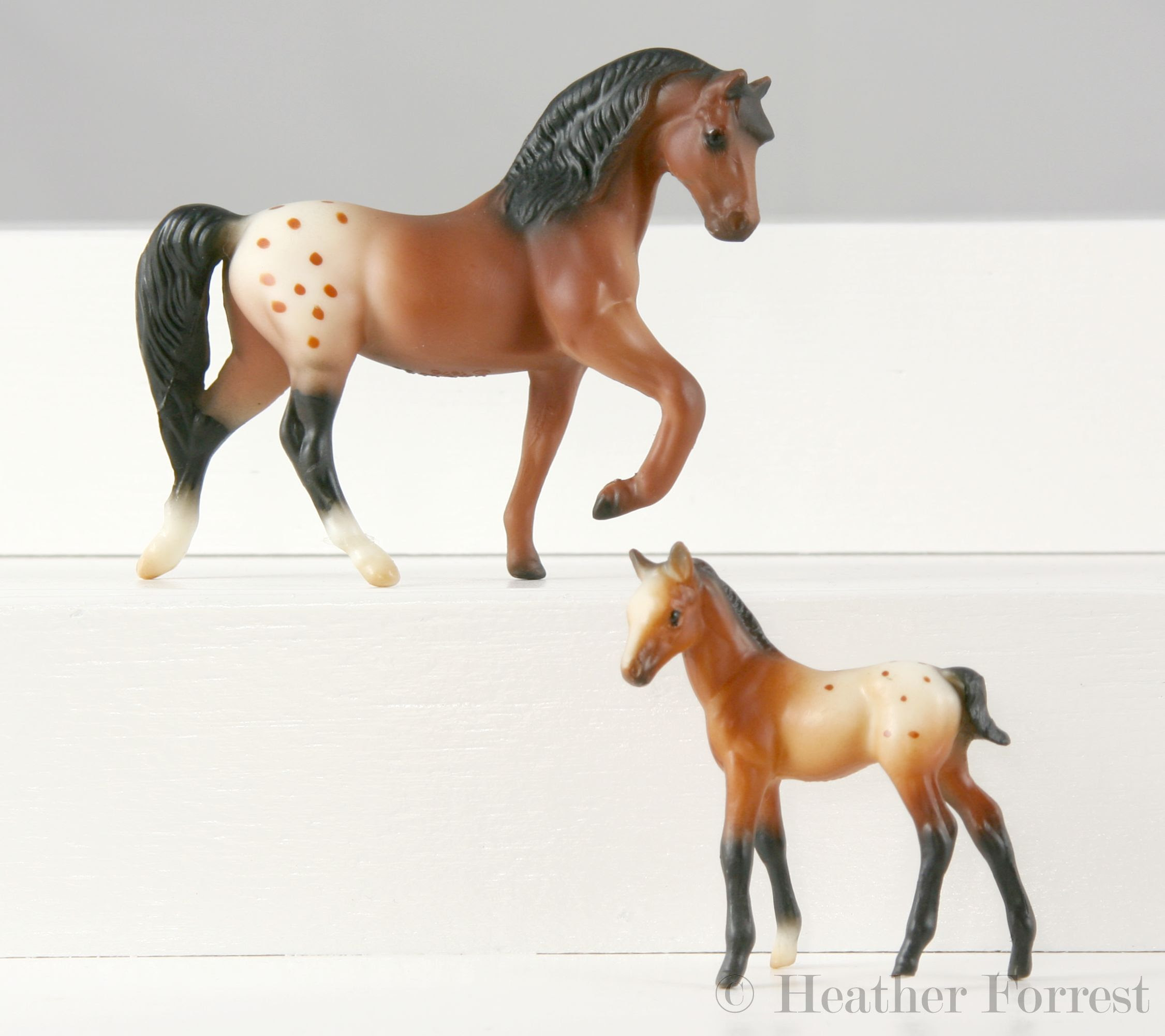 Generation One consisted of the following sixteen molds:

Then the Moody molds were released in 1998 which made things a little more complicated. I think for most people we just lumped the new molds in with the old and called it good.

I am not entirely sure when we even started using the "Generation" designation. In my past spreadsheets, I don't think I started using it until the third generation came out, up until then I only used the mold names. The 2007 edition of Felicia Browell's book mentions the use of "generations" as a recent phenomenon. Does anyone remember it being used pre-G3? 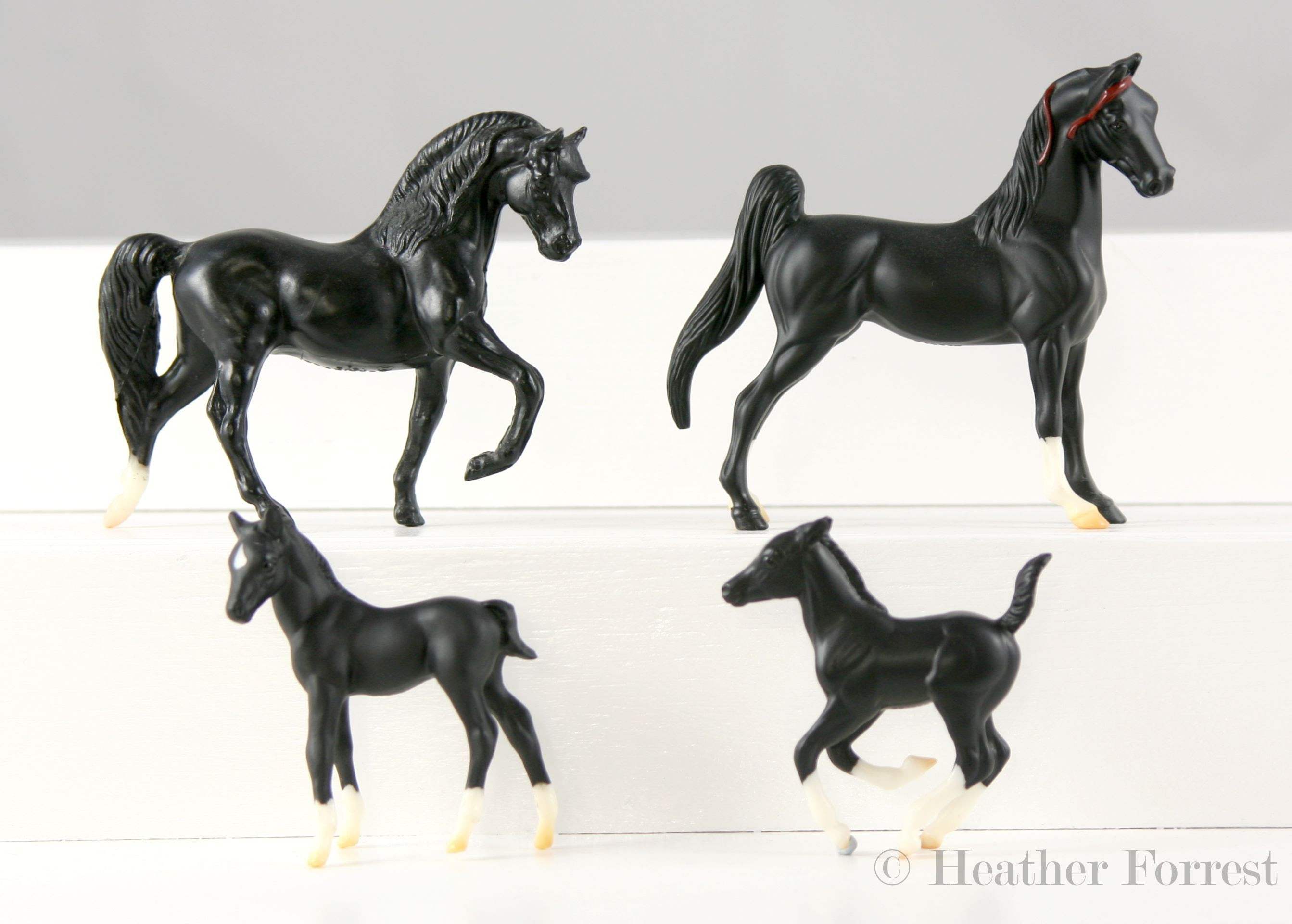 Two years after the Moody G2s were released, four foals sculpted by Sarah Rose were added to the line. Two years wasn't much of a gap and it just made sense to lump the foals in with the adults. Falling back on precedent, the 1976 G1 molds were considered part of the same generation as those released the year before.

For subsequent generations, one could argue that precedent for either classification standard had already been established with the G1 and G2 molds. Team Artist: Each generation (before the introduction of the foal molds) had all been sculpted by one artist. Team Release Date: the molds making up each generation were released essentially simultaneously.

The final list of the sixteen Generation Two molds is as follows:

Jump ahead six years to the addition of the G3s - a complete herd, adults and foals - all sculpted by Jane Lunger. It seemed obvious these molds should make up their own generation: G3 - providing further justification for both Team Release Date and Team Artist. The addition of the short-lived Cantering Stock Horse (also a Lunger) in 2007 didn't make much of a ripple and seems to have been generally forgotten by all but those looking to complete their SM horde, but anyway, the mold still fell within the standards set by the previous generations.


Up until this point, the most current Breyer guide used the Generation classifications listed above. As of this date, a new edition with the later Generations has yet to be published, so the jury is out on how they would have listed the newer molds.


G4 was a bit of a puzzle. Half the molds were sculpted by G2 artist, Kathleen Moody and the other half by G3 artist, Jane Lunger. Also, there were only six of them and they came out only four years after the G3 line.

The hobby has fallen into the habit of calling them G4s, and the two main model reference sites, Identify Your Breyer and ModelEquus refer to them as such. The question I heard being asked at the time was not, should the Moodys go into G2 and the Lungers into G3, but should all six be G3 or G4.

The six molds of Generation Four:

Here we are, a scant three years later, with four new molds, all but one by Jane Lunger this time (Chrome is a Brigitte Eberl sculpture) and we find ourselves with the same dilemma: lump them with G4 or add another generation? ModelEquus has listed them as G5s (changed to G4 some time later) while IYB has decided to call them G4s.

The four Generation Five molds are:


Part of me would like to stick the molds with the G4s as this would bring the mold count for that generation up to 10 which is a little less awkward than having two mini-gens. On the other hand, the release method of the two generations seems to set them apart from each other almost as much as the three year gap. G4s were released as part of the World Equestrian Games hullabaloo, which is reflected in the names adopted for the molds, while the newest molds were introduced as BreyerFest special runs and the mold names that are seeming more and more permanent are those which were given to the individual SRs.

As an aside, I thoroughly dislike the deviation from the traditional SM naming scheme. G1-G3 names are all based on breed, portrait horse name, or breed + action. This naming system is easier to remember and makes identification much easier. Which name is easier to pin to the correct mold: Icelandic Pony or Indigo? Working Stock Horse or Dungaree? (I keep trying to call that one 'Denim')

Edit (2016): The generation waters have been further muddied with the introduction of several individual new molds. Personally, I have decided lump generation five above in with G4s and to refer to any new mold released after 2013 as G5. If a large block of molds is again released, those would be G6, and anything after would be G7. This system may or may not be taken up by the hobby at large, but it is how I will be organizing my database.