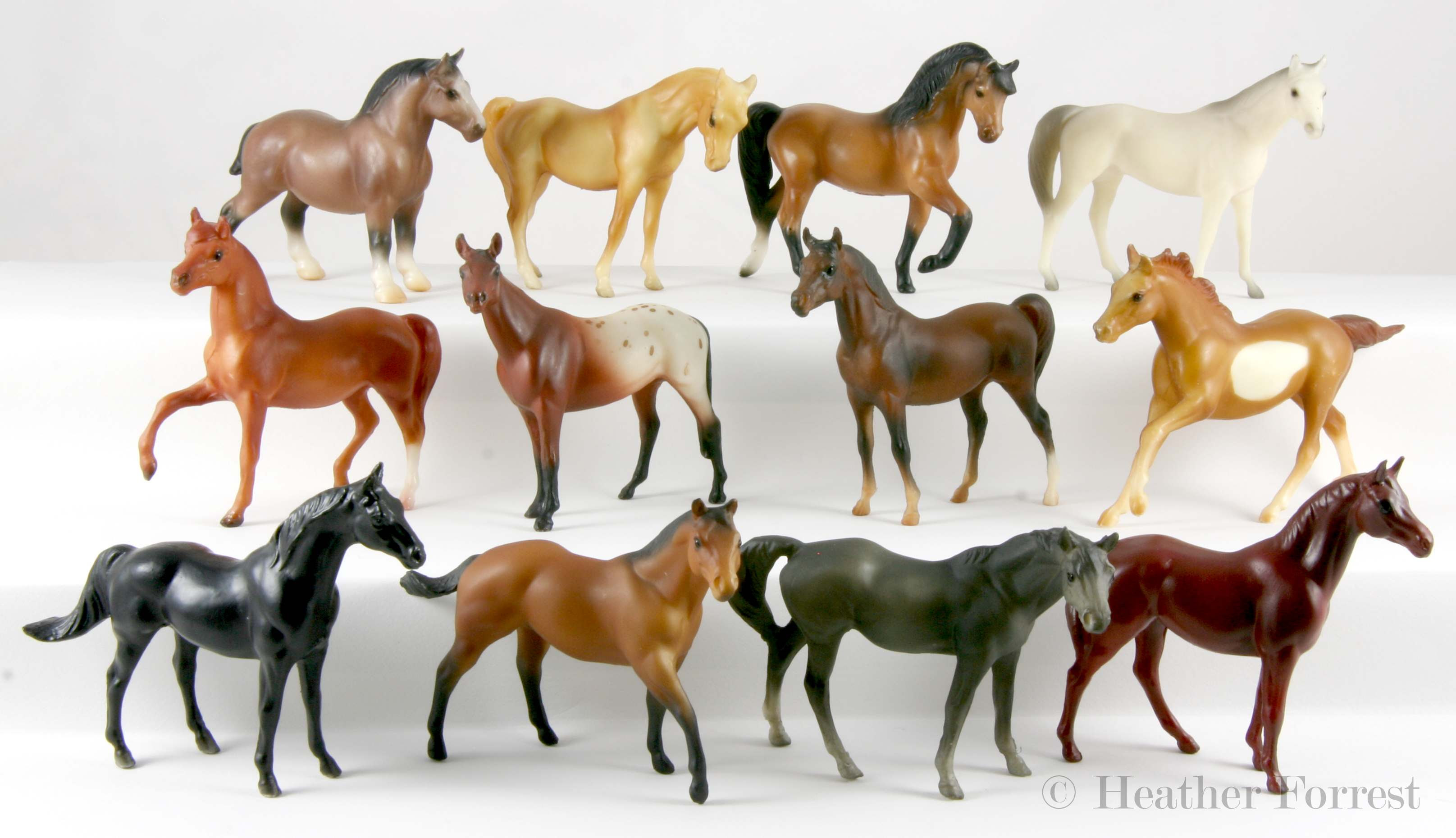 The individual Stablemates collection from 1992 was completely replaced in 1995 with a brand new group. Assortment #5900 marked the first-time release of a regular run appaloosa and the first ever Stablemate scale paint pattern. These took the form of a blood bay blanket appaloosa Native Dancer and a chestnut overo Seabiscuit.

In short, every adult mold except the Quarter Horse Mare and the Saddlebred had a place in the line-up this year. This group ran intact until they were discontinued to make way for the new Generation Two molds in 1998. During the lifespan of this collection, the age of the molds really began to show. Legs were getting thinner (or thicker in the case of the Morgan Stallion), and detail was melting away - look at those teddy-bear ears on the Quarter Horse Stallion.

1998 began the gradual phasing out of the Generation One Stablemates. The Generation Two collection was introduced this year and the G1s were relegated to a minor place in gift sets and occasional appearances in the singles assortment.

The Saddlebred made his first regular run appearance since he was discontinued in 1991 and as a pinto for the very first time. There was also a black dun/grey Quarter Horse Stallion masquerading as a Paint Horse for the first and only time, and Arabian Mare in a lovely flea-bitten chestnut.This trio only ran for one year; in 1999 they were replaced by three new G2 molds.

By 2000 there were only two G1 molds in the entire line, and those were in play sets. From then on, G1 molds only made the occasional cameo as filler in the odd play set. By 2005 there was a veritable herd of G1s in the catalogue, but by the end of the year that would all change.

In 2005 Breyer's mold lease with Hagen-Renaker, Inc. expired. As a result, all the G1 models in circulation were quietly replaced around the end of the year with G2 molds in look-alike colours, with the exception of two sets which were simply discontinued. 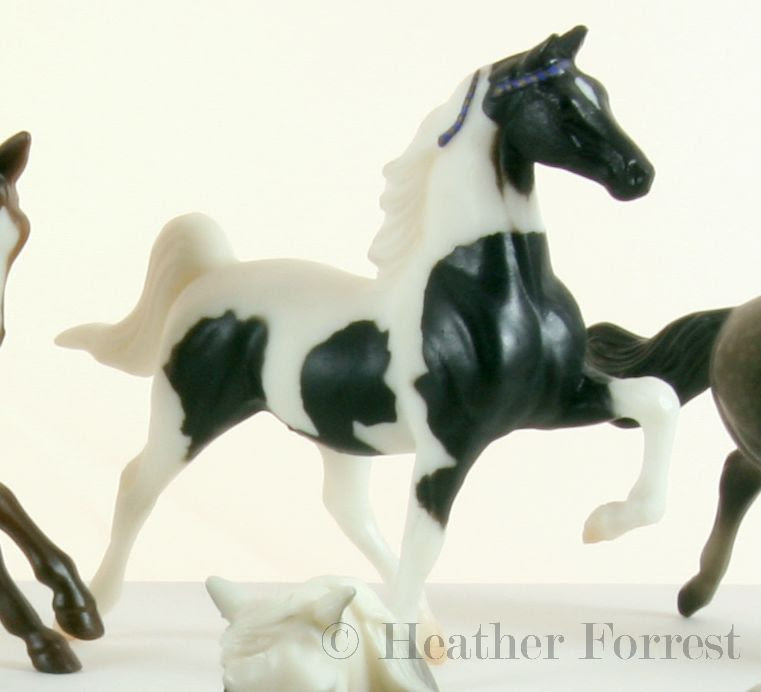 Caught up in the mass G1 extinction was this dapper black tobiano Saddlebred. He was the last Generation One single and was released as a part of the 2003 Singles Assortment. In 2006 catalogue, a look-alike G2 American Saddlebred took his place in the line-up.

Thus ended the G1 era, not with a bang, but with a whimper. The Stablemate line would continue, though; maybe not better, some purists would say, but different and exciting even so.