The G3 Paso Fino can be found in a whole range of brown. 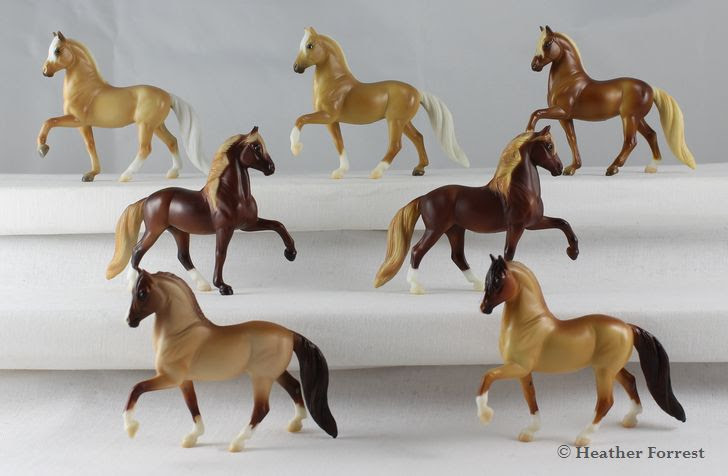 Tractor Supply Company/Other Retailers special run #5604 Palomino Peruvian Paso and Foal (2008) is a yellow palomino very similar to #5931, but usually has a bit more shading to the body. The model has three socks, not off-hind, and eye-whites.

Target #720226 Pony Gals - Peruvian Paso (2009) is a light golden-toned chestnut with flaxen mane and tail, and off-hind and near-fore pasterns.

#5906 Peruvian Paso - Red Roan (2006-08) is a chestnut roan with a creamy body, dark chestnut mane and tail, and dark chestnut shading on the body, head, and legs. It has eye-whites, a large snip, four socks, and leg chestnuts painted grey.

Toys 'R' Us special run #760218 Stablemate World of Horses Shadow Box - Peruvian Paso (2010) appears to be a re-release of #5906, but differences in colour and the gap between releases indicates this is a look-alike rather than extra #'5906s being repackaged. This model has a body colour which is darker and more orange, lighter shading, and a satin to semi-gloss finish. The white markings remain the same. 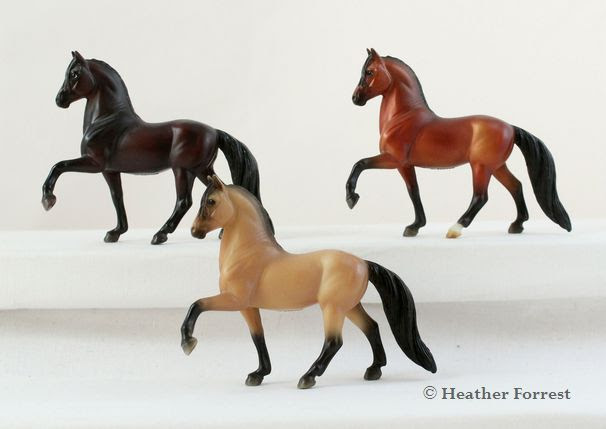 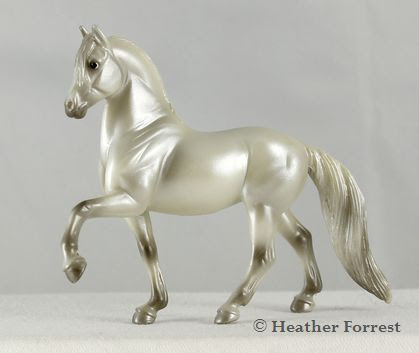 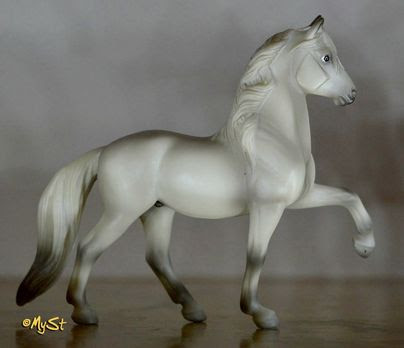 
Many thanks to MySt of My Stablemates for providing pictures for this post!