Those who ventured into Tractor Supply Co in January of 2008 might have found an exciting surprise - four new, unannounced mare and foal sets! These sets later appeared in a variety of retail stores and were only produced for a year. 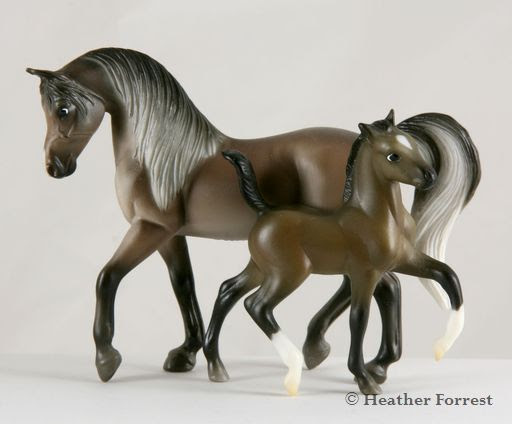 The stallion has a snip, eye-whites, and white and tail with black shading. The foal is slightly darker and has a star, eye-whites, black points, and off-hind and near fore socks, 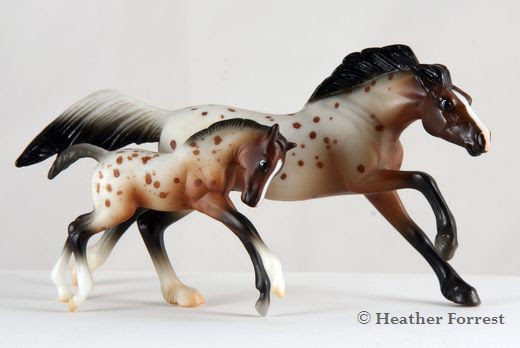 The G3 Mustang and G2 Frolicking Foal in the #5602 Appaloosa Stallion and Foal (2008) set are both bay "semi-leopard" appaloosas.

They have black points, white shading in their tails, blazes, and polka-dot spots. The Stallion has hind socks while the foal has three socks, not including the off-fore. 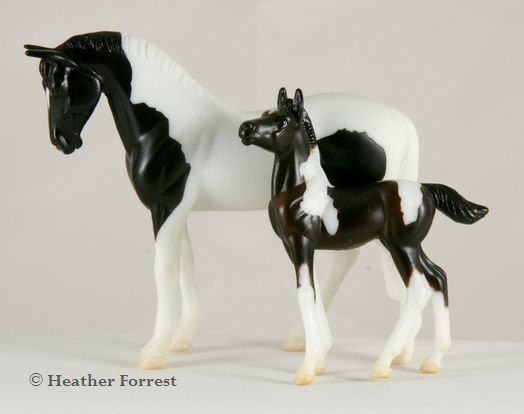 Both horses in the #5603 Pinto Sport Horse and Foal (2008) set are tobianos, but their base colours are different. 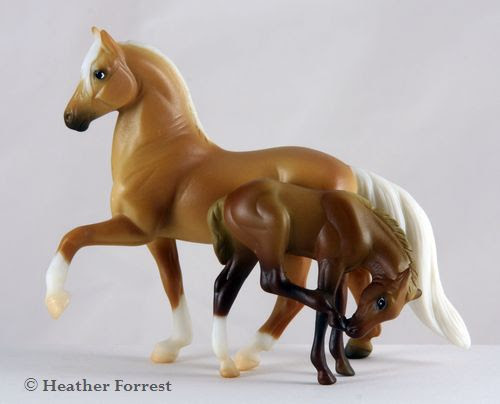 #5604 Palomino Peruvian Paso and Foal (2008) consists of a palomino G3 Peruvian Paso with three socks, not off-hind and eye-whites.

The G2 Scratching Foal is a sooty silver bay with flaxen mane and tail, darkly shaded legs, eye-whites, and a near-hind sock.