Gift Sets: The One Everyone Wants - The German Special Run

Generally, the more recently and item has been released, the easier it is to acquire. The G2 models tend to follow this rule, even the rarer of the releases can be easier to find than more common, but much older G1 models. One of the exceptions to this rule is the German special run set, which was almost impossible to obtain from the start.

Produced as prizes for the 2006 German Horse Fest, often referred to as the German BreyerFest, this set features five G2 molds in stunning colours with a beautiful high-gloss finish. The exact numbers produced are currently unknown, but the hobby estimates around only 16 of these sets were given out. A couple of sets appeared later in the BreyerFest sales tent, AKA the Ninja Pit of Death.

The set consisted of a palomino G2 American Saddlebred, a flaxen chestnut G2 Andalusian, a black sabino G2 Clydesdale, a black roan G2 Rearing Arabian, and a buckskin tobiano G2 Thoroughbred, all with an extremely high gloss finish, much like the 2002 QVC Silver Cup sets. 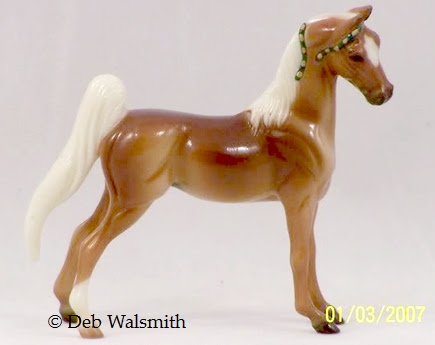 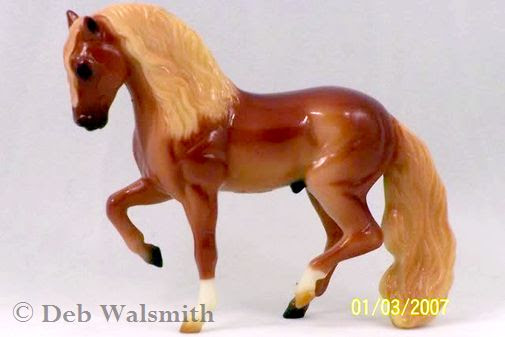 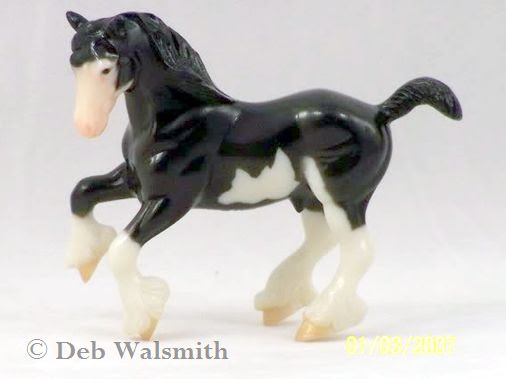 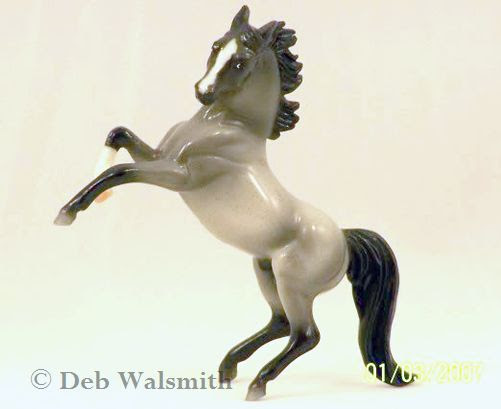 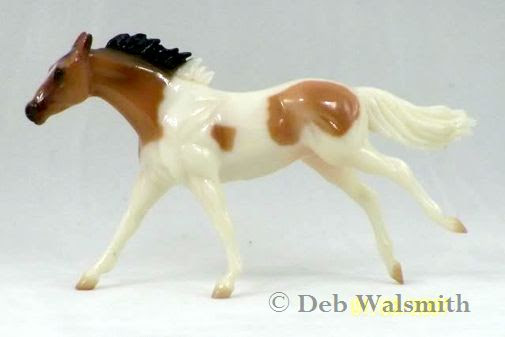