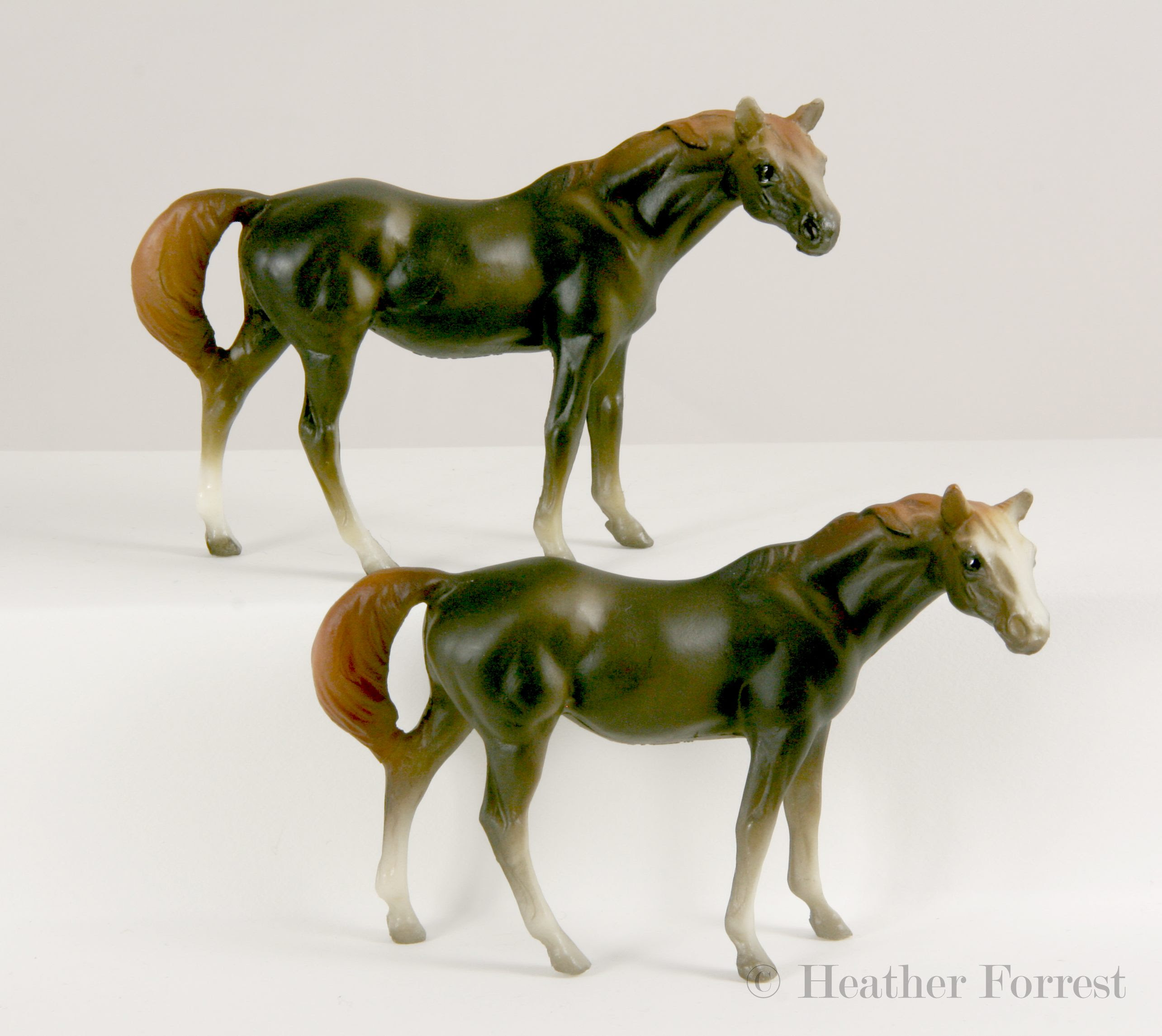 Both of my mares are the standard release colour, but there are some small differences, the most noticeable being their facial markings. The far mare has some white on her face, but it looks more like shading while the near mare has a clear bald face like the model shown in the catalogue. The far mare is also darker with less extensive, but more distinct white leg markings, while the near mare's leg markings range higher and gently fade into her body colour.