B Is For Breyer

Beginning around late 1979 and lasting until between 1983 to '84, a new stamp was added to molds currently in use - Traditional through Stablemate scales.7 This era saw the birth of many of our plastic oddities - pearly, chalky, swirl, etc. - due to the 1979 energy crisis. Oil prices shot up during this time and with them, the prices of petroleum-based products, such as the Cellulose Acetate used to make our beloved Breyers.

As a cost-cutting measure, Breyer switched from Cellulose Acetate to Cellulose Propionate during this period. One characteristic of these two plastics is that they can not be mixed; this was problematic since Breyer had long followed the practise of taking scraps and rejected models and regrinding them to be mixed with virgin plastic and recast.7

Some way was needed to differentiate between models molded from Cellulose Acetate and Cellulose Propionate. It is surmised that the solution was to add a small capital B to the mold mark (Why a B and not a P for Propionate? The world may never know).7 On larger molds it tended to appear on the upper-inside of a leg (usually rear), but the Stablemates had theirs between the forelegs. 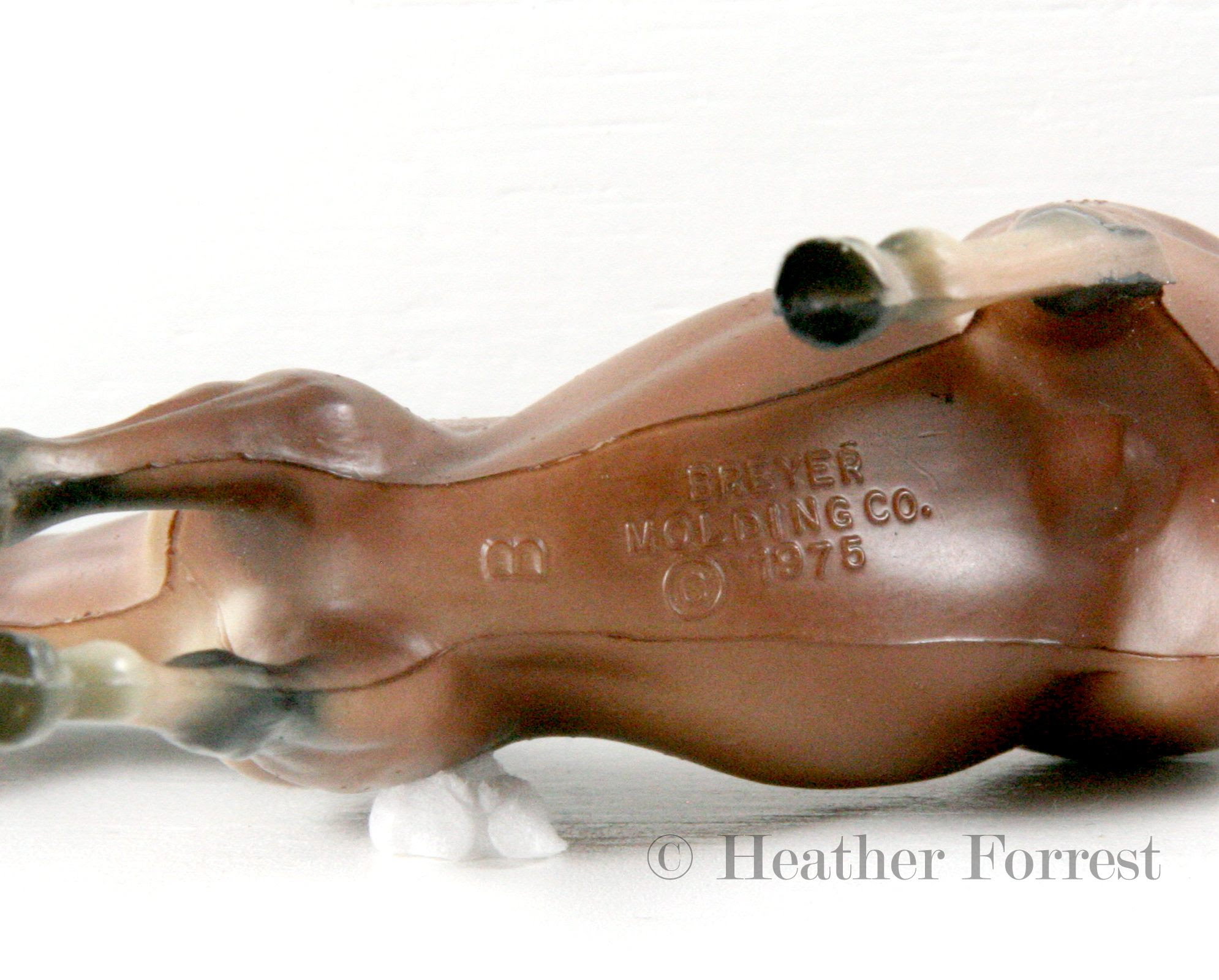 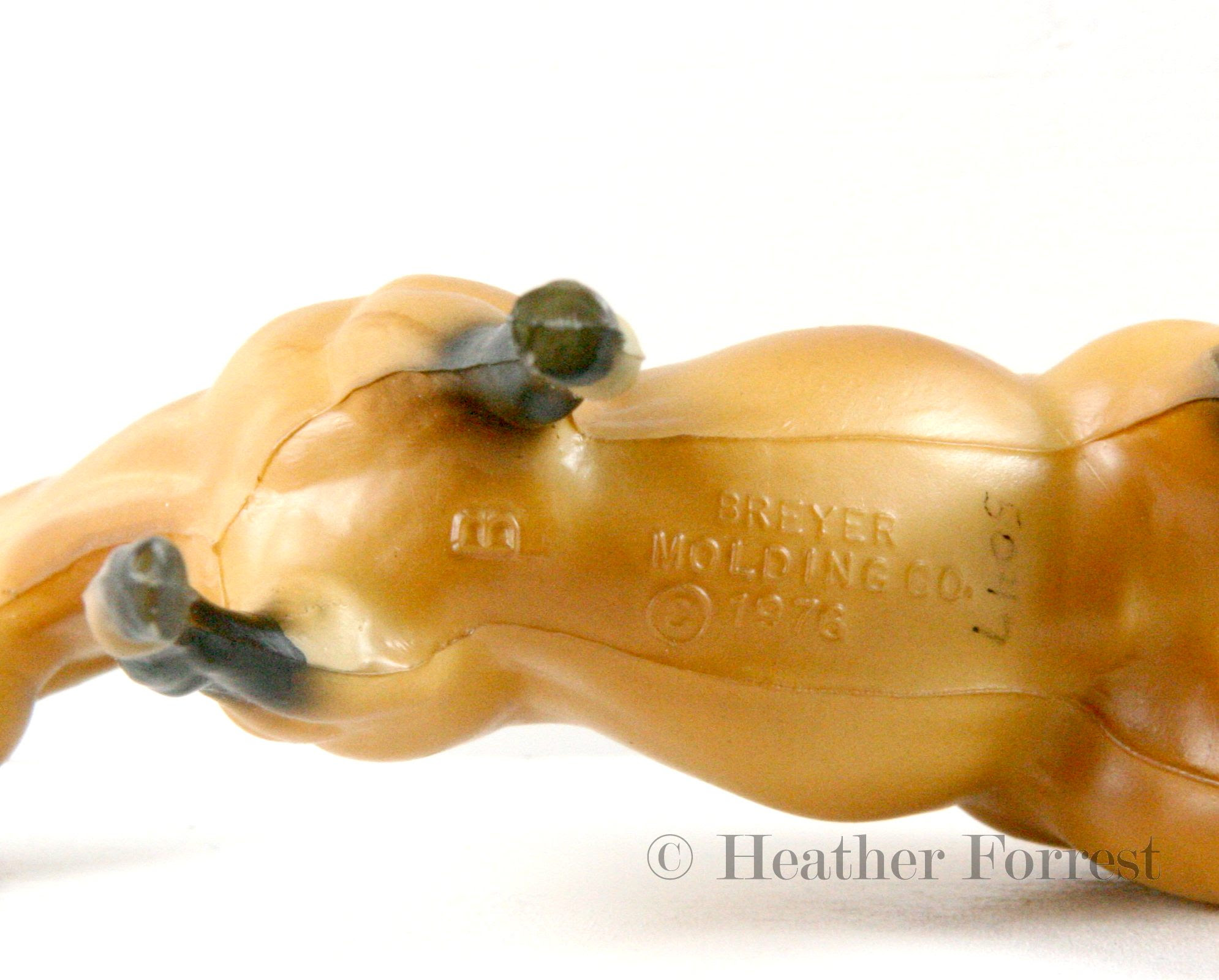 Lending credence to the theory that the B stamp is linked to the plastic change, the 1978-84 dealer catalogues all omit any mention of the type of plastic used, while the catalogues prior to and after this period make mention of Cellulose Acetate specifically.7

All G1 models (in the correct period colours) have the potential to carry the B stamp, with the exception of the Thoroughbred Foals as they were discontinued before the oil crisis and not used again until well after. I have several B stamp models in my collection: 2 buckskin Quarter Horse Stallions, a Swaps, a Seabiscuit, and a bay Saddlebred. All of them have the rather flat paint jobs typical of the late 70s and 1980s models.

This particular mold mark variation is specific to one mold, the Quarter Horse Mare. Once upon a time around the late 1970s, Breyer flirted with the idea of moving production to Mexico. The idea never panned out, but a pair of molds retained a souvenir of the venture. A few Traditional El Pastors can be found carrying Hecho en Mexico (Made in Mexico) down an inside leg (this was removed shortly after the failed experiment)7 and many Stablemate Quarter Horse Mares were stamped MEXICO just above their copyright mark.

The El Pastors, roughly 2,000 of them, were definitely manufactured in Mexico (and believed to have been abandoned there), but the Stablemate mare likely never made it south of the border.7 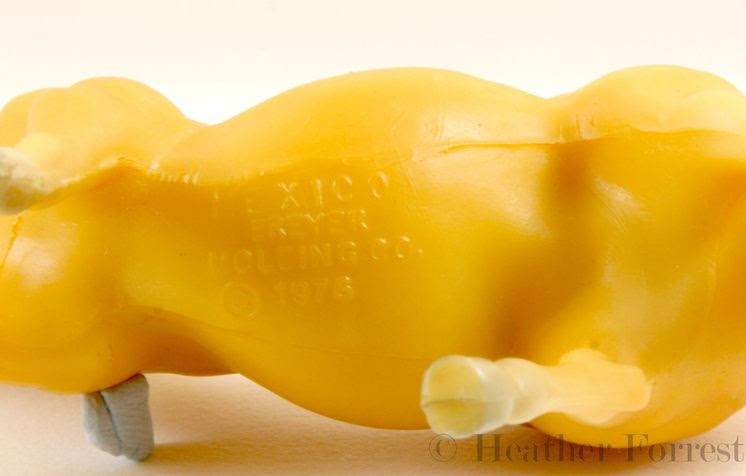 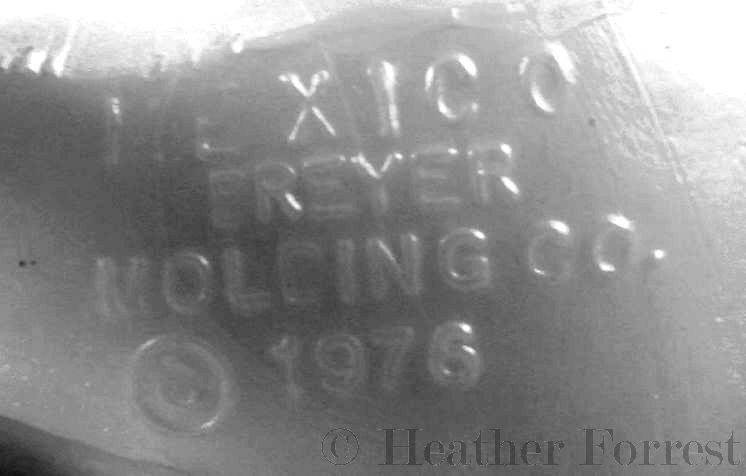 The MEXICO mark isn't terribly uncommon as it pops up quite frequently on three of the four colours - the chestnut Quarter Horse Mare was discontinued before the stamps came into production. This stamp had a good long run as it seems to have been added at least between 1977 and '78 and was used into the 80s. A model in packaging marked "Reeves International, Inc." was found with a MEXICO stamp, the name of the company on the package puts production of this mode between 1984/85.


Some examples, such as the one above, have been seen carrying the B stamp as well. It is unknown if the MEXICO mark was removed prior to the mold being discontinued in 1988.8

Next: Stamp of Approval - The Twin Theory

Many thanks to Janice Eames for providing a picture of her B-Stamped MEXICO G1 Quarter Horse Mare!