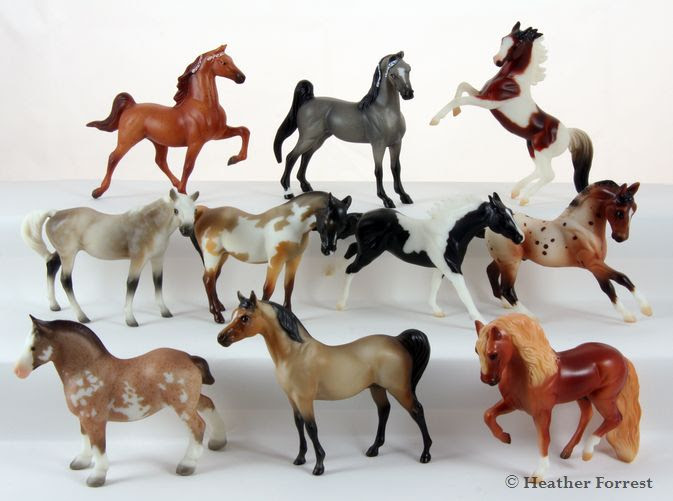 The 2004 set was the only set released with G1 and G2 molds. The poster provided more detailed information about the models than previous sets; according to the poster, the models are:

This group featured some beautiful colours, detailed patterns, and a range of facial markings. Many of these models could not have been pulled off before the introduction of the sticker masking. 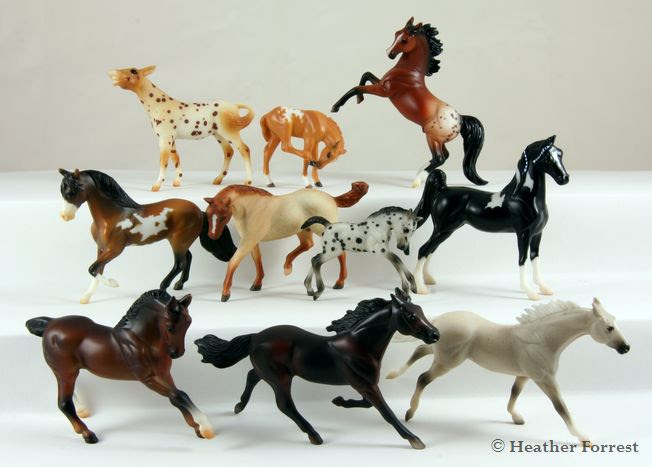 The colour palette for this set was quite dark and very heavy on the appaloosa patterns. The Standardbred was listed as a chestnut, but appears to be a very dark bay.

In 2006 the collections would again feature a mix of generations, this time G2 and G3.