After the all the sets with horses under saddle, it only made sense to start putting them in harness, too. With the new releases in 2003 was the Stablemates Horsepower! collection - three different horses in harness. These sets were chock-full of accessories and the tack and wagons were detailed and appealing, but since the sets only contained re-releases of recent models, they didn't make as big of a splash with collectors as would have been expected. 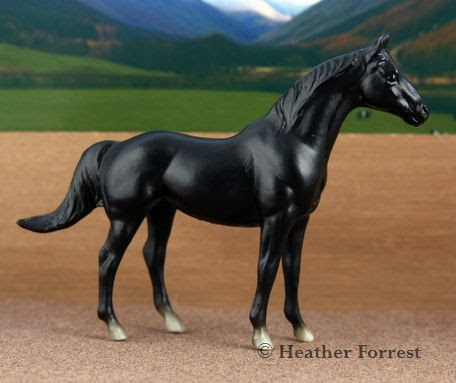 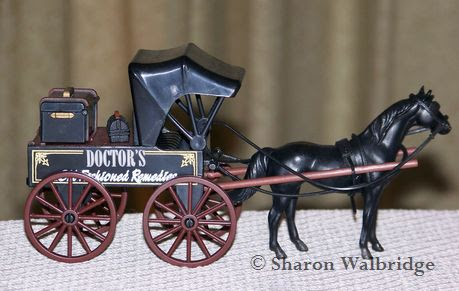 #5986 Doctor's Buggy (2003-05) was a classy affair with a black G1 Silky Sullivan and a black wagon with gold lettering. A trunk, doctor's bag, sleeping cat, and sitting dog rounded out the set. The G1 Silky Sullivan is the same as #5177 from the 1995 Stablemate Assortment. Some models have white feet, while others are solid black, but this variation is also seen in the #5177 releases and is not a means to tell the two models apart. 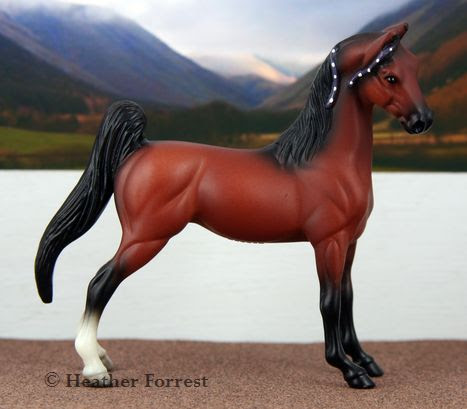 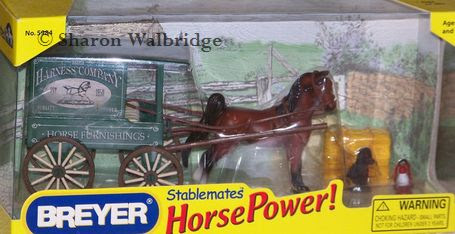 A bay G2 American Saddlebred, the same as #5202 Western Rider and Saddle Set was harnessed up for the #5984 Delivery Wagon (2003-05). The closed wagon is dark green with cream writing, the harness is brown, and a bale of hay, a lantern, and a dog are also included. 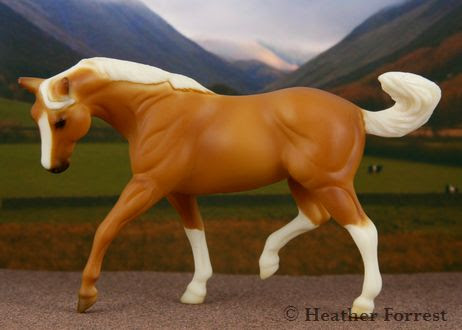 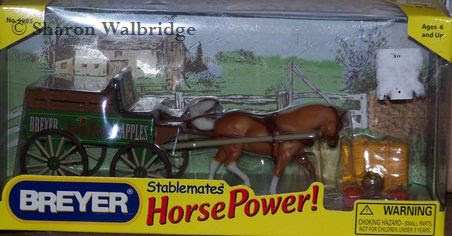 For the second of his three appearances, the palomino G2 Stock Horse, originally released in the #5201 Western Rider and Saddle Set, graced the #5985 Buckboard Wagon (2003-05) with his yellow presence. In this set the wagon was an open delivery-type with slatted sides, a bright green body, and a brown harness. The small accessories included a pair of pumpkins, a bushel of apples, and a bale of hay.


While the other 2005 horse and harness regular run releases were realistic western show sets, the #5989 Princess and Carriage Play Set (2005-06) stood out as the only fantasy set. Coming as it did on the brink of the great Generation Swap, two different versions of this set can be found. 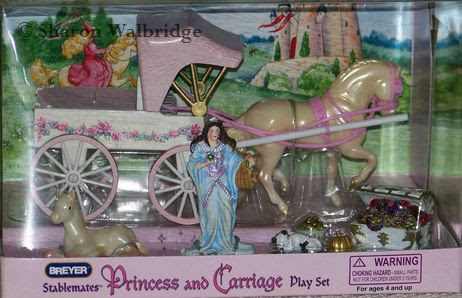 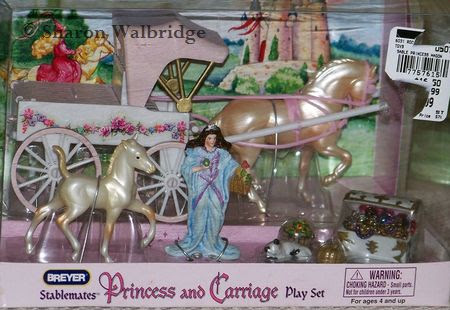 The basics are the same - both sets came with a pink and white, flowered carriage, pink harness, princess, assorted treasure, and a sleeping black and white cat. 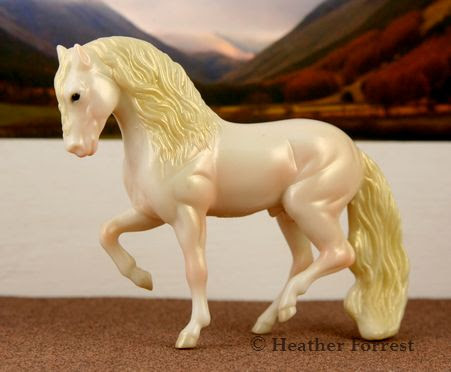 And the adult horse, a G2 Andalusian in a pearly fantasy-type cremello with exaggerated pink shading and gold-toned mane, tail, and hooves, remained constant. The pink on this model can range from barely visible highlights to "someone should have used some sunblock" all over heavy shading. 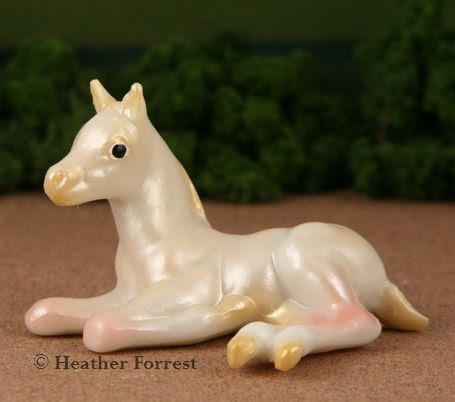 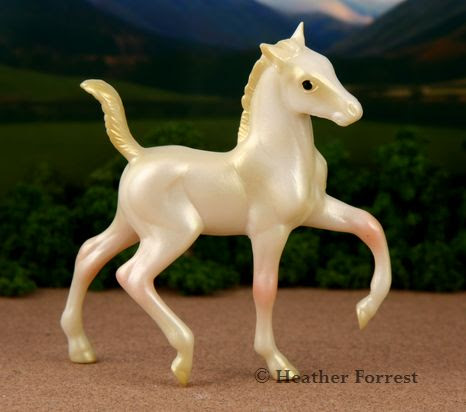 It was the foal which experienced the big swap. The pearly cremello G1 Thoroughbred Lying Foal with its pink shading, gold-toned mane, tail, and hooves became an identically coloured G2 Trotting Foal.