We skipped over two of the movie collections in the last post as both collections are rather photo-heavy.

In 2004 Breyer went slightly wild with the Hidalgo movie. Plushies, Traditionals, Classics, Stablemates, and special runs were unleashed upon the collectors. The sets contained a mix of G1 and G2 molds which caused a bit of confusion at the end of 2005 when the big switch occurred.

There were two gift sets released, on a regular run and the other a special run through Blockbuster Video. 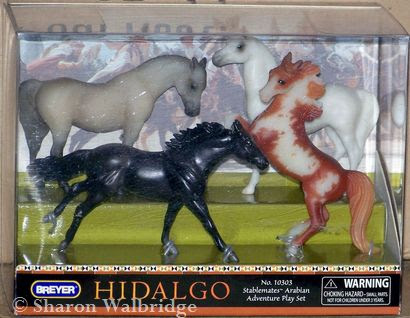 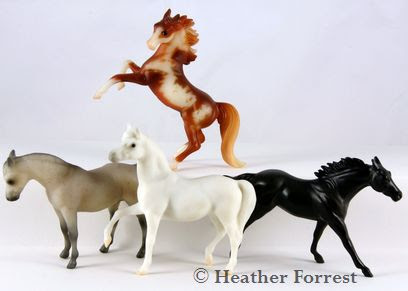 #10303 Hidalgo Stablemates Arabian Adventure Play Set (2004), the regular run set, contained four Arabian-ish models. The G2 Rearing Arabian in flaxen chestnut frame overo as Hidalgo and playing the part of the Arabian crew is the G1 Arabian Mare in a shaded flea-bitten grey, the G1 Morgan Mare in white grey, and a G2 Thoroughbred in smokey black. This was a very short-lived set and can be somewhat difficult to find. 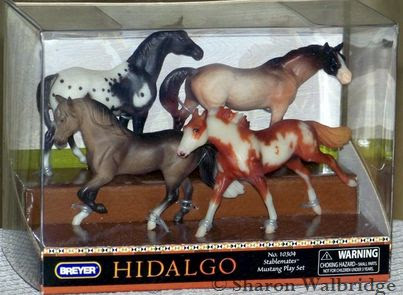 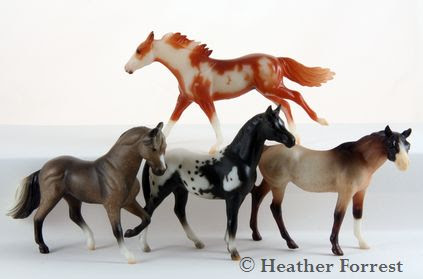 Following in the footsteps of the Seabiscuit collection, a Classic model and a Stablemate set was released as a Blockbuster Video exclusive. Like the regular run set, special run #10304 Hidalgo Stablemates Mustang Play Set (2004) is split between the two generations. This time Hidalgo is played by the G2 Thoroughbred. His mustang pals consist of a bay roan G1 Thoroughbred Mare, a black blanket appaloosa G1 Swaps, and a G2 Paso Fino in dapple grey.

Back on the regular run side of things there was more, the #10306 Hidalgo Stablemates Buffalo Bill Show Play Set (2004-05) 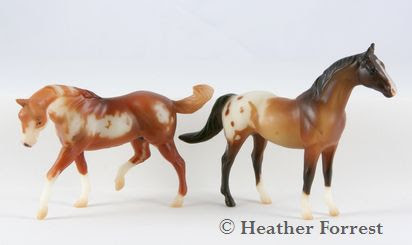 Compared to other play sets, this one was a little light on the accessories. A G2 Stock Horse appeared as Hidalgo in full western tack with a cowboy rider and there was a G1 Silky Sullivan in a striking shaded buckskin blanket appaloosa pulling a Buffalo Bill show wagon. When the big switch came at the end of 2005, this set was discontinued instead of G2-ing it.

In 2005, two new sets appeared which seemed to be associated with the Hidalgo collection, but weren't specifically mentioned as such - the Buffalo Bill Rough Rider and Annie Oakley play sets. 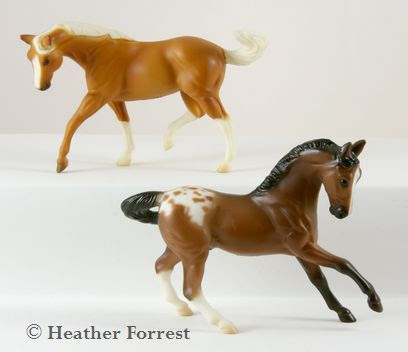 #5316 Buffalo Bill Rough Rider Play Set (2005-06) was more about the accessories than the horses as both were re-releases of previous models: the buckskin blanket appaloosa G2 Warmblood is the same as #5904 from the Stablemate Assortment and the palomino G2 Stock Horse featured in two other play sets, #5201 and #5985. The accessories included a western tack set and rider for the G2 Warmblood, harness and Buffalo Bill wagon for the G2 Stock Horse, and a lantern, hitching rail, and campfire. 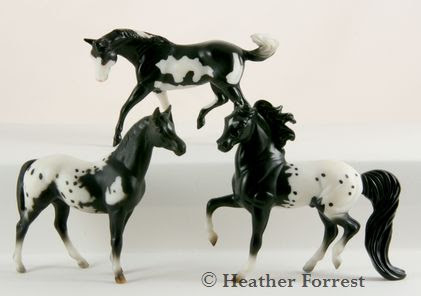 The #5315 Annie Oakley Play Set (2005) was more interesting for those collectors less interested in accessories. In the begining the set feaured the same black blanket appaloosa G1 Swaps as seen in the special run Hidalgo Mustang set. In late 2005 he was quietly swapped with a G2 Prancing Morgan who finished out the remainder of the year. The G2 Stock Horse in dark bay frame overo remained consistent throught the year. In addition to a bale of hay, a lantern, and a puppy, the G2 Stock Horse came in western tack with Annie Oakley as a rider, and the appaloosa model was hitched to an Annie Oakley show wagon.


Though a big fuss was made about the Spirit: Stallion of the Cimarron movie when it came out in 2002, complete with all new Traditional-scale molds and a whole porcelain collection, the Stablemate sets weren't released until 2005. As both sets were released right on the eve of the Big Switch, two different versions of each can be found. 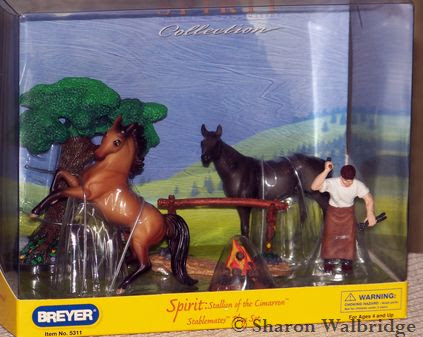 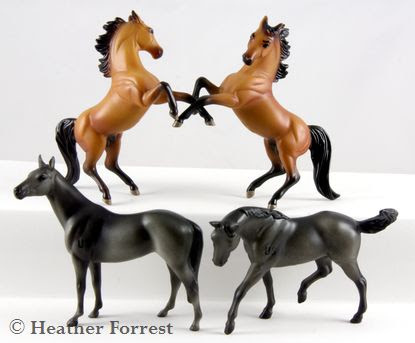 During most of 2005, #5311 Spirit: Stallion of the Cimarron Play Set (2005-07) was split 50/50 between G1 and G2. Spirit was and continued to be played by the G2 Rearing Arabian in buckskin (yes, and the eye-brows) while the US Calvary horse saw a change in casting. First as a G1 Native Dancer and later as a G2 Stock Horse, both models were a dark dapple grey with a black US brand on their near-shoulder.

The set also contained a fair share of accessories: a tree, hitching post, campfire, and a blacksmith. 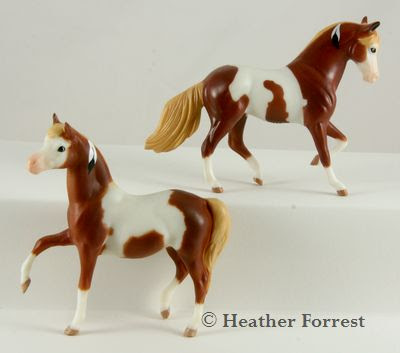 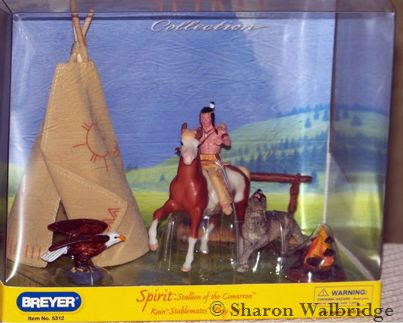 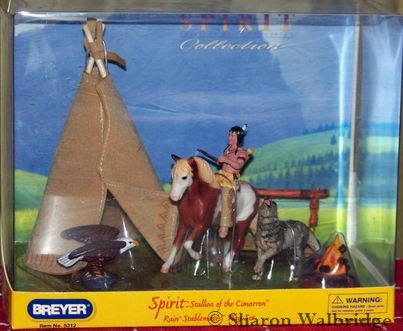 The same scenario played out with #5312 Spirit Family Play Set with Rain (2005-07). Rain started out as a flaxen chestnut tovero G1 Morgan Mare and ended up as a G2 Paso Fino. In keeping with the character, both models featured painted eagle feathers in their mane - near-side for the G1 and off-side for the G2. The accessories were rather swank in this set, a working cloth tepee, an eagle, wolf, campfire, hitching post, and American Indian rider.