Though Breyer has had a long history of producing portraits of famous horses, both real and fictional, on their larger scale models, it wasn't until relatively recently that the Stablemates got into the act. Breyer released tie-in sets for horse-themed movies each year from 2003 to 2006.


In 2003 the blockbuster movie Seabiscuit inspired Breyer to produce Traditional, Classic, and the first Stablemate scale movie tie-in models. Two different Stablemate sets were released, one a regular run and the other a special run only available through Blockbuster Videos (Wikipedia link for you young whippersnappers) 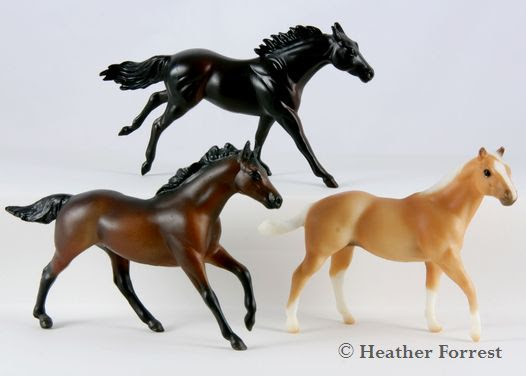 This was one of the last regular run sets to utilize the flat, shadowbox style of packaging. 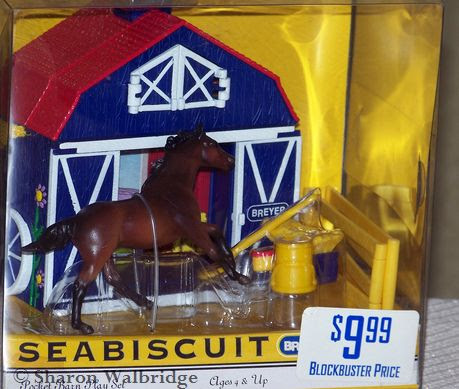 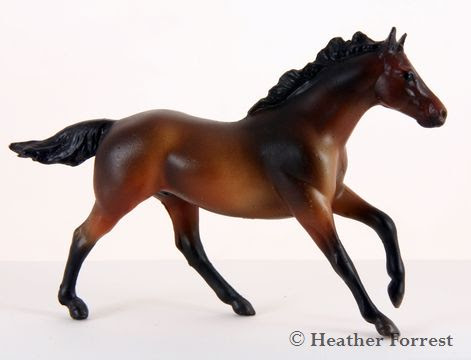 It seems only logical to sell a movie tie-in special run through a major video store, but they certainly could be a pain to track down. #600303 Seabiscuit Pocket Barn Play Set (2003) was only available at Blockbuster Video stores, though overstock did appear from time to time through discount retailers. The set contained the same Seabiscuit as the regular run set, a red, white, and blue pocket barn, yellow pitchfork, bucket, and fence panels, a red and yellow body brush, and a blue and yellow box of hay.


In 2004 Hidalgo made a huge splash in the Breyer line, but we're going to give those sets their own post and skip over to 2005 and the Dreamer story. The Dreamer: Inspired by a True Story collection fell rather flat on the collectors. Most of the items were plushie accessories, and the two large-scale models were a plain chestnut on fairly unpopular molds. The single Stablemate set was rather nice, but it did have a few problems. 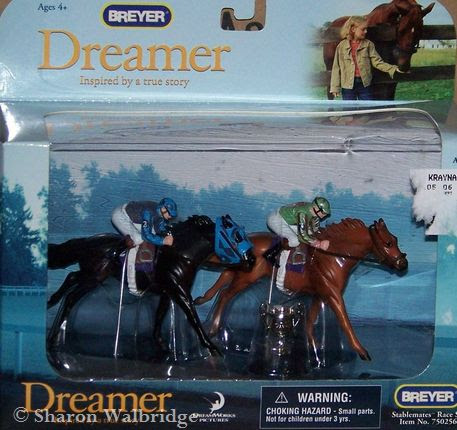 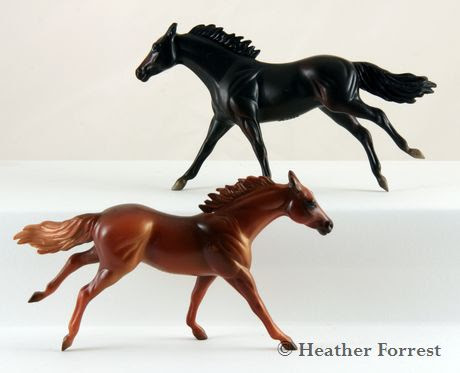 The new, dynamic 3D style boxes with the horses wired into standing positions had the potential to cause rubbing between the models when boxes were flexed or crushed during shipping. The tack also had a tendency to stick in places and take paint patches off the horse when removed.

That said, the models in the #720256 Dreamer Stablemates Race Horse Set (2005-06) were lovely. Both are G2 Thoroughbreds in full racing tack, complete with jockeys. Soñador (Dreamer in English) is a rich, somewhat metallic chestnut while Goliath's Boy is a very dark bay.


After the letdown of the Dreamer collection, things picked back up again with Flicka in 2006. In addition to the plushie and toy accessories, there were also Traditional and Classic scale releases, Walmart special runs, and two Stablemate sets. I've never seen the movie, so I'm not sure if the other horses in the sets are specific characters or just "extras" Breyer created. 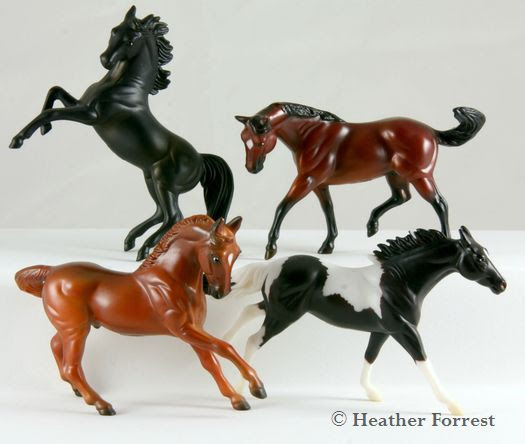 The first set, #5401 Flicka and Family Gift Set (2006-07) is a regular run and consists of four models in the 3D packaging. In addition to Flicka, a black G2 Rearing Arabian with subtle brown shading, there is also a bay G2 Stock Horse, a chestnut G2 Warmblood, and a G2 Thoroughbred in a very dark bay tobiano. 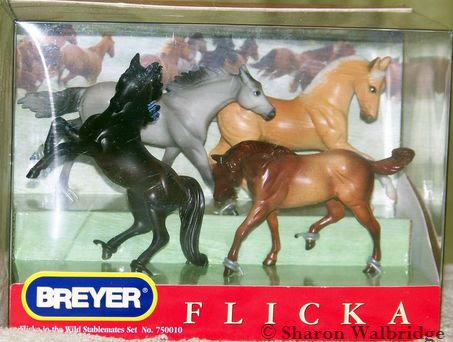 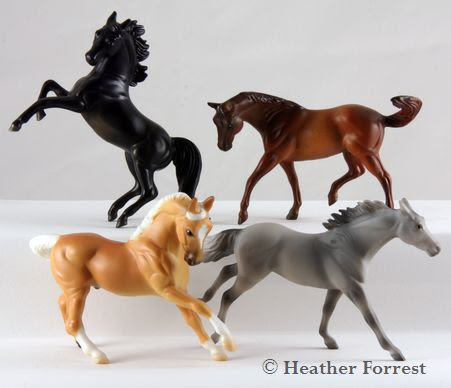 The second set, #750010 Flicka in the Wild Stablemates Set (2006), is a special run and could only be found at Walmart, though not all stores carried the Breyer line.The molds were the same as was the Flicka model, but the colours were different on the other three. This time the G2 Stock Horse was a shaded chestnut roan, the G2 Warmblood a palomino, and the G2 Thoroughbred a soft shaded grey.

I said the Flicka models are identical, but mine at least are not. The G2 Rearing Arabian in my regular run set is a stallion while the same model in my special run set is a mare. I do not know if this is typical for the sets - if all the regular run sets have stallions, or if the mistake was caught later on and the gender is mixed for the release. Does anyone have a regular run mare or a special run stallion?