The BreyerFest Special Run keychain trend continued to be offered, this time with the new G2 molds. 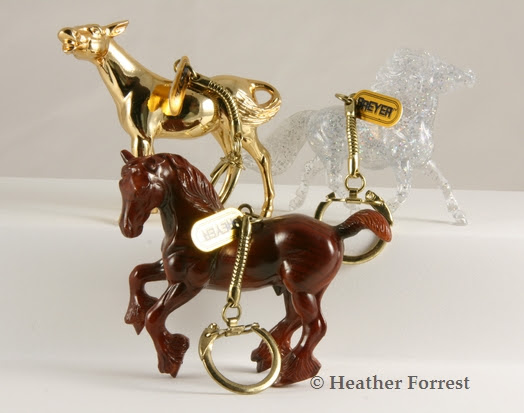 Like most of the previous keychains, the 1999 offerings were decorators. These four were sold as pairs with only 1,500 of each pair being produced. #710899 BreyerFest Stablemate Keychain (1999) consists of a gold G2 Mule and woodgrain G2 Clydesdale. The #710999 BreyerFest Stablemate Keychain (1999) set was a woodgrain G2 Andalusian and a clear, rainbow glitter G2 Shetland Pony. Unlike the earlier sets, these and all subsequent sets were new plastic. 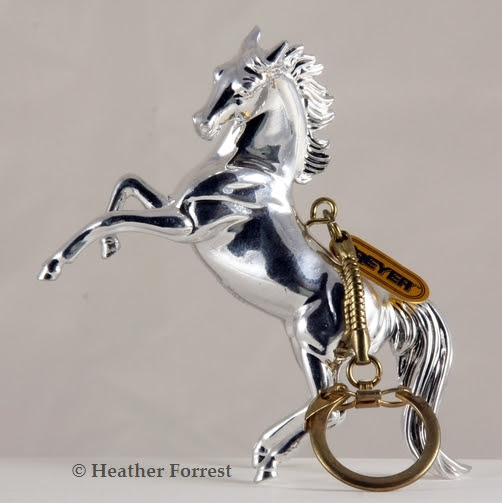 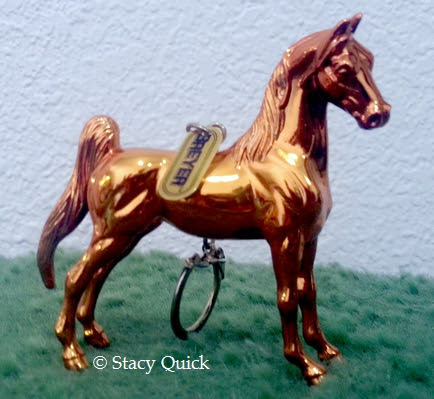 The keychains returned to the BreyerFest store in 2000, but this time the four models were sold as a set instead of in pairs. Three of the four were metallic colours with a high shine - a copper G2 American Saddlebred, silver G2 Rearing Arabian, and gold G2 Stock Horse. The fourth model was a pearl white G2 Warmblood. There were 2,000 sets of #710200 Stablemates Keychain (2000) produced.


The following years brought about a few changes. There were no keychains for the 2001 and 2002 BreyerFests, Breyer decided to experiment with flocked and porcelain Stablemates instead. 2002 also saw the introduction of themed BreyerFests which would play a huge part in later Stablemate special runs for this event. The theme for the 2003 BreyerFest was "Blast From the Past"; in keeping with this theme the "Mod Squad" was offered, two G2 and two G1 models in "psychedelic" colours. The G2 molds were swirled coloured plastic like the 1998 G1 Arabian Mare - pink and orange for the Rearing Arabian and green and white for the Stock Horse. 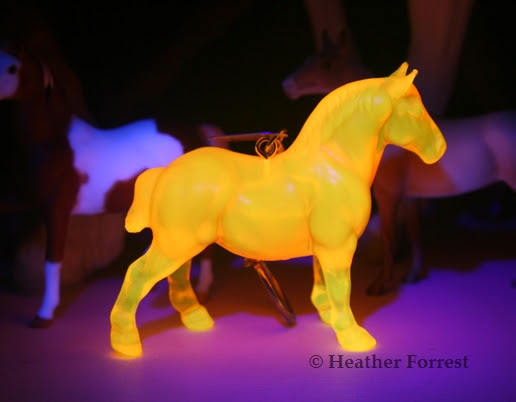 At first glance, the clear orange G1 Draft Horse and the clear fuchsia G1 Saddlebred appeared to be more sedate, that is until you got them under a black light where they glowed! 1,000 of the #711103 Mod Squad Keychain Set (2003) sets were produced.

Many thanks to MySt of My Stablemates and Stacy Quick for providing pictures for this post!