In 1999 the Generation One models in the #59197 Stablemates Little Red Stable Set were replaced by two Generation Two models; the name and number of the set remained unchanged. 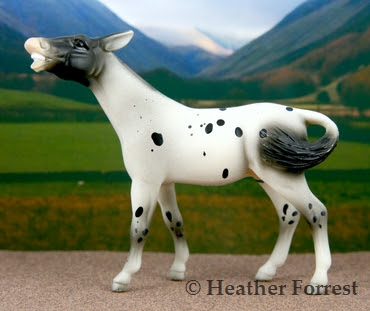 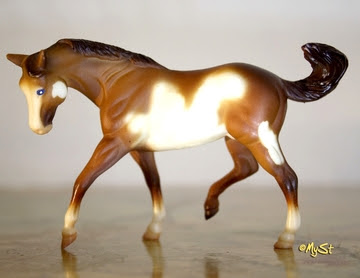 The leopard spotted G2 Mule is the same as #5609 from the Stablemate Assortment, but the chestnut frame overo G2 Stock Horse is unique to the set. This pair was available through 2001. 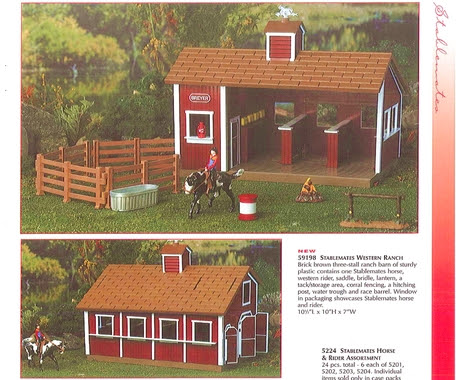 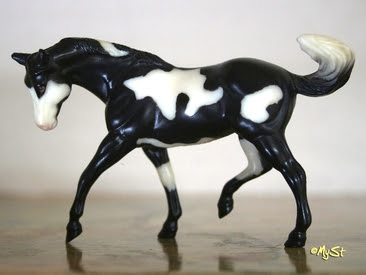 In 2002 a new set was released to fill the void left by the discontinued Little Red Stable, this time the barn looked a little less New England and a little more Wild West. There was only one horse in the #59198 Stablemates Western Ranch, a black frame overo G2 Stock Horse. The set was a little bare when it came to accessories, but it did include a cowboy...and fire. The Western Ranch was only available through 2002, the next year it was replaced by yet another incarnation of the Little Red Stable. 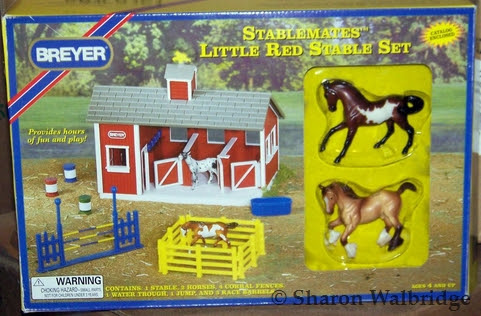 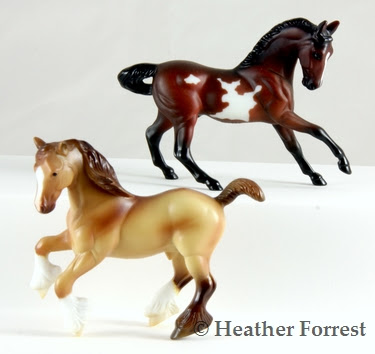 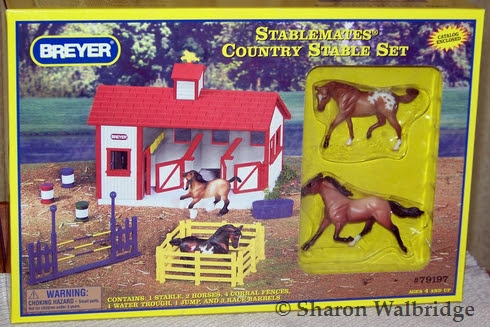 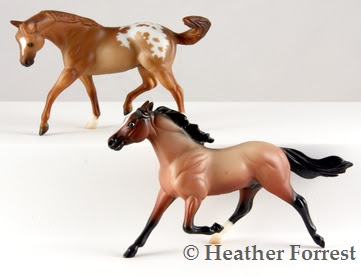 2006 was a busy year for the Little Red Stable. Not only had a new version of the set been released with a G3 model, but this snappy set popped up in K-Mart stores. The Special Run #79197 Stablemates Country Stable Set came with a lovely bay roan G2 Standardbred and delicate light chestnut blanket appaloosa G2 Stock Horse.

Many thanks to Sharon Walbridge and MySt of My Stablematesfor providing pictures for this post!