Singles Assortment: The Second Generation - What Pony is This?

When subscribers to the Breyer magazine, Just About Horses began to pour over the New For 1998 list in the 1998 Jan/Feb issue noticed the list was unusually long for the Stablemate scale. At first the offerings seemed fairly standard: Thoroughbred - Blood Bay, Arabian - Shaded Steel Grey, Shire - Black (well, okay it's possible Breyer's stretching a point with the G1 Draft Horse...), Pinto Saddlebred - Chestnut and White, Shetland Pony - Red Ro...wait a minute, Shetland Pony? Breyer doesn't have anything that could pass for a Shetland Pony! NEW MOLDS!!

The 1998 July/Aug issue featured images of the full 1998 Singles Assortment, as well as announcing an exciting special run. The full-colour picture showed not just a handful of new molds but twelve (including the three from the special run set) dynamic molds in a variety of breeds by the talented and popular Kathleen Moody!

While the G1 molds had names which were uniformly used, the G2 names could vary a bit, especially in the early days of the mold when there was a certain amount of anarchy when it came to the mold names. Eventually the hobby came to an informal majority agreement, though a few name variations are still in use. The most commonly used mold names are as follows:

It took quite a while for the new assortment to hit the stores - I stalked my local shop without any luck until December 17, 1998; my JAH special run set appeared on my doorstep less than a week later. 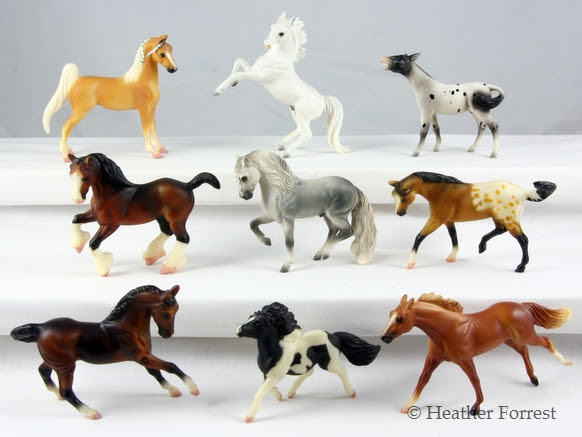 The Assortment released in 1998 only featured nine of the new molds, plus three G1 models: 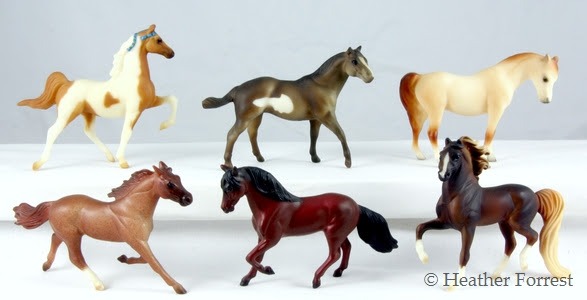 This 100% G2 assortment was available through 2002 when it was replaced the next year by a new assortment. 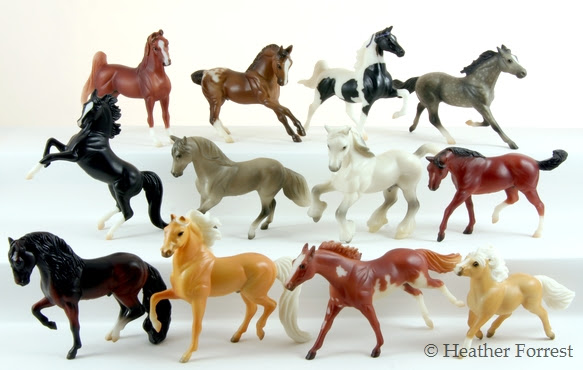 This group consisted mainly of G2 molds with one lonely G1 Saddlebred in black tobiano. The rest of the assortment contained:

Around the end of 2005 the G1 Saddlebred was replaced by the American Saddlebred in the same colour. 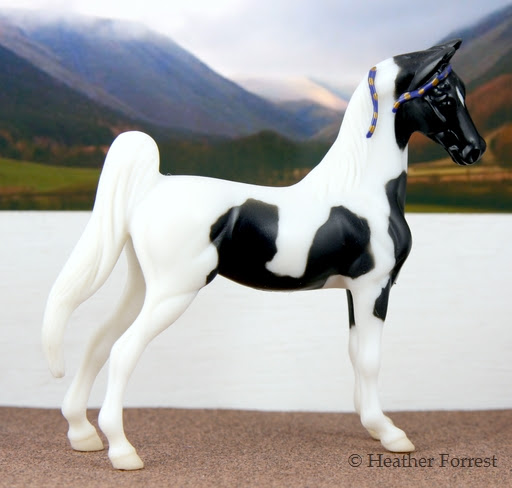