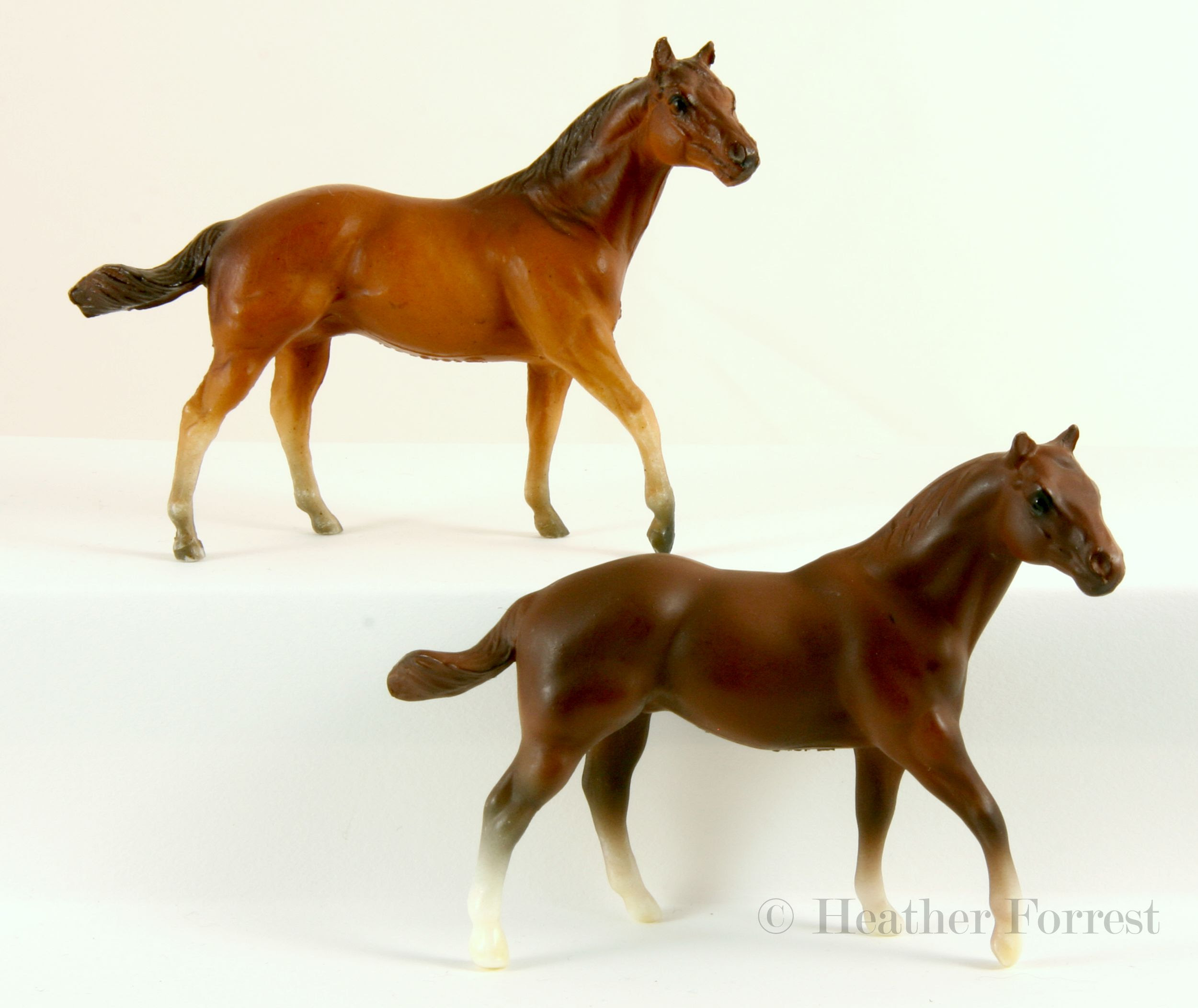 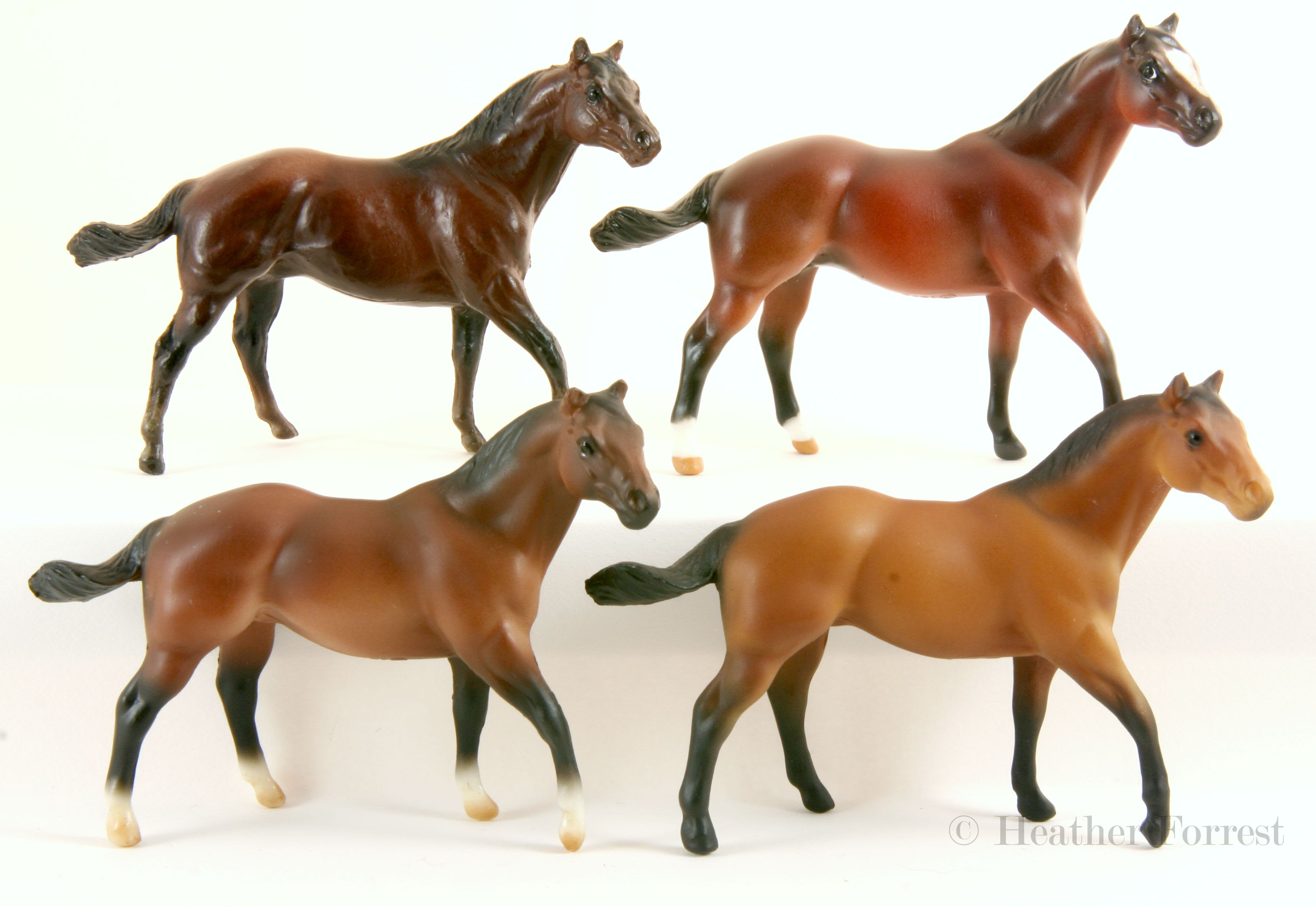 Lighter and more brown-toned than the others is the new plastic 1998 Sears special run. In addition to his four sporty little socks and tan coloured hooves, a model from this run should have a sprinkling of lavender or robin egg blue spots over his haunches. These spots are almost so fine as to be called a mist and at first collectors assumed they were a mistake.