At the 1995 BreyerFest, Jessica, a 19.5 inch doll in riding gear was displayed in the booth of the Bentley Sales Company. Jessica and her accessories, including saddlebags stamped with the Breyer logo, were produced by Götz, but the pair of Stablemates peeking out of her bags were pure Breyer.12


This pair were both regular run releases: #5120 G1 Arabian Stallion and #5141 G1 Thoroughbred Mare.12 These models were both discontinued at the end of 1994 with the rest of the assortment, so maybe this was Breyer's way of getting rid of some overstock? The State Line Tack catalogue carried pictures of the set through 1996, so it's generally assumed the set was discontinued at the end of that year.12

Apparently Jessica and her plastic friends were popular enough for Götz to agree to two additional models. In 1996 the first single, and only named model, was added to Götz's catalogue - a chestnut leopard appaloosa G1 Arabian Mare named Butterscotch.12 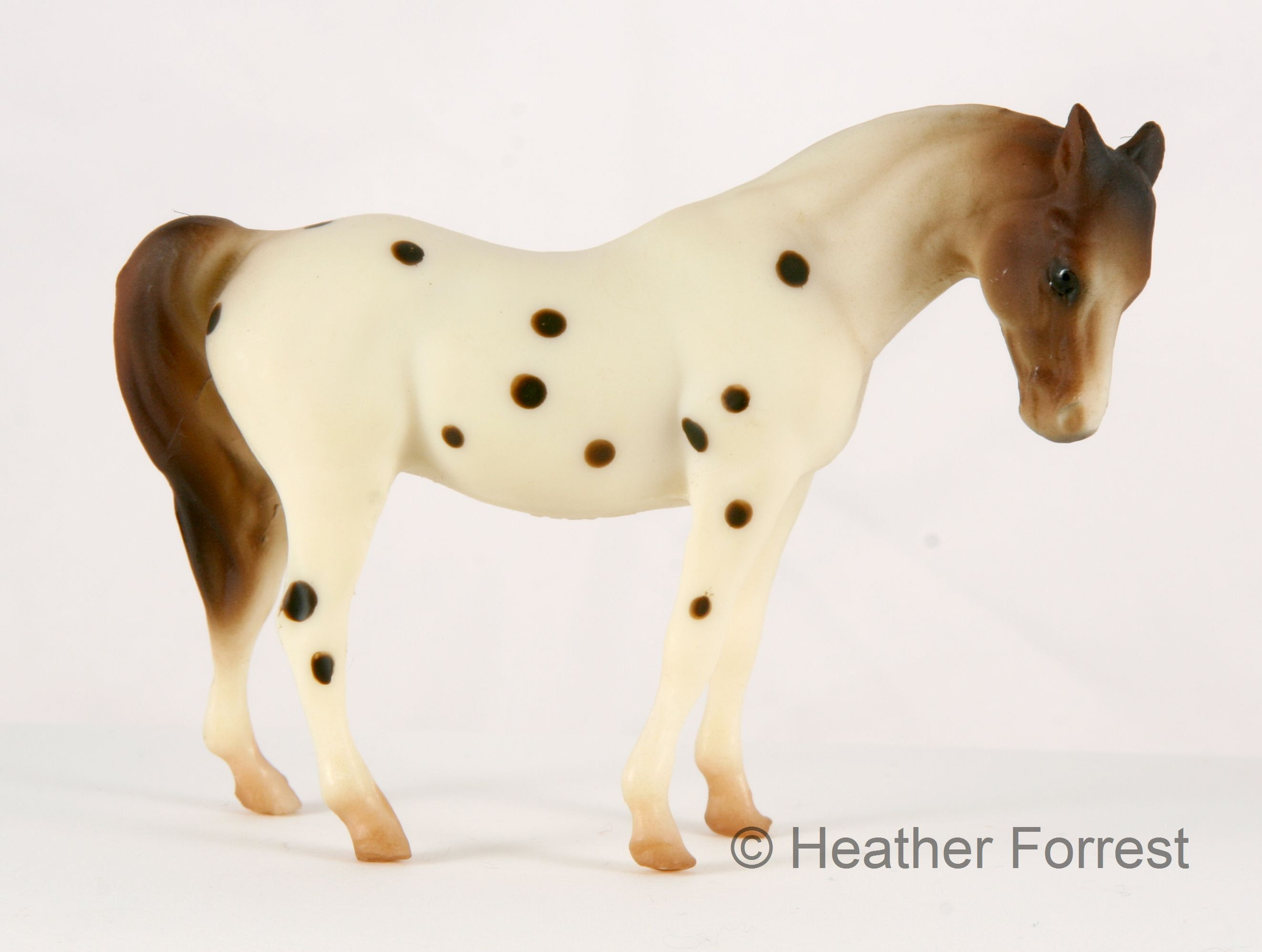 Records from Breyer state around 1,000 of these models were produced, but a model number for the run itself was not listed. The packaging was simple, a small plastic baggie adorned with the following sticker:19


Butterscotch could be found at tack and toy stores which carried Götz products and were also sold through mail order sources such as Back in the Saddle and The Enchanted Doll House.19

She was followed in 1997 by a "sleek, brown and white miniature horse" in the form of a chestnut roan G1 Morgan Stallion which was called Miniature Horse, Miniaturpferd, and Cheval miniature in the catalogue. The model was available through the same channels as Butterscotch.14 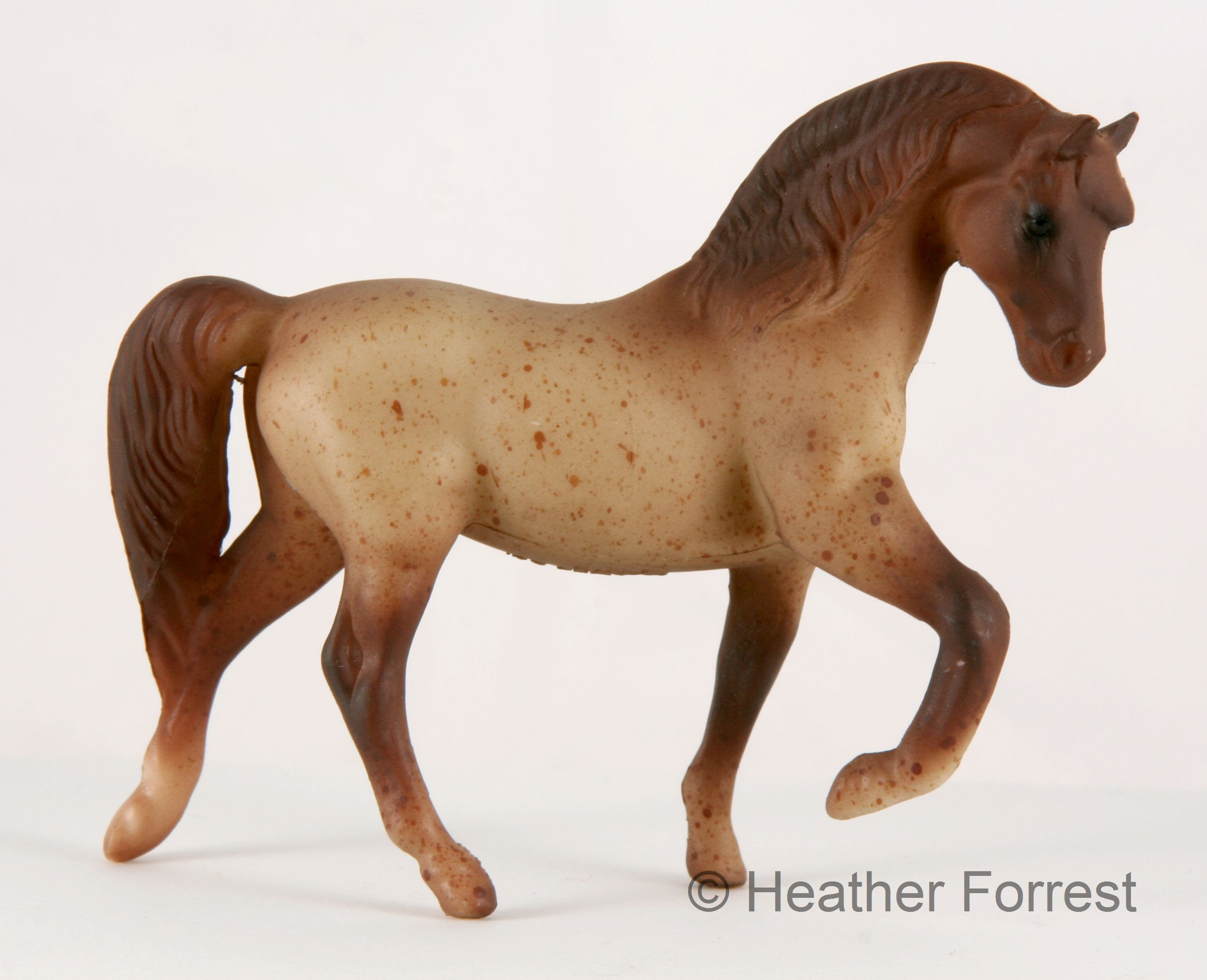 Production numbers and model number for the Miniature Horse are unavailable. Like the previous model, he too came in a plastic baggie with the same sticker as described above.14

There haven't been any other Stablemate/designer doll pairings, but a pair of leather saddlebags did play a role in a G2 set which we will see in time.

Many thanks to Deb Walsmith for providing a picture of the first Götz set!