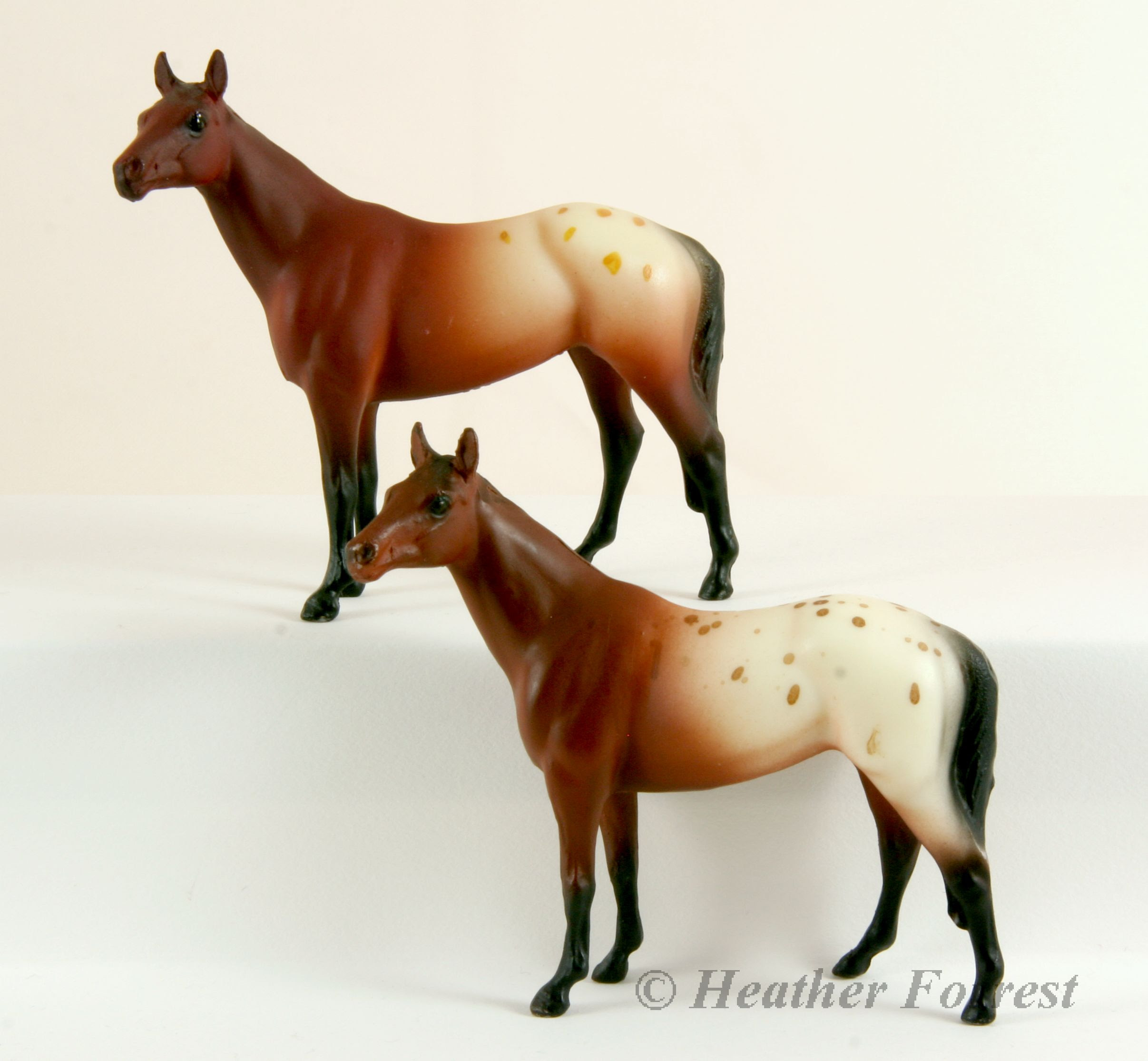 The lower appaloosa mare is the version I first purchased and the one which appeared in the catalogues. Her blanket is more extensive and her spots are more regular and almost match her body in colour.

The upper model I started seeing on the shelves some time in 1997 and appears to have suffered a decline in quality. The blanket is smaller and in addition to being a ghastly pumpkin orange, her spots are quite messy.

There are rumors of a spotless variation out there which I would certainly like to see!