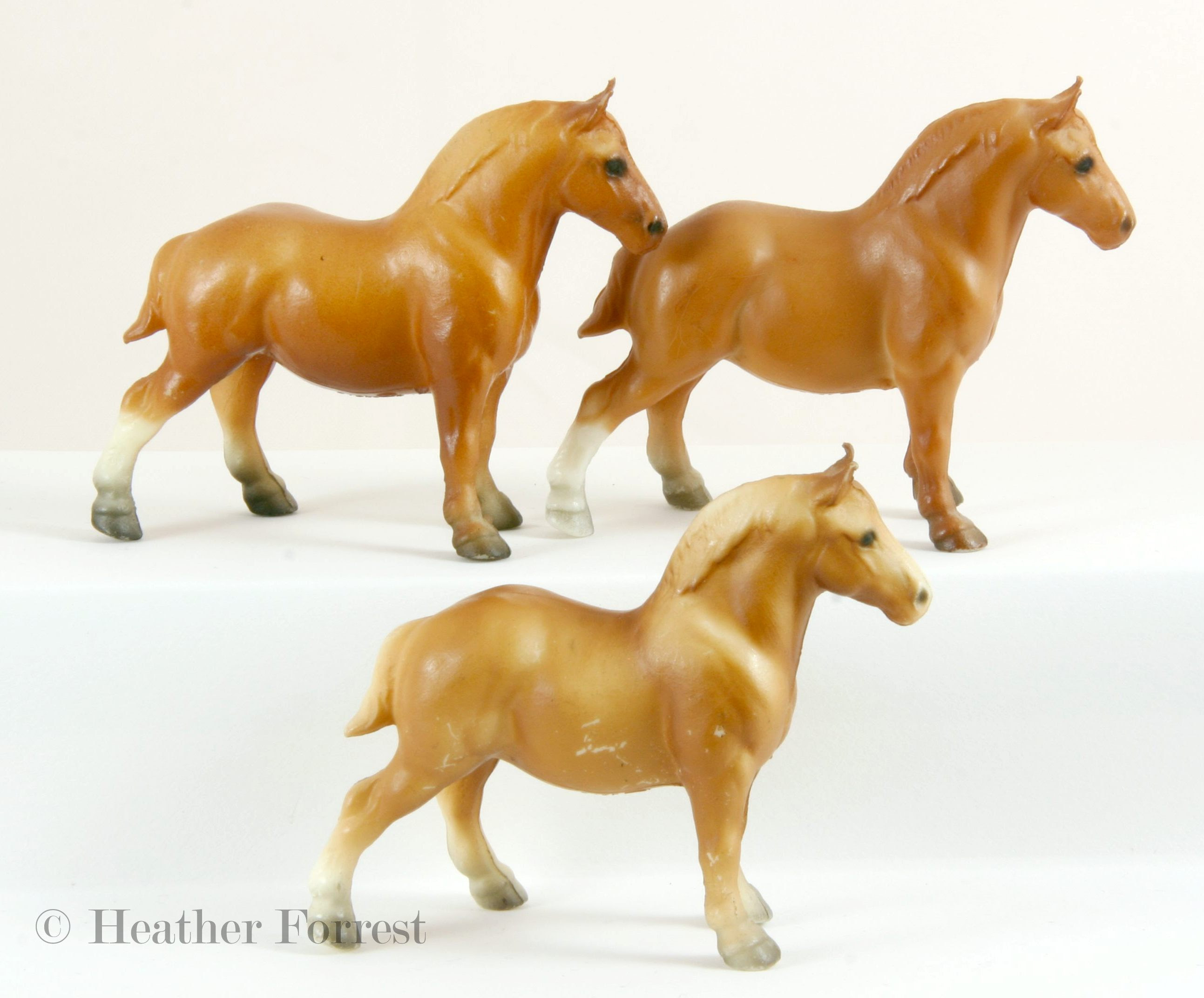 I don't have any of the more extreme variations, but these guys are pretty nifty, too. The first has a slightly darker and much flatter body colour than the other three models. Unlike the others which tend to flaxen points and vague-socks, this guy has a self-coloured mane and tail and one distinct off-hind stocking.

My most extreme variation is the model on the top right, a lovely pale flaxen chestnut with four faint socks and a bald face. He could use some restoration, but he's still an interesting shelf model. I think even if I did touch him up, I'd keep that curled ear; I think it's cute. :)

Our newest guy came as a bonus model when I purchased the Riegsecker's set and I think he's my new favourite! He's slightly flaxen, a bit vague-socked on the hind legs, but what makes him really exciting are his grey forelegs and the fact that he's one of the 70s 'roans' that pop up from time to time on the early production chestnut and palomino models!

Our final guy on the bottom right doesn't seem so exciting compared to the others, but he's a nice and pumpkin-y orange with some highlights to his coat, more or less flaxen mane and tail, and three-ish leg markings (depending on which side you're viewing).

How do I not have more of these guys?!