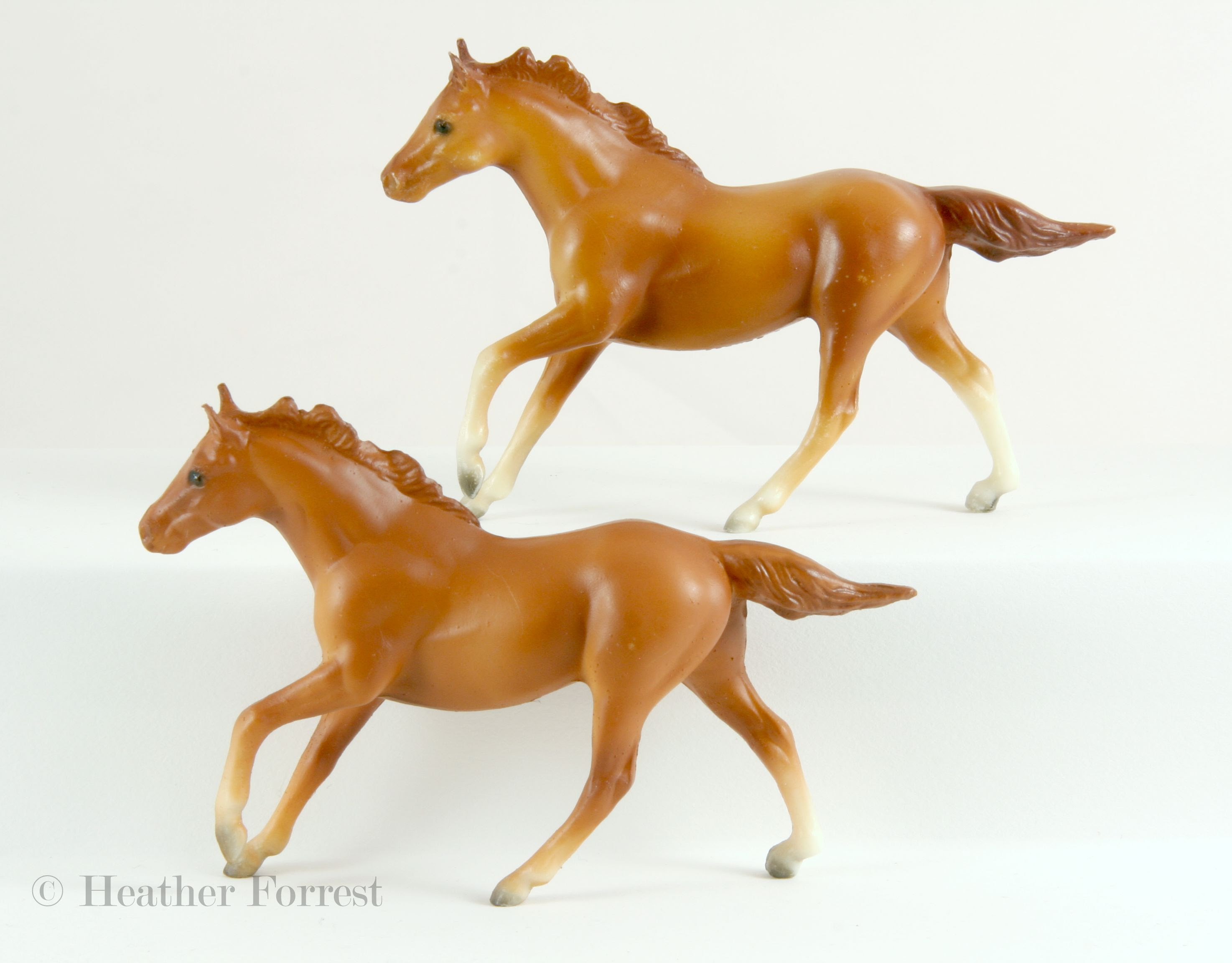 These two exhibit variations in finish, markings, and colour, all rolled up into one. As you can see, the upper model has four-ish stockings and a satin to semi-gloss finish while the lower model only has one distinct sock (off-hind) and a very matte finish.

The upper model also has more contrast between the body and mane/tail colour, more of a yellow tone to the body colour, and more shading. The lower model's colour is much deeper, especially in person, and is quite flat with few highlights.


Next are the bay Morgan Stallions. I have seen this release listed as identical to regular run #5184 "Stablemate Assortment - Morgan Stallion" 1995-97, but that is highly inaccurate and we will cover that subject further in a Look-Alike post. 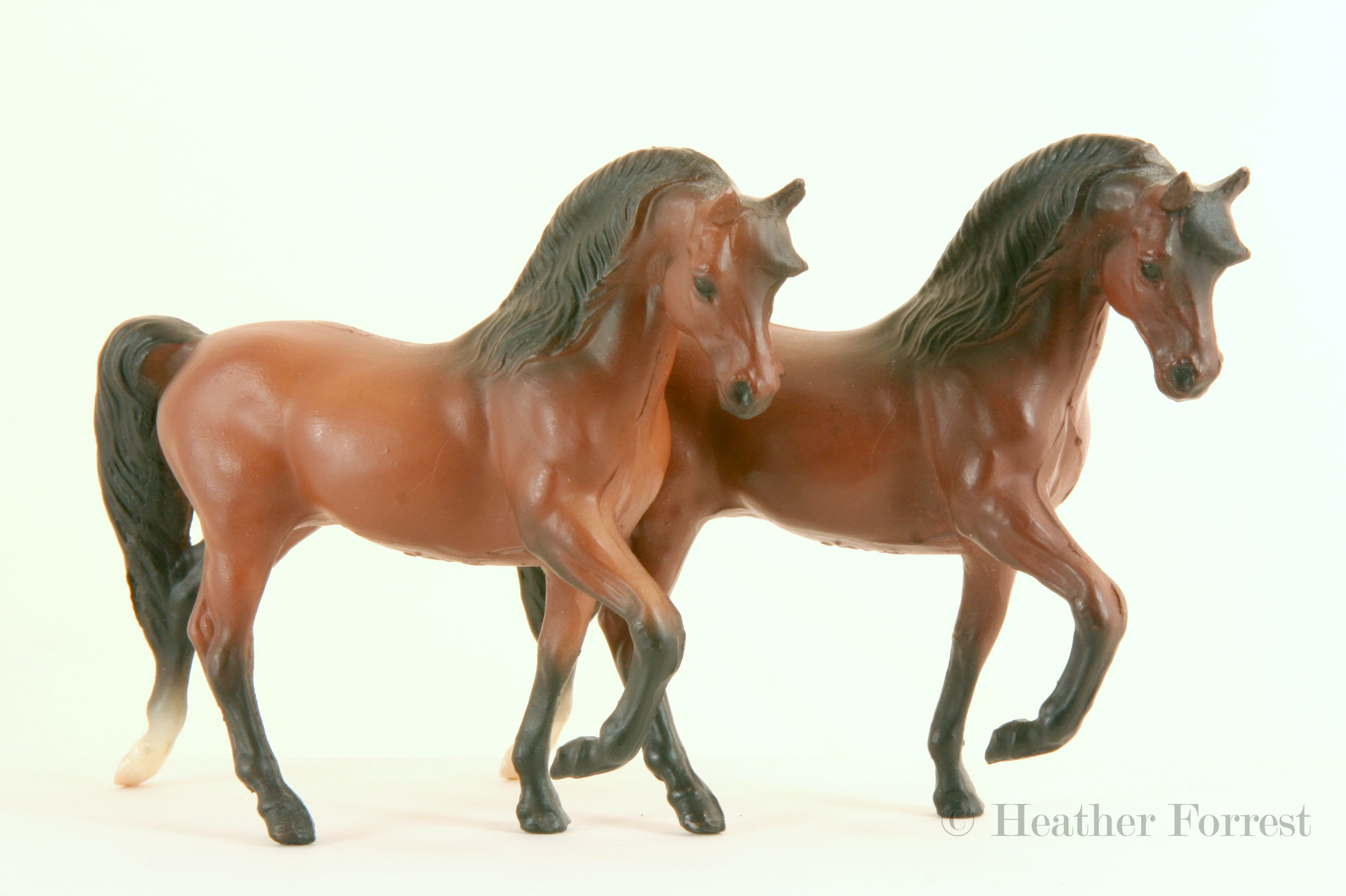 The model to the right is from my original set while the one to the left is a variation I purchased in 2007. My original model is several shades darker, with more of a plum-tone and a satin finish. I always thought of his colour as "walnut" bay. My newer model has more of a cherry-tone and a flat, almost "clay" finish.

Something I find interesting is even though my Morgan Stallion and Seabiscuit variations were purchased miles apart, they both exhibit the same flat, 'clay' finish compared to my original set. Coincidence, or perhaps was this finish typical of a particular period in the release history of this set?


And finally, the dapple grey Arabian Mare. The dappling technique used on this run is referred to as 'bubble dappling', which replaced the earlier 'splatter dappling' method.

While 'splatter dapples' were created thorough using a grease-resist method, 'bubble dappling' utilized water instead. A model would be lightly misted with water which would bead on the polished surface of the model, then a coat of paint would be applied. The paint would dry extremely quickly and then the water would be wiped away, leaving the characteristic polka-dot dapples behind.

Though these two girls don't differ much in finish or markings, the variation in colour they exhibit is much more obvious than in the previous examples.