This was the first time the Stablemate foals had been seen in the regular line since 1988 when the Stable Set was finally discontinued. Four "mare" and foal sets were issued in a variety of new colours. Three out of the four sets used Stallion molds, so the names of the sets weren't terribly accurate, but who could care when they came in such a fabulous variety of colours? My guess is that they had the following criteria in mind when choosing which molds to use: 1. most popular, 2. easy to package, 3. looked well paired with one of the two foal molds. 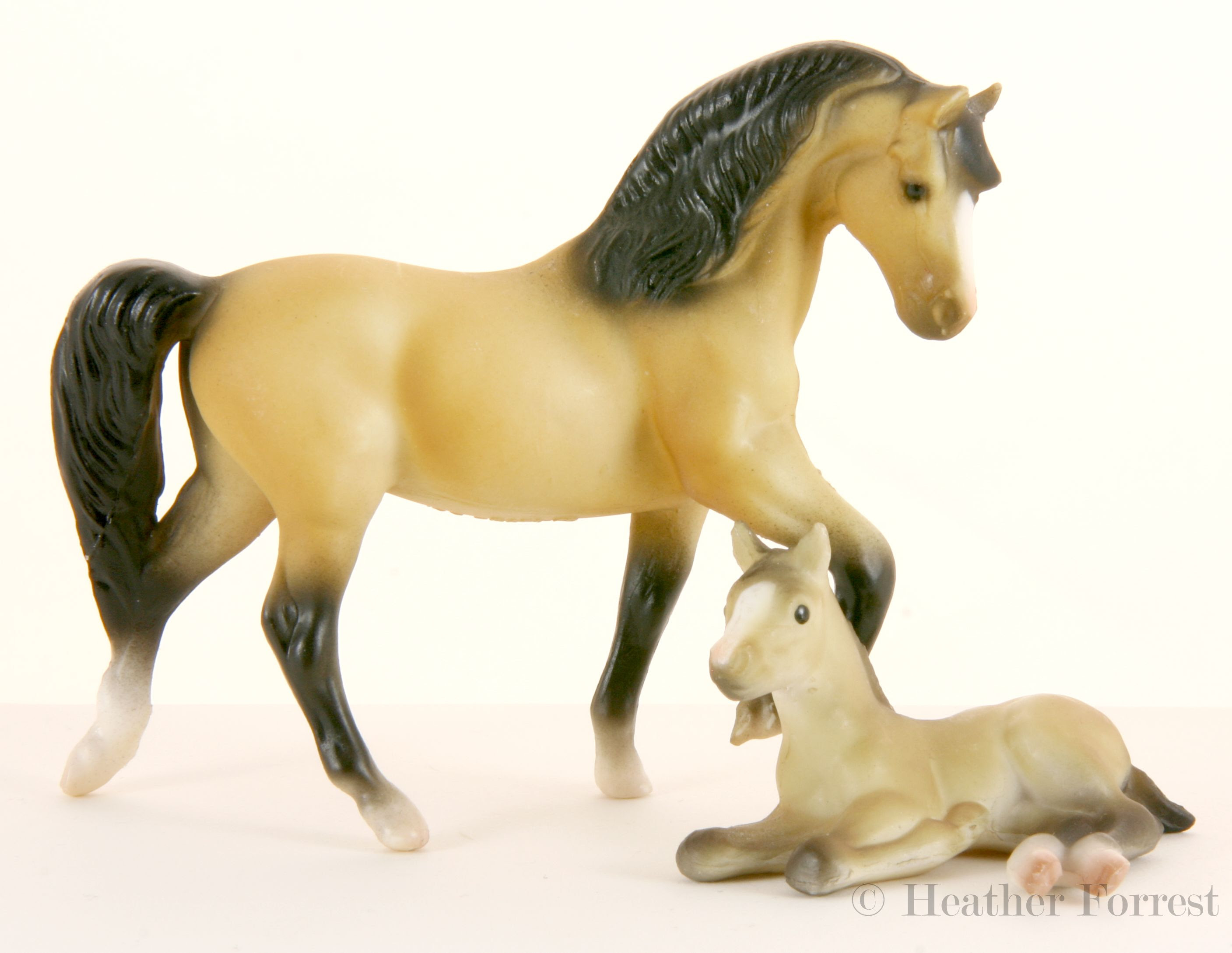 The #59971 Morgan Mare and Foal set consists of a buckskin Morgan Stallion and a matching Thoroughbred Lying Foal. They both sport distinct socks, shell coloured hooves, and blazes complete with little pink snips. The buckskin colour on both models is that shade yellow Breyer seemed so fond of in the late 90s, but it doesn't detract from the charm of the set. 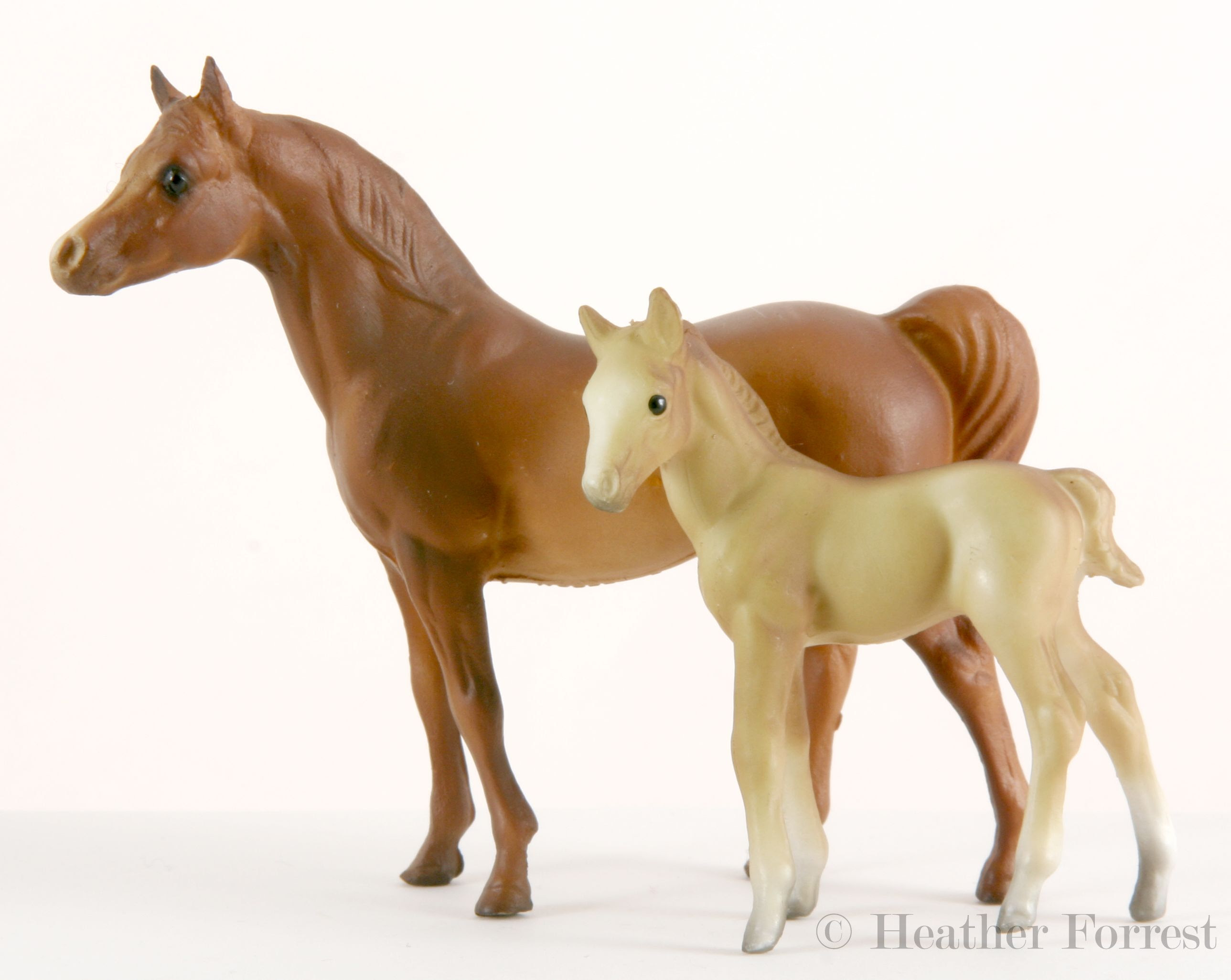 An Arabian Stallion and matching Thoroughbred Standing Foal make up set #59974 Arabian Mare and Foal. The Stallion, err mare, is a deep red chestnut and his foal is the loveliest shade of pale baby chestnut. While the other sets sport crisp, stenciled markings, the vague, airbrushed socks and bald-ish face on the foal are more reminiscent of Stablemate days gone by. 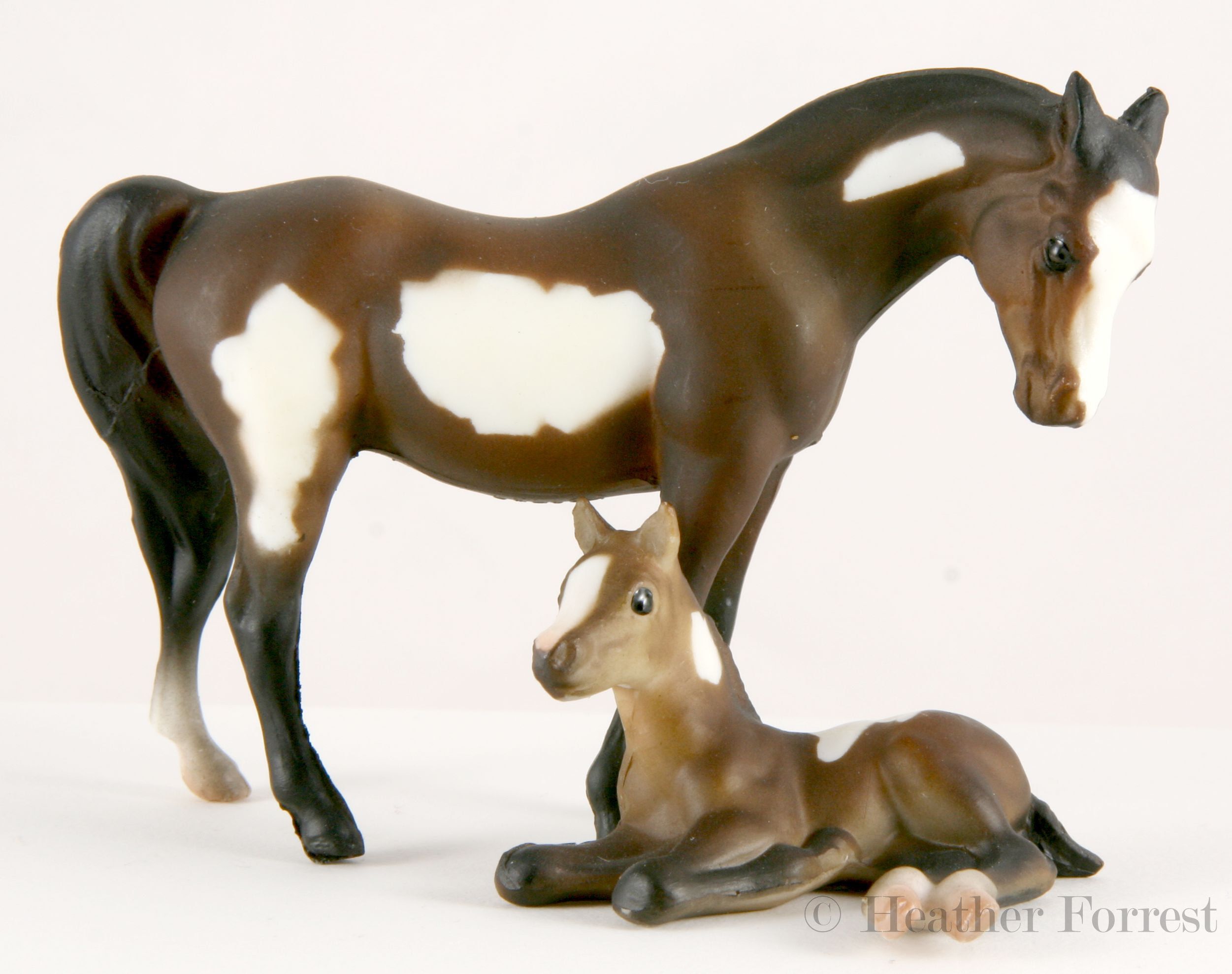 The bay frame Arabian Mare and her matching Thoroughbred Lying Foal in the  #59972 Pinto Mare and Foal set both have nicely stenciled markings. The mare has a big bonnie bald face while her foal sports a slightly more conservative blaze ending in a little pink snip. Incidentally, this was the only set to actually use a 'mare' mold. 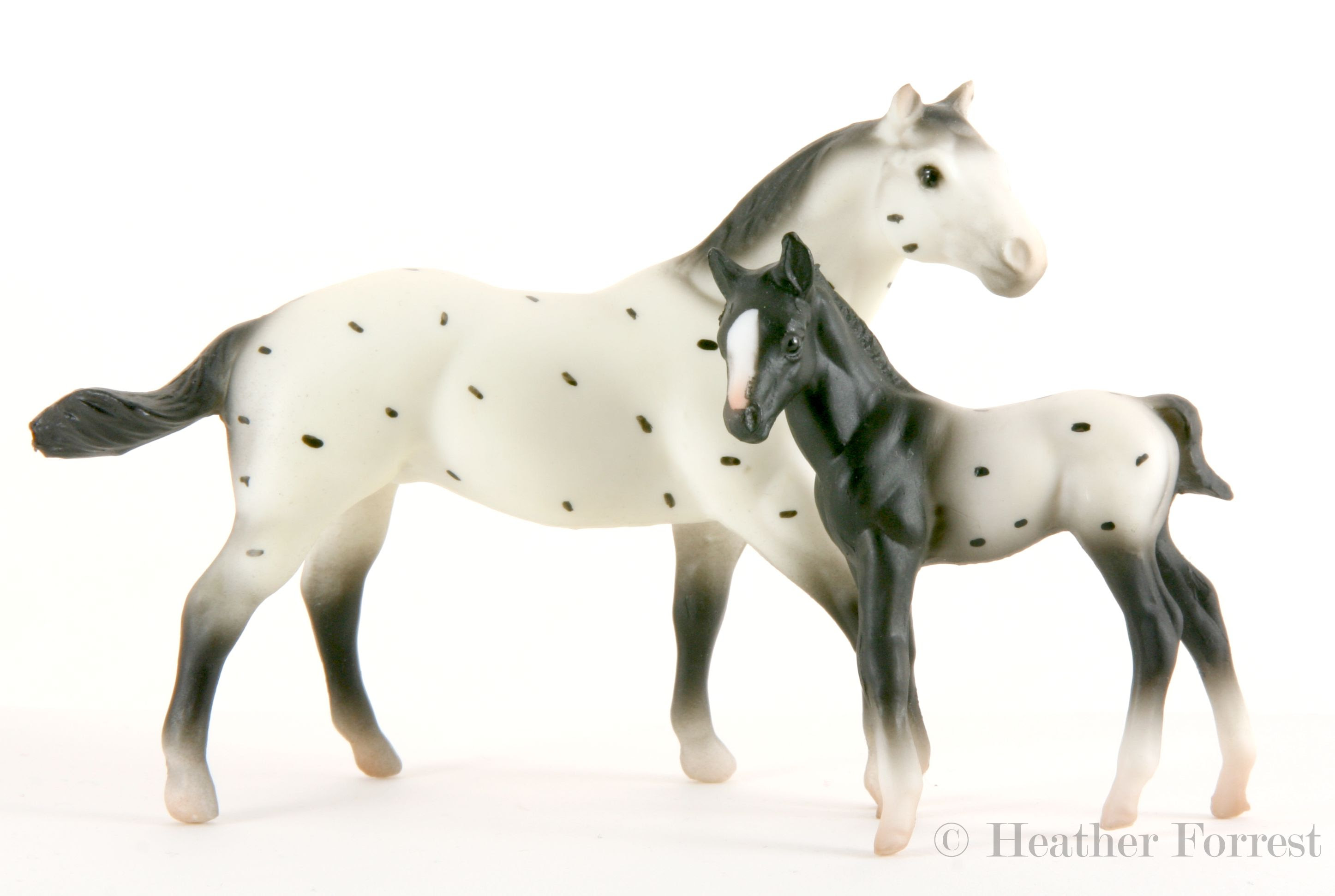 Of course, if you have pintos, you have to have appaloosas. #59973 Appaloosa Mare and Foal has a black leopard appaloosa Quarter Horse Stallion accompanied by a smashing black blanket appaloosa Thoroughbred Standing foal with an adorable little blaze and four socks. Though the design was a good one, the execution in this case fell a bit short. The 'spots' which looked to be hand-painted, have an unfortunate tendency to be more dash than dot.

In 2000 these sets were replaced with new ones when the Generation Two Stablemate Foals appeared.

Though the Thoroughbred Foals would never again be sold as part of the Singles Assortment as they were in the 1975 line, they continued to play a major role in gift sets, play sets, and as special runs until the mold lease expired in 2005.