Waaaay back in 1994 Breyer had a brief fling with Bonnie Bryant's The Saddle Club book series. In 2008, coinciding with the airing of the third and final season of The Saddle Club TV series, Breyer released a line of merchandise tie-ins with plushies, Mini Whinnies, Traditionals, Classics, and of course, Stablemates.

All of the Stablemate sets are based on episodes from the first season which aired in 2001. 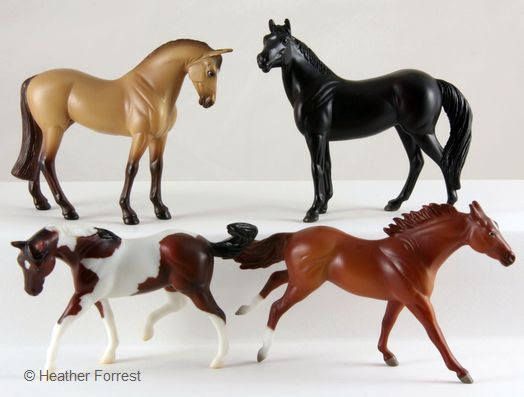 #5500 Saddle Club 4 Piece Set (2008-11) introduces the four of the horses used by the main characters; the girls went through several changes of mounts during the show. 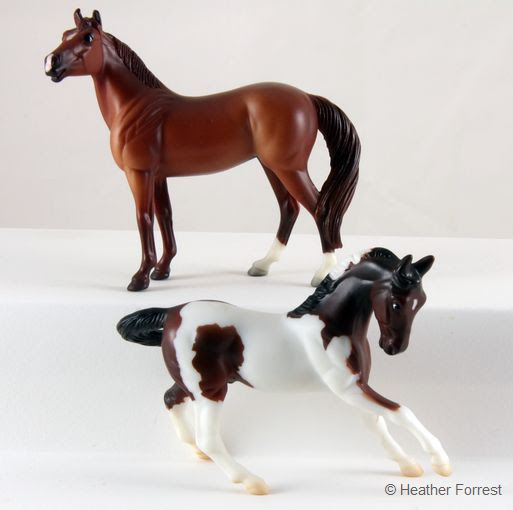 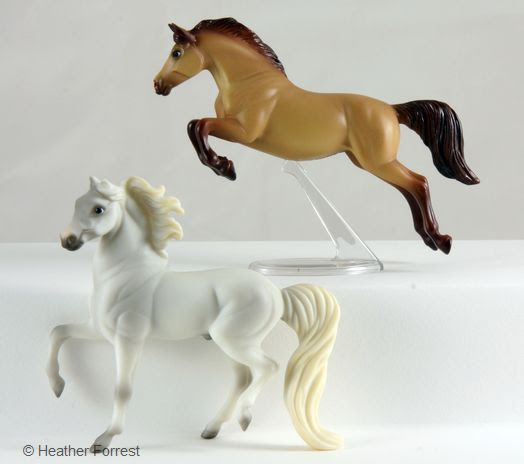 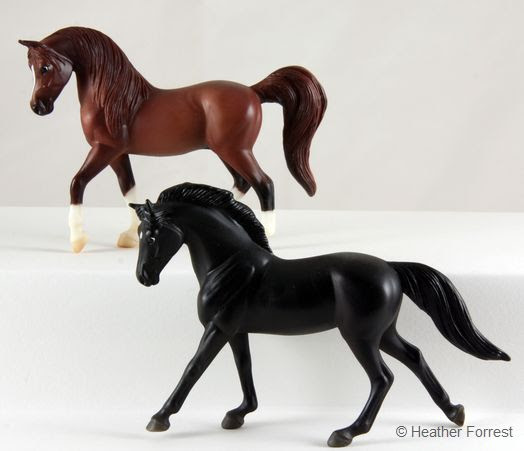