Thus far, the Sicilian Donkey has been available in a very limited range of colours; two to be exact, grey and brown. Half of these have been reissues. 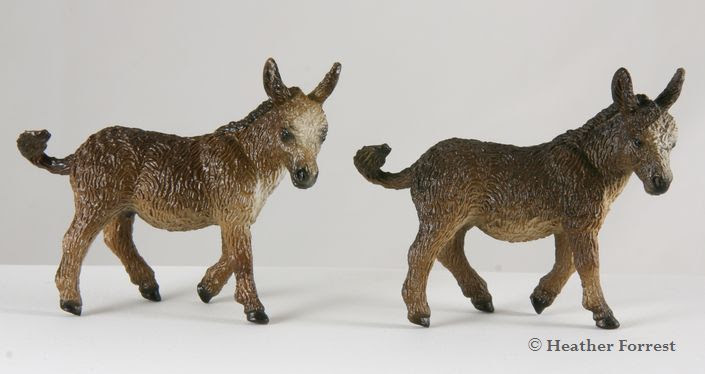 Colour, shading, and finish can vary a bit, but the model is a mousy brown with a hint of grey, with lighter belly shading, some light shading on the face, darker hooves, and sometimes faint dorsal striping, muzzle and mane/tail shading. 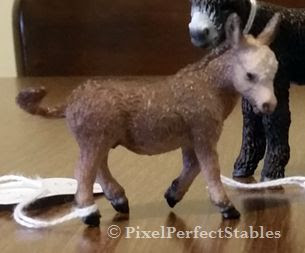 #701720 Stablemates Visiting Vet Horse and Trailer (2012-14) might be extra #5927 models, but some collectors have reported that these models are lighter and more grey-brown than brown-grey. 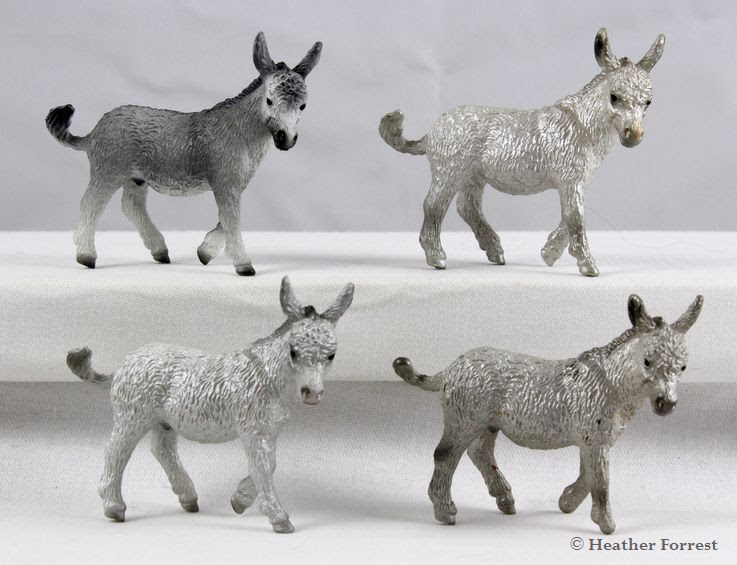 The grey models are slightly easier to tell apart, thankfully.

#059204 Stablemate Deluxe Animal Hospital (2010-Current) is a matte medium grey with white shading on the belly, legs, and face. The mane/tail, hooves, muzzle, and forehead are darker. This model was also released as part of the JCPenney Stablemates Animal Care Center (2010)

The model on the bottom-right is a #5950, but is darker than his sibling and has leg shading like #5366. He looks like he could be a variation from either set, but I marked him when I opened him so I'd remember which one he came from. He's also a bit of a factory "oops" as his front hooves and tail weren't molded properly.

Many thanks to Amanda Reed of PixelPerfectStables for providing pictures for this post!