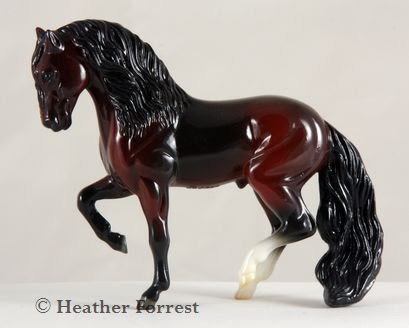 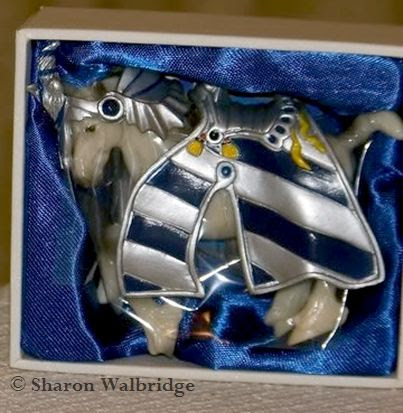 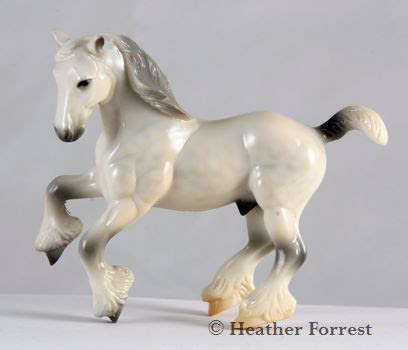 Breyer upped the ante a bit for the 2005 BreyerFest. The Single Day models were still packaged in the white boxes, but this time it came with accessories. 4,000 of the #711215 Ronin (2005) sets were made. These contained a glossy dappled white-grey G2 Clydesdale in blue and silver jousting tack. 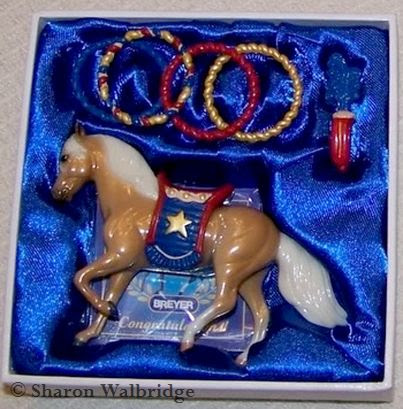 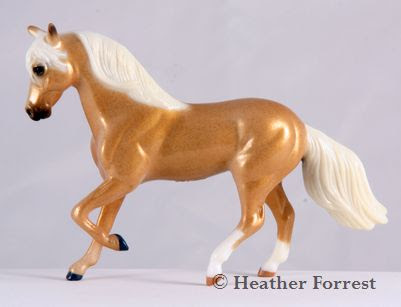 The 2006 Single Day Ticket model was even more elaborate, this time there wasn't only tack, there were accessories. #711206 Trixie (2006), a glossy palomino G2 Paso Fino, was dressed in circus tack and came with her show accessories. 3,050 of these sets were produced. 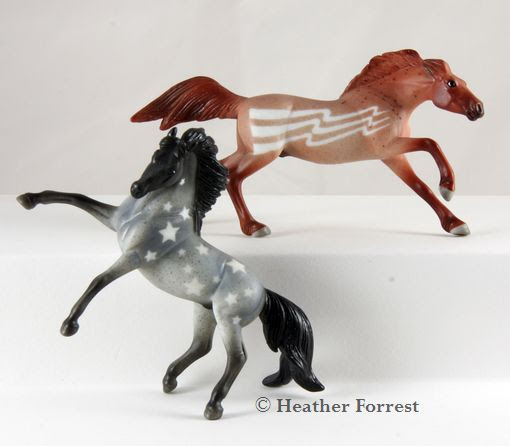 In 2007, Breyer tried something a little different. This year there wasn't any fancy tack and the models weren't glossy, but now there were two different models. A Single Day ticket holder had the chance of choosing Stars or Stripes. Depending on who was handing out the models, one could have their pick or simply rely on luck of the draw. 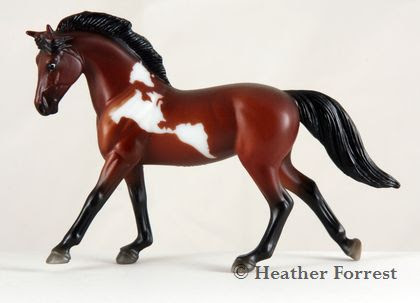 
For the 2009 Birthday Bash Breyer tried something new - a Gambler's Choice with five different colours available. These will be covered in another post.

In 2010 Breyer returned to the single model formula. Like in 2007, there were two models available, but this time, the packaging had changed. Instead of white boxes, the models came in red velvet drawstring bags. 1,500 of each model were made. 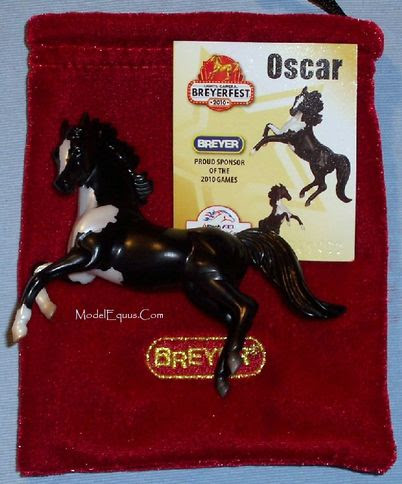 #711210 Oscar (2010) is a black splash G2 Rearing Arabian. The model has a pearly finish which is especially noticeable on the with markings. 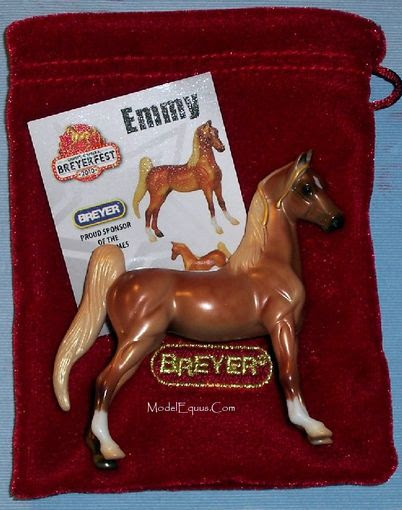 Many thanks to Sharon Walbridge and Kris Chernoff of Model Equus for providing pictures for this post!